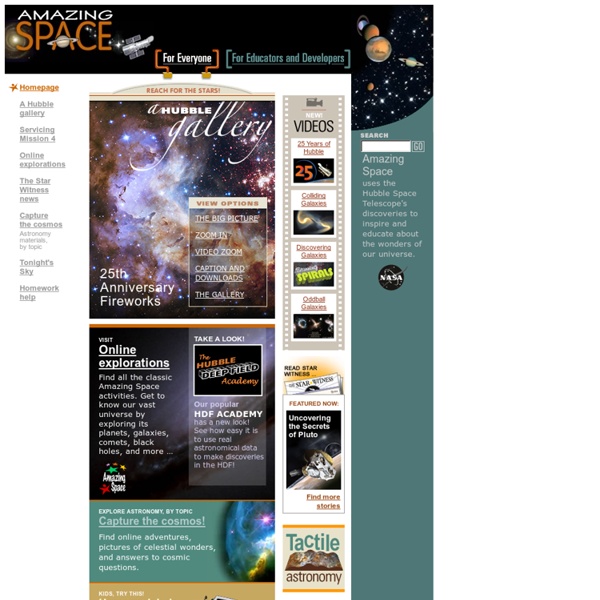 Beyond 2012: Why the World Didn't End Beyond 2012: Why the World Didn't End If you're reading this story, it means the world didn't end on Dec. 21, 2012. Despite reports of an ancient Maya prophecy, a mysterious planet on a collision course with Earth, or a reverse in Earth's rotation, we're still here. The Mayan connection "was a misconception from the very beginning," says Dr. John Carlson, director of the Center for Archaeoastronomy. 50 Years of Incredible Space Images From the European Southern Observatory This week marks the 50th anniversary of one of the world’s leading astronomical institutions, the European Southern Observatory. In honor of ESO’s birthday, we take a look at some of its most stunning shots of the night sky, amazing objects in space, and the organization's beautiful telescope facilities. ESO started when astronomers from five European countries – Belgium, France, Germany, the Netherlands, and Sweden – came together on Oct. 5, 1962 to build a telescope in the Southern Hemisphere. Having a large telescope south of the equator gave these member states access to unprecedented clear skies and celestial objects that simply can’t be seen from the Northern Hemisphere, such as the Magellanic Clouds. Over the decades, many more countries have joined, including Denmark, Switzerland, Italy, Portugal, the United Kingdom, Finland, Spain, the Czech Republic, Austria, and, in 2010, Brazil, which became the first non-European state to join.

Web 2.0 Science Tools By Laura Turner The following web2.0 sites would be useful for science educators at the high school and middle school level. Some would also be appropriate for higher elementary grade levels. collect space space history and space artifacts news Long before the first Instagram from space, the first check-in from orbit, or even the first astronaut's tweet, John Glenn sent an email to Bill Clinton. The reply it prompted was the very first email transmitted by a sitting U.S. president — it just happened to be to space. April 18, 2014SpaceX launches science-packed Dragon capsule on space station supply run A commercial cargo spacecraft loaded with more than two tons of scientific experiments and equipment lifted off for the International Space Station on April 18, after more than a month of delays.

School and Education Technology Webinars eSchool News is proud to present a variety of webinars on the hottest topics in education technology. Our webinars are a great place to learn about new technologies, how your colleagues are solving concerns you may have and more. All of our webinars are free, just click on the links below to register. Across Our Blogs: Mars Curiosity Rover Moonrise, New Rover, Billion Pixel Marsscape Seems the Mars Curiosity Rover has been a busy little six-wheeled fellow these past few weeks. Here's a roundup of news related to the rover, from top Technorati listed science blogs... From ArsTechnica - Curiosity rover shoots video of Martian moonrise - NASA released a time-lapse video of the Martian moon Phobos, as it ascends into view. From GizMag - Curiosity begins long trek to uncover Red Planet's secrets - the rover has begun a multi-month journey to Mount Sharp, where it will dig in to find signs of past life. During its travel time, it will likely celebrate it's first year anniversary of being on the red planet's surface. From The Huffington Post - Mars Water?

Edutech for Teachers » Tech Tip of the Week Gooru: Science & Math Resources February7 Resource: Gooru is new service whose mission is to provide teachers and students with a variety of multimedia resources – videos, diagrams, interactive displays, documents and quizzes – related to 5th–12th grade science and math topics. By creating a Gooru account, one has access to over 50,000 resources categorized into a variety of subject areas: earth science, biology, chemistry, geometry, and algebra to name a few. Magnifying the Universe Embed this infographic on your site! <iframe width="500" height="323" scrolling="no" src=" frameborder="0" allowfullscreen></iframe><br />Copyright 2012. <a href=" the Universe</a> by <a href=" Sleuth</a>. The above is an interactive infographic. We have also developed a complimentary poster that you can view here: Sizes of the Universe poster. If you're technically inclined, here's a look at the references we used to construct these infographics: Facts About The Universe.

Creating a Learning Environment for Young Children The following is an excerpt from Teaching Our Youngest. Introduction What do effective preschool teachers and child-care providers do? What does a classroom that can enhance learning look like?