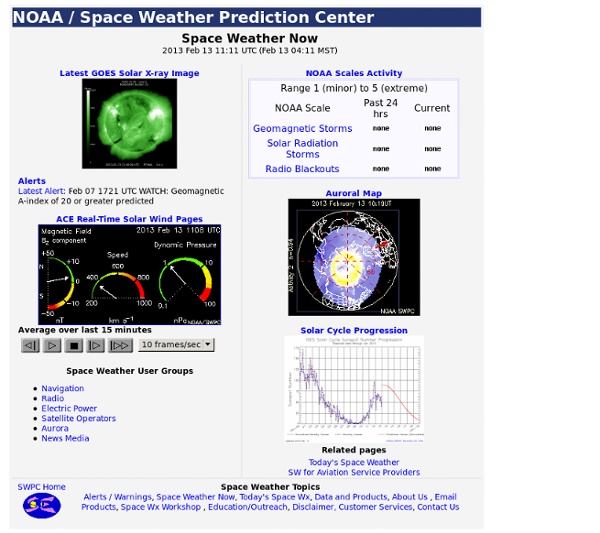 LUNAR LIGHTS ON A HOLLOW MOON? Nevertheless, official NASA transcripts and blatant censorship of audio transmissions don't get any more ominous. Over the past year, I have discovered that there are many mysteries in which NASA and the moon share. I've already provided some evidence of NASA obscuring certain elements during the Apollo Missions (more below) - but were they already aware and prepared for spooky things being seen or heard on the moon before the Apollo missions were even launched? Strange lights and objects have been recorded on our moon for hundreds of years. In 1787, legendary astronomer, Sir William Herschel, recorded strange lights traveling across the dark lunar surface. The classical Greek philosopher, mathematician and scientist Plato also reported anomalous lights on the moon sometime around 400 BC. So could great historical minds like Sir William Herschel have been correct? However, NASA has tried their best over the years to blur and obscure many of these structures. In 1962, NASA scientist Dr.

LIVE REAL TIME SATELLITE TRACKING AND PREDICTIONS: GOCE FRANCE MANEUVERS INTEL SATELLITE TO AVOID DEAD WEATHER SPACECRAFT - One of four French electronic-intelligence satellites flying in formation in low Earth orbit was forced to perform a collision-avoidance maneuver after U.S. and French space-tracking radars determined that it was on a collision course with a large piece of orbital debris, the French air force said. The satellite that had to be moved is one of four identical 120-kilogram Elisa demonstrator satellites launched into a 694-kilometer low Earth orbit in December 2011. With both French naval and German ground-based precision space-surveillance radars out of service for several months for maintenance, the French military deployed two of its own, less-precise ground radars, located in Sommepy in northeast France and Solenzara on the island of Corsica in the Mediterranean, to track what the French air force said was a dead satellite. More (Source: Space News - Apr 24)

Space Weather – implications for Planet Earth and Humankind The Mediasite presentation cannot be played back. The requested presentation content can be played using the following plugins:WindowsMedia, Silverlight, Html5 We have detected that your browser supports the following plugins:None Leonid Meteor Shower 2013: How To See 'Shooting Stars' This Weekend Get ready to see some "shooting stars" this weekend, skywatchers. The 2013 Leonid meteor shower is expected to be visible from Nov. 16 through Nov. 18. Weather permitting, observers around the world should be able to see the brightest "Leonids" streak across the sky from Saturday night through Sunday morning. Unfortunately, this year's Leonid meteor shower will not be as visible as the show has been in the past years. Like last year's Leonid meteor shower, projections suggest that there will be two peaks of activity -- one at 5 a.m. NASA recommends going outside 30 minutes ahead of the show, so your eyes can adjust to the night sky. For those who are unable to step outside or can't view the meteors from their location, NASA and the privately owned SLOOH Space Camera are both offering live streams of the radiant show. Watch NASA's broadcast of the Leonid meteor shower from Huntsville, Ala., on Ustream, or see SLOOH's all-sky view in the video above. Also on HuffPost:

Is Comet Elenin a Brown Dwarf Extinguishing Earth in October 2011? « chaukeedaar's blog Some days ago an interesting video was uploaded on YouTube by several different users (see at the end), showing an animated orbit diagram from the official NASA Jet Propulsion Laboratory website. I could not find the initial source, but the narrator presents himself as Mike from silvercoin.com. The video shows the expected orbit of comet Elenin as it will go through our inner solar system this year. It seems that every time this comet aligns with the Sun and the Earth, major earthquakes happened on Earth. Alignment 1, February 27. 2010: Chile earthquake (8.8)Alignment 2, September 4. 2010: Christchurch earthquake (7.2)Alignment 3, March 15. 2011: Japan earthquake (9.0) Future dates from the orbit: Alignment 4, September 27. 2011Alignment 5, October 12. 2011: Physical pole shift? * comment: This is the only little “error” I found in the video because the author forgot about three-dimensionality. Earth passing the Tail of Elenin November 5. 2011 Different Perspective Like this: Like Loading...

Comet ISON Visible To Naked Eye After Outburst Of Activity, Observers Say Get ready for a stellar show. The much-anticipated Comet ISON is now visible to the naked eye according to reports from many observers. Comet ISON — the potential "comet of the century" — has suddenly brightened in an outburst of activity with just two weeks to go before it literally grazes the surface of the sun. In recent months, Comet ISON has repeatedly befuddled forecasters trying to anticipate just how bright it will ultimately become. An hour before sunrise on Monday morning, November 18, catch a sight of the elusive planet Mercury, with brightening Comets ISON and Lovejoy as a bonus. Comet ISON lightens up, literally Comet ISON is now in full outburst mode, becoming many times brighter over just the past few days. According to veteran comet observer, John Bortle, Comet ISON was shining only at magnitude +8.5 on Monday (Nov. 11) morning — more than six times too dim to be visible to the unaided eye. Justin Ng sent in a photo of comet ISON, taken in Singapore, Nov. 4, 2013.

Giant Ribbon Discovered at the Edge of the Solar System + Play Audio | + Download Audio | + Join mailing list October 15, 2009: For years, researchers have known that the solar system is surrounded by a vast bubble of magnetism. Called the "heliosphere," it springs from the sun and extends far beyond the orbit of Pluto, providing a first line of defense against cosmic rays and interstellar clouds that try to enter our local space. Although the heliosphere is huge and literally fills the sky, it emits no light and no one has actually seen it. Until now. NASA's IBEX (Interstellar Boundary Explorer) spacecraft has made the first all-sky maps of the heliosphere and the results have taken researchers by surprise. Above: IBEX's all-sky map of energetic neutral atom emission reveals a bright filament of unknown origin. "This is a shocking new result," says IBEX principal investigator Dave McComas of the Southwest Research Institute. Although the ribbon looks bright in the IBEX map, it does not glow in any conventional sense. Stay tuned for updates.

Astronomers Get First Peek at Atmosphere of a "Super-Earth" Exoplanet Someday in the coming years, if astronomers finally succeed in locating a virtual Earth twin outside the solar system—a tiny dot of a world at a temperate, life-enabling distance from a sunlike star—the achievement will hardly be cause for resting on observational laurels. Instead another race will begin: to characterize the planet and its atmosphere and to determine if the world is truly habitable or, tantalizingly, if it is already inhabited by some extraterrestrial life-form. In the meantime, astronomers are honing their techniques on the closest thing available—so-called super-Earths, just a few times the mass of our own planet, which are too hot to be habitable but are interesting in their own right. To that end, a team of researchers has managed to capture the light spectrum of a super-Earth backlit by its host star. "This is the most accessible way to study these planets' atmospheres," says lead study author Jacob Bean of the Harvard-Smithsonian Center for Astrophysics.

How To Stop Taking Out Your Anger On Others By Martha Beck What do you do when you're stressed, swamped or seriously overwhelmed? Unleash hell on an innocent bystander, of course! But if you'd rather stop displacing your feelings and start facing your troubles head-on, Martha Beck has a game plan for you. So your best friend at the office is suddenly let go, and you spend the rest of the day dreading that the ax is about to fall on you, too. Later, at home, you hold it together -- until your 6-year-old pops out of bed for the fifth time, asking for another glass of water. Or maybe as soon as you leave the office, you head to your parents' house for your second shift. Or perhaps one morning, without even meaning to, you notice a series of intimate texts between your boyfriend and someone named Tiffany. Psychologists call this phenomenon displaced aggression. Know How to Roll The cause of stress-rolling is always the same: You experience a situation in which you feel too overwhelmed, confused or scared to express your true feelings.