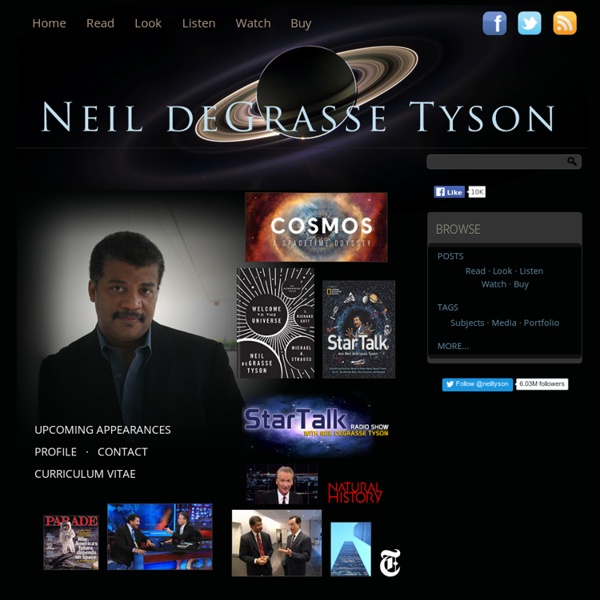 Astronomy.com - Interactive Star Charts, Planets, Meteors, Comets, Telescopes Orfeo: A Dialog between Robert Hunter and Terence McKenna This is Part OnePart TwoPart ThreePart FourPart Five (current) Terence, in reading your books I was struck with how closely your DMT experiments paralleled my own. I wasn't surprised by the confirmation, as you might guess. Robert Hunter Greetings Bob-- I was interested in what you had to say about being an explorer of the DMT world until the management told you to stay away. I enjoy the idea of a slow moving dialog, I hope this can continue. Best, T Terence, I suppose the "facts" of DMT might as well be written in cunieform on our breastbones for all the good it does to know about it, as opposed to "dwelling in the know of it." My personal take on the "secret" of DMT: it was long, hard work making this world real. My take could be way off base but anything more Gnostic is off-putting. In saying any or all of this, it's only sane to assume I'm dead wrong since I'm speaking in polar terms. We need a few verbs and prepositions to explain ourselves. I don't want to sell this stuff, DMT. Bob--

15 Deadliest Beach Creatures Keep away from any of these 15 deadly creatures when you next visit the beach. 1. Portuguese Man-of-War Jellyfish Not a true jellyfish, the Portuguese Man-of-War is a siphonophore – a colony of organisms living together. Source 2. The Marble Cone snail shell looks beautiful but the sea creature inside is deadlier than any other possible beach inhabitant listed here. Source 3. Ocean-going trawlers are where most sea snake bites occur since the snake can be hauled in along with desirable catch. Source 4. The marine snail which inhabits cone shells are found in reefs all around the globe. Source 5. The Dornorn, commonly called the “stonefish” is among the most venomous beach creatures on the planet. Source 6. Box jellyfish, known commonly as sea wasp, is probably the most dangerous beach creature listed here. Source 7. A Blue-Ringed Octopus, athis golf ball sized sea creature has enough venom to kill as many as 26 people within minutes. Source 8. 9. Source 10. Source 11. Source 12. Source 13. Source

Neil deGrasse Tyson Neil deGrasse Tyson (/ˈniːəl dəˈɡræs ˈtaɪsən/; born October 5, 1958) is an American astrophysicist, author, and science communicator. He is currently the Frederick P. Rose Director of the Hayden Planetarium at the Rose Center for Earth and Space and a research associate in the department of astrophysics at the American Museum of Natural History. From 2006 to 2011, he hosted the educational science television show NOVA ScienceNow on PBS and has been a frequent guest on The Daily Show, The Colbert Report, Real Time with Bill Maher, and Jeopardy!. Early life[edit] Tyson was born as the second of three children in the borough of Manhattan in New York City and was raised in the Bronx.[1] His mother, Sunchita Marie (Feliciano) Tyson, was a gerontologist, and his father, Cyril deGrasse Tyson, was a sociologist, human resource commissioner for the New York City mayor John Lindsay, and the first Director of Harlem Youth Opportunities Unlimited.[3][4] Career[edit] In 2001, US President George W.

The Second Law and Energy | MIT World Telescope Targets Black Holes' Binges And Burps The NuSTAR telescope, seen in this artist's illustration, will soon be sending back data that researchers will use to study black holes. NASA/JPL-Caltech hide caption itoggle caption NASA/JPL-Caltech NASA's newest space telescope will start searching the universe for black holes on Wednesday. Mission control for the telescope is a small room on the University of California, Berkeley, campus, where about a dozen people with headsets rarely look up from their screens. Fiona Harrison, a professor of physics and astronomy at the California Institute of Technology, is the principal scientist for the mission. The beginning of a space telescope's life is particularly stressful. Now, the $170 million telescope is just about ready to begin its hunt for black holes. "We're not actually seeing the black hole," Harrison says. Harrison says they're called black holes because not even light can escape their gravity. "They eat dramatically, but rarely," he says.

SETI Institute Dimensions Home A film for a wide audience! Nine chapters, two hours of maths, that take you gradually up to the fourth dimension. Mathematical vertigo guaranteed! Click on the image on the left to watch the trailer ! Free download and you can watch the films online! The film can also be ordered as a DVD. This film is being distributed under a Creative Commons license. Now with even more languages for the commentary and subtitles: Commentary in Arabic, English, French, German, Italian, Japanese, Spanish and Russian. Film produced by: Jos Leys (Graphics and animations) Étienne Ghys (Scenario and mathematics) Aurélien Alvarez (Realisation and post-production)

Close Shave: Asteroid To Buzz Earth Next Week hide captionThis computer image from a NASA video shows the small asteroid 2012 DA14 on its path as it passes by Earth on Feb. 15. An asteroid the size of an office building will zoom close by Earth next week, but it's not on a collision course, NASA says. Still, some people think this near-miss should serve as a wake-up call. "It's a warning shot across our bow that we are flying around the solar system in a shooting gallery," says Ed Lu, a former astronaut and head of the B612 Foundation, a nonprofit dedicated to protecting humanity from asteroids. The asteroid known as 2012 DA14 was first spotted last year by astronomers in Spain. It will whiz past Earth on Feb. 15, going about 5 miles per second. NASA officials say this event is one for the record books — the first time scientists have been able to predict something so big coming so close. It will come closer than satellites in a geosynchronous orbit around 22,000 miles up, but is extremely unlikely to hit any of those as it goes by.

One Sad Monkey » Carl Sagan What lady could resist my turtleneck? I was listening to the love story between Carl Sagan and his third and final wife Anne Druyan from an episode in Radiolab. I kept playing it again and again because there this gigantic gap in the story that seems to require a giant cognitive leap that I just couldn’t make. Carl was on his second marriage with his wife Linda Salzman with which he had a child with. Anne Druyan was in a serious relationship with a man and the two couples were friends. Here is the story as written by Anne Druyan in the Epilogue of Billions & Billions: Thoughts on Life and Death at the Brink of the Millennium with a few minor edits by me. In the early spring of 1977, Carl was invited by NASA to assemble a committee to select the contents of a phonograph record that would be affixed to each of the Voyager 1 and 2 spacecraft… Here was an opportunity to send a message to possible beings of other worlds and times. What message did she leave him? Carl and Anne Oh Snap!

Elon Musk at SXSW: "I Would Like to Die on Mars, Just Not on Impact" AUSTIN — The most popular name on Twitter during day two of South by Southwest was Elon Musk, the founder and CEO of SpaceX. During his keynote address at the conference, Musk said he would one day like to set foot on Mars, but only if he knew his company could carry on without him and the technology could get him there safely. The old joke, Musk told NowThisNews, was that he would like to die on Mars, just not on impact. Musk also said he hopes contact with life from another planet would come some day, and that it will be peaceful. "So far we haven't seen any signs of life from other worlds," he said. In 2012, SpaceX made history as the first privately held company to send a cargo payload to the International Space Station. For more of Musk's keynote address, check out the video above. Would you spend the rest of your life on Mars if you were given the chance? Thumbnail image courtesy of Wikimedia Commons

Bad Astronomy Well now, this is an interesting discovery: astronomers have found what looks like a "super-Earth" – a planet more massive than Earth but still smaller than a gas giant – orbiting a nearby star at the right distance to have liquid water on it! Given that, it might – might – be Earthlike. This is pretty cool news. We’ve found planets like this before, but not very many! And it gets niftier: the planet has at least five siblings, all of which orbit its star closer than it does. Now let me be clear: this is a planet candidate; it has not yet been confirmed. The star is called HD 40307, and it’s a bit over 40 light years away (pretty close in galactic standards, but I wouldn’t want to walk there). Massive planets tug on their star harder, so they’re easier to find this way. In this case, HD 40307 was originally observed a little while back by HARPS, and three planets were found. We don’t know how big the planet is, unfortunately. That’s exciting because of the prospect for life.

It All Began in Chaos The dust speck had been plucked from the tail of a comet more than 200 million miles away. Now, under an electron microscope in a basement lab at the University of Washington, its image grew larger, until it filled the computer screen like an alien landscape. Zooming in on a dark patch that looked like a jagged cliff, Dave Joswiak upped the magnification to 900,000. The patch resolved into tiny, jet-black grains. “Some of these guys are only a couple of nanometers in size—that’s amazingly small,” Joswiak said. His tone was reverent. The dust speck has a name: Inti, for the Inca god of the sun. Scientists have long known that the planets, comets, and other bodies orbiting the sun were born, some 4.5 billion years ago, from a spinning disk of dust and gas called the solar nebula. “We were dumbfounded,” says Donald Brownlee, head of the Stardust team and Joswiak’s boss. When most of us were growing up, the solar system seemed reliable and well behaved. The first clue came from Pluto.

Science, Religion, and the Big Bang