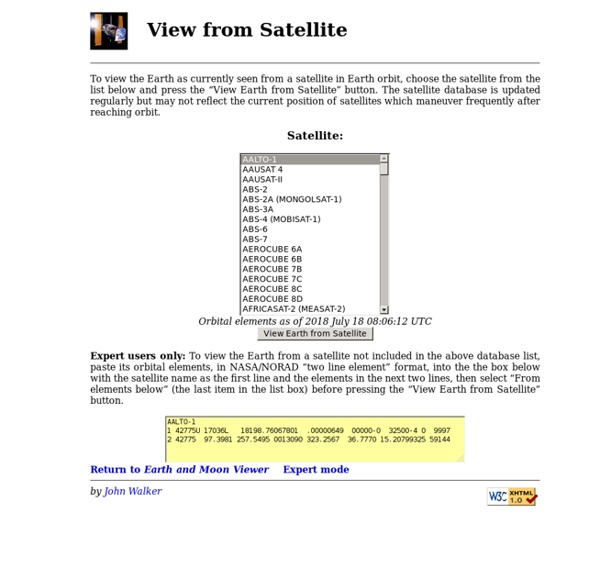 Dark alien planet discovered by NASA An alien world blacker than coal, the darkest planet known, has been discovered in the galaxy. The world in question is a giant the size of Jupiter known as TrES-2b. NASA's Kepler spacecraft detected it lurking around the yellow sun-like star GSC 03549-02811 some 750 lightyears away in the direction of the constellation Draco. The researchers found this gas giant reflects less than 1 percent of the sunlight falling on it, making it darker than any planet or moon seen up to now.

Harcourt: Facts about Texas State flower: Bluebonnet Capital: Austin State bird: Mockingbird Hubbles Most Mind Expanding Photos of the Universe The just-turned-21 Hubble Space Telescope has spent its entire life taking photographs of such enormous, otherworldly things that words stop working. And the events in its photographs happened so long ago, notions of time stop working too. But don’t speak, and forget about the time.

Earth-size planet found: Lightest exoplanet yet orbits Sun-like star Alpha Centauri B Newly found world orbits Alpha Centauri B, 4.3 light years from our SunIt is the lightest exoplanet yet found orbiting a Sun-like starIt is thought to be too hot for life, and there is likely no water presentBut presence suggests there may be other planets within the same system By Daily Mail Reporter Published: 08:18 GMT, 17 October 2012 | Updated: 12:37 GMT, 17 October 2012

Maps ETC Homepage Welcome to ETC's collection of historic maps. Here you will find over 5,000 maps representing many different time periods. A friendly license allows teachers and students to use up to 25 maps in non-commercial school projects without further permission. All maps are available as GIF or JPEG files for screen display as well as in PDF for printing. Use the GIF or JPEG maps for classroom presentations and student websites. With a Passion for Skateboarding: Creative Art Sculptures by Haroshi Now that’s a sick madness! If you have never heard about Japanese wood sculptor named Haroshi, go get the wind of his most original conceptual art. As a creator of amazingly beautiful wooden sculptures out of old, crashed and broken skateboard decks, Haroshi passed for a man of considerable resourcefulness.

10-amazing-tricks-to-play-with-your-brain from smashinglists.com Mind is the aspect of intellect and consciousness experienced as combinations of thought, perception, memory, emotion, will and imagination, including all unconscious cognitive processes. Mind manifests itself subjectively as a stream of consciousness. Neuroanatomists usually consider the brain to be the pivotal unit of what we refer to as mind. New comet likely to impress when it passes closest to Earth in December By Alan Pickup, The GuardianSunday, October 14, 2012 20:16 EDT A comet found recently beyond the orbit of Jupiter could well become spectacular late next year and may be a sibling of one of the most celebrated comets of all time. What is formally known as Comet C/2012 S1 (ISON) was not at first recognised as a comet when it was spotted as a 19th magnitude object using a small Russian telescope of the International Scientific Optical Network on 21 September. Earlier images have been found stretching back to last year, allowing its orbit to be calculated and showing that it is destined to sweep within 1.2 million km of the Sun’s surface at perihelion on 28 November 2013.

20 Cool Pictures of Earth from Space ~ Cool Pictures 20 cool pictures of Earth from Space thanks to National Geographic and a collection of amazing photographers. Bombetoka BayPhotograph courtesy Terra/ASTER/NASA and NASA Earth Observatory Sapphire waters tinged with pink sediment seem to get tangled amid emerald vegetation in a satellite picture of Bombetoka Bay, on the northwestern coast of Madagascar. To celebrate Earth Day—which today received the ultimate Internet accolade, a Google Doodle—National Geographic photo editors selected 20 of the most stunning pictures of Earth, as seen from space, including this jewel-toned shot of the island country off the African coast. Captured in 2000 by a NASA satellite, the scene shows where the salty waters of the Mozambique Channel mingle with freshwater outflow from the island's Betsiboka River. Bombetoka Bay is home to some of Madagascar's largest mangrove forests, which provide shelter for diverse mollusks and crustaceans as well as habitat for sea turtles, water birds, and dugongs.

Project Avalon - Klaus Dona: The Hidden History of the Human Race Click here for the PDF version of this interview (20 pages) Click here for the video presentation March 2010 **Ed note: Some transcripts contain words or phrases that are inaudible or difficult to hear and are, therefore, designated in square brackets.** 11 cheap gifts guaranteed to impress science geeks Science comes up with a lot of awesome stuff, and you don't need a Ph.D, a secret lab, or government funding to get your hands on some of the coolest discoveries. We've got a list of 11 mostly affordable gifts that are guaranteed to blow your mind, whether or not you're a science geek. Click on any image to see it enlarged. 1.