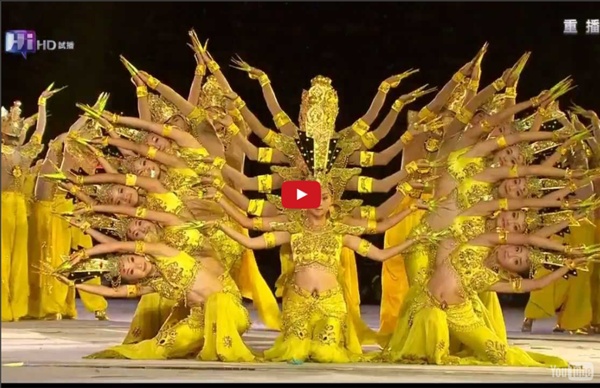 Ajit Vadakayil: BEEJ MANTRA , ANUSWARAM NASAL SOUND , PRIMORDIAL LONGITUDINAL WAVE SOUND FREQUENCY – CAPT AJIT VADAKAYIL The sign of OM is the sign of Hinduism. It is the first and foremost of all mantras. Mantra is the sound body of consciousness. OM is considered as the sound of cosmic energy and contains all the sounds in itself. The spiritual efficacy of OM is heard, not by the ears but by the heart . It surcharges the innermost being of man with vibrations of the highest reality. Breathtaking Timelapse Of Los Angeles Will Give You Chills City Lights from Colin Rich. LA's spectacular lights didn't just inspire a range of amazing glowing shoes in the 90s--they also acted as muse for local lensman Colin Rich, who has spent the last few years covering the city from every conceivable angle. Above, Rich unveils City Lights, the last in his Trilogy of Light series. "It was an nightly adventure that took me to almost every angle of Los Angeles," Rich explains."It was an exercise in patience.

When Donald Trump's words scared this Muslim girl, these Army vets responded perfectly. When Melissa Chance Yassini came home from work on Dec. 8, she found her daughter Sofia in tears. Melissa Chance Yassini and her daughter Sofia. Photo by Melissa Chance Yassini/Facebook. Used with permission. Sofia had been watching the news with her grandmother, when she heard about Donald Trump's call to deport refugees and ban Muslims from entering America. "She ran to me with a look of absolute fear on her face," Melissa told Upworthy. blind artist envisions the world through hypnotizing animated gifs sep 09, 2015 blind artist envisions the world through hypnotizing animated gifs blind artist envisions the world through hypnotizing animated gifsall gifs courtesy of george redhawk artist george redhawk has turned a loss into a gift — after the artist became legally blind, he began to explore the realm of photo manipulation with a desire to show the world as he sees it from his damaged sight. through the use of computer softwares that aide the visually impaired, redhawk — who works under the name darkangeløne — has realized the ongoing series of animations titled, ‘the world through my eyes’. original digital art ‘the remains of a memory’ by adam martinakis / animation by george redhawk

3D model of a nerve terminal in atomic detail The electrochemical jelly inside your head contains something like one quadrillion synapses, the junctions at which nerve cells talk to one other by converting electrical signals into chemical ones and then back again. They have two components (sometimes three): the nerve terminal of one cell, which stores and releases neurotransmitter molecules, and the ‘post-synaptic’ membrane of another cell, which contains binding sites for the neurotransmitters. Synapses are miniscule – nerve terminals are about one thousandth of a millimetre in diameter, and the space between them and the membrane they contact a mere 20-40 millionths of a millimetre wide – and are densely packed in the grey matter of the brain tissue, making them notoriously difficult to study. Inside the nerve terminal, neurotransmitter molecules are stored in tiny spheres called synaptic vesicles, which are “docked” in an “active zone” just beneath the cell membrane.

Heart of Hinduism: Doctrine: Sankhya and Yoga Kapila, who founded the school of Sankya. Some Hindus claim there were two Kapilas, teaching theistic and atheistic versions of this doctrine. Sankhya, derived from the word meaning "to count," is a philosophical system of analysing matter established by Kapila. It aims to overcome suffering through cultivating discrimination and by releasing the soul (purusha) from its entanglement in matter (prakriti). Scholars say that it was originally a non-theistic system delineating 24 material truths (or elements), with the soul as the 25th. As theistic schools evolved, they added a 26th element, the paramapurusha or God (purusha and paramapurusha are here synonymous with atman and paramatman).

The most fascinating images from the New York Public Library’s release of 180,000 copyright-free materials Copyright law is a thorny thing, and it prevents a lot of people from making new works and having fun. But every once in a while, enough time passes, a lawsuit changes the game, or a big, old institution opens up and dusts off once-restricted or hidden material and lets it out into the public domain. The New York Public Library joins the restriction-free party this week by making 180,000 non-copyright images from its collection available for high-res download. It’s also giving access to its collections’ metadata and making updates to its API to encourage playful games and visualizations. Its trove of old stereoscopic images make great gifs, which you can try for yourself:

I am sorry I am sorry You died last night. You were hit by a car at Howard & 7th in San Francisco when you were riding your bike through the intersection. I was a passenger in the orange prius. We saw the SUV hit you, and speed off. Special Needs Student's Mistreatment Indicates a Bigger Issue Chicago mother of five-year-old Lloyd Terry says he has been singled out and deliberately humiliated by his teachers because he is a special needs student. Nyesha Terry says she went to the school on the second day of class to see how Lloyd was faring only to be shocked after finding him sitting isolated from the other students, wearing a black garbage bag over his clothes. When she saw this, “my heart broke,” Terry says. Because Lloyd Terry sometimes dribbles saliva uncontrollably out of his mouth, it can dampen his clothes. Even though Lloyd’s mother had offered to provide the school and teachers with changes of clothing, bibs and even disposable gloves, the teacher told Nyesha Terry that she was going to have him wear the garbage bag.

Mysterious Rays of Light Began Radiating From The Pyramids Around The World NASA and the European Space Agency have been warning the world for two years about the approaching catastrophes that may unfold during 2015 to 2016. Although NASA covered up the strange photon cloud that’s now enveloped the solar system, the word has leaked out from some scientists. And now, as the ominous cloud approaches it’s affecting the sun and planets in measurable ways. Amazingly, as the bizarre energy invades our space, some of the world’s most famous pyramids are generating intense energy. Several incredible incidents of visible power beams shooting skywards into space towards the region of the alien photonic cloud are well-documented. At the same time, people around the world began hearing and recording frightening sounds—noises that seem as if the Earth itself is moaning and wailing.

Photos: Amazed southern Chinese experience first snowfall ever, make teeny-tiny snowmen Just as the US’s eastern coast was hit by a historical blizzard over the weekend, China suffered its coldest weather in decades. On Sunday (Jan. 24) morning, 25 cities across the country registered record low temperatures. The chill swept across the country last week, but is lifting today (Jan. 25), according to the National Meteorological Center (link in Chinese):

Artist Who Lost A Friend Creates A Comic Tribute That’ll Inspire You To Drop Everything And Start Living Ever feel trapped by life? Ever wanted to quit your job, sell your car, and hit the open road with nothing but what you can carry on your back? Well as you can see from this inspiring comic tribute, the late Patrick Joseph Falterman II did just that. Patrick, who ran a website called hitchtheworld.com, recently died after the plane he was piloting crashed in Liberty County, Texas. He was only 26-years-old but he managed to fit more into his short time than most people do in a lifetime.

When Welfare Cuts Hit Sheppie the Guide Dog For as long as poverty endures, there will be political candidates working to snag voters’ attention with vows of a “crackdown” on welfare abuses supposedly traceable to great throngs of people living high on the hog with taxpayer support. This year, Republicans in the New York State Legislature are proposing tighter controls on what the poor can buy with their Supplemental Nutrition Assistance Program (SNAP) payment cards. “Luxury items” would be banned, including steak and lobster. Critics already are asking: What is meant by steak? All manner of beef, including hamburger? And sometimes lobster prices have dipped so low that it might reasonably be a sound and nutritious buy.