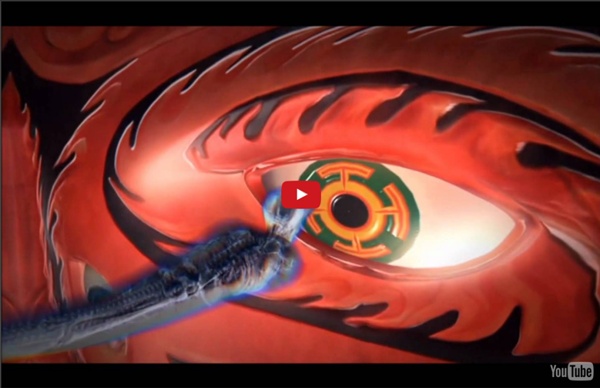 10 Scientific Studies That Prove Consciousness Can Alter Our Physical Material World Nikola Tesla said it best, “the day science begins to study non-physical phenomena, it will make more progress in one decade than in all the previous centuries of its existence. To understand the true nature of the universe, one must think it terms of energy, frequency and vibration.” Swami Vivekananda influenced Tesla’s work, an Indian Hindu monk and chief disciple of the 19th century saint Ramakrishna. Tesla was also influenced by other Vedic philosophies.

Creationism is dangerous: HBO documentary Questioning Darwin shows how fundamentalism imprisons the mind. Courtesy of HBO Intellectual freedom is one of humanity’s greatest gifts—and biggest burdens. Our ability to ask questions, to test ideas, to doubt is what separates us from our fellow animals. But doubt can be as terrifying as it is liberating. And it’s the terror of doubt that fosters the toxic, life-negating cult of creationism. Mark Joseph Stern is a writer for Slate.

Peyotism and Native American Spirituality Earlier we had spoken how marijuana has been used in India and is still used across the country during festivals like Holi in the form of bhang. The Rig-Veda is the chief of the four vedas of ancient India, that consists of hymns and prayers sung well before 800 BC to worship Gods – it speaks of Soma, a potent drink produced from an unidentified plant. It was drunk only at sacrifices, and caused the most invigorating effects. Today we shall take a look across the world at Native American spirituality revolving around the use of entheogens, the current use of Peyote and the chemical Mescaline that is derived from it and widely used as a recreational drug. The exact date as to when man started using Peyote is not known, but at an archaeological excavation in Texas, a radiocarbon analysis showed that the specimens of Peyote found there were dated between 3780 and 3660 BC. Lets take a look at a Peyote ritual –

Psilocybin Advanced Cancer Anxiety Study The primary objective of this double-blind, placebo-controlled pilot study is to assess the efficacy of psilocybin administration (4-phosphoryloxy-N,N-dimethyltryptamine), a serotonergic psychoactive agent, on psychosocial distress, with the specific primary outcome variable being anxiety associated with cancer. Secondary outcome measures will look at the effect of psilocybin on symptoms of pain perception, depression, existential/psychospiritual distress, attitudes towards disease progression and death, quality of life, and spiritual/mystical states of consciousness. In addition, a secondary objective of the study is to determine the feasibility of administering psilocybin to this patient population, with regards to the following issues: safety, patient recruitment, consent for treatment, and retention.

Syncretism Syncretism /ˈsɪŋkrətɪzəm/ is the combining of different, often seemingly contradictory beliefs, while melding practices of various schools of thought. Syncretism involves the merger and analogizing of several originally discrete traditions, especially in the theology and mythology of religion, thus asserting an underlying unity and allowing for an inclusive approach to other faiths. Syncretism also occurs commonly in expressions of arts and culture (known as eclecticism) as well as politics (syncretic politics). Nomenclature, orthography, and etymology[edit] The Oxford English Dictionary first attests the word syncretism in English in 1618. It derives from modern Latin syncretismus, drawing on Greek συγκρητισμός (synkretismos), meaning "Cretan federation".

An Interview with Douglas R. Hofstadter, following ''I am a Strange Loop'' Douglas R. Hofstadter is best-known for his book Gödel, Escher, Bach (GEB for short). In his latest book, I am a Strange Loop, he visits once again many of the themes originally presented in that book. The interview below was conducted in September 2007 and was originally published, in Hebrew, in the online culture magazine Haayal Hakore. The interview was conducted by Tal Cohen and Yarden Nir-Buchbinder. The first part of I am a Strange Loop reads like a condensed version of GEB, by explaining the idea of consciousness as a strange loop.

Sam Harris on Spirituality without Religion, Happiness, and How to Cultivate the Art of Presence by Maria Popova “Our world is dangerously riven by religious doctrines that all educated people should condemn, and yet there is more to understanding the human condition than science and secular culture generally admit.” Nietzsche’s famous proclamation that “God is dead” is among modern history’s most oft-cited aphorisms, and yet as is often the case with its ilk, such quotations often miss the broader context in a way that bespeaks the lazy reductionism with which we tend to approach questions of spirituality today. Nietzsche himself clarified the full dimension of his statement six years later, in a passage from The Twilight of Idols, where he explained that “God” simply signified the supersensory realm, or “true world,” and wrote: “We have abolished the true world. What has remained? The apparent one perhaps?