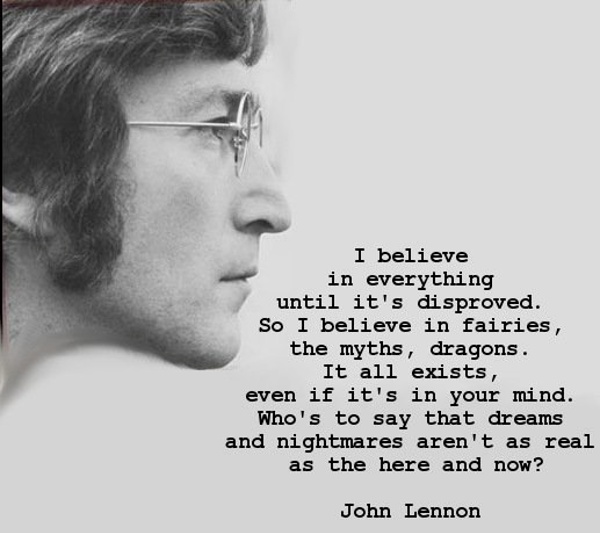 Remembering 9/11: A warrior's unexpected gift to America By Tom Goldstone, CNN Editor's Note: Tom Goldstone is the executive producer of Fareed Zakaria GPS. This article originally appeared in September 2011. As America looked inward in the days, weeks and months after September 11, 2001, others around the world made extraordinary gestures toward the United States. You are even less likely to have heard what could be one of the most touching reactions of all. It all starts with Kimeli Naiyomah. Dreaming of being a doctor is ambitious even in America. According to Kimeli, his family (or lack thereof) was so destitute that his Masai tribe didn’t even consider them people – they were sub-human. He knew he had to change his situation, so he ran away – to another village where he had heard that there was a school that was taught under a tree. When he grew beyond this school-under-a-tree, Kimeli found the nearest high school, which was 9 hours away. The same elders who had once considered Kimeli to be sub-human had done a complete reversal.

Materialistic couples have more problems - TODAY Health Loving money may not be good for your love life, according to new research that finds that materialists have unhappier marriages than couples who don't care much about possessions. The effect holds true across all levels of income, said study researcher Jason Carroll, a professor of family life at Brigham Young University. And a materialist marrying a like-minded soul may not get off the hook: The least satisfying marriages were those in which both spouses cared strongly about material goods. "We thought it would be the incongruent or unmatched pattern that would be most problematic, where one's a spender and one's a saver," Carroll told LiveScience. Can't buy me love Years of previous research have turned up compelling evidence that materialism isn't great for anybody, Carroll said. Carroll and his colleagues have been studying materialism and marriage because few researchers have examined how attitudes about money affect relationships. © 2012 LiveScience.com.

What Steals Your Peace of Mind The recent mega million-dollar drama surrounding FIFA and its president Sepp Blatter has taught us an invaluable lesson: how greed and power are like thieves in the night that steal our sensibility, kindness and humanity, leaving us doing everything we can, whether legal or illegal, to get more. It’s amazing to witness the damage greed can wreck by bringing down a well-established international football league. Three Thieves Greed Greed is one of three qualities that are the root causes of unhappiness. Greed arises from the constant yearning for things to be different from how they are. Hatred Hatred is destructive, insidious, self-righteous and arrogant. When we are convinced that we are right, then anything that questions or threatens that belief becomes an obstacle to be destroyed. There is a story of two prison camp survivors meeting fifty years after they were first captive. We attended the memorial for our dear friend Lex Hixon, held in the St John the Divine Cathedral in New York.

What Kindness Does to Your Health Treating other people well isn’t just good for your karma. It’s good for your health and vitality, too. Psychology researcher Barbara Fredrickson, PhD, author of Love 2.0: Creating Happiness and Health in Moments of Connection, studies how “micro-moments” of connection with others, like sharing a smile or expressing concern, improve emotional resilience, boost the immune system, and reduce susceptibility to depression and anxiety. In Fredrickson’s view, our psyches need affirmative human connection in much the same way that our bodies need wholesome food. “Moments of uplifting positive emotions function like nutrients for creativity, growth, and health,” she says. Still, while none of us wakes with the intention to curse other drivers, snap at our kids, or shame our employees, we do — more often than anyone likes. We’ve evolved this defense mechanism to protect us from lurking danger, he notes, but it doesn’t protect our relationships very well. And kindness does get easier with practice.

The Philosophers' Magazine Philosophy is said to be the mother of all disciplines. It is the oldest of all disciplines and gave rise to modern science as we know it today as both social and natural sciences have their roots in philosophy. Modern sciences either directly emerged from philosophy or are very closely related to philosophical questions. Understanding philosophy and of course, the way problems are addressed by philosophers is therefore the key to understanding of science as we know it today. Ancient Greek and Roman Philosophers The “love for wisdom” (English translation of the Greek word philosophia) dates back to the ancient times in both the East and West. Ancient Greek philosophy continued to flourish in the Western world throughout the Roman period in the form of Hellenistic and then Greco-Roman philosophy that was dominated by Greco-Roman philosophers of Cicero, Seneca, Plutarch and Plotinus, to mention only a few. Medieval Philosophers Modern Philosophers Contemporary Philosophers Eastern Philosophy

School Choir Surprises Cancer-Stricken Teacher With Epic Rendition Of “I’m Gonna Love You Through It” Adriana Lopez of Public School 22 in Staten Island, New York, was recently diagnosed with breast cancer. This year, the school's choir decided to dedicate their final performance to Mrs. Lopez. On Facebook, the choir wrote that the performance was "for a dear friend and teacher at PS22 whose bravery and dedication to her students amidst a difficult fight with breast cancer has inspired us all… We love you, Mrs. Lopez!!" After the performance, Mrs. We wish you all the best, Mrs.

Stand Up And Speak Out Against The Conservative Culture Of Hate By: Rmuse September 25th, 2011 see more posts by Rmuse It is natural for human beings to have idealized perceptions of a country based on history and anecdotal evidence. Depending on which part of the world a person lives, they may think of America as an imperialistic bully, or the land of opportunity where anything is possible and the people are warm and inviting. There are many Americans who are compassionate to their fellow citizens and harbor a great desire to see every person prosper in the spirit of equality to make this nation a source of pride at home and abroad. It is tragic, but there is a growing segment of society that are displaying behavior and attitudes that portend a nation of hateful people who rejoice in other’s misery and relish the thought of causing pain and suffering because of bigotry, greed and intolerance. In Thursday’s presidential debate, audience members booed a gay soldier serving in Iraq when he asked a legitimate question about DADT.

strange like me -zenpencil Frida Kahlo (1907-1954) was a Mexican painter. Unlike the figure from my previous comic, the stoic Marcus Aurelius, Frida was the exact opposite. Her life was ruled by emotion, passion, love and suffering. Frida painted mostly self-portraits. Frida’s life was filled with physical suffering. Frida’s second “grave accident” was meeting her husband Diego Rivera, who was a famous painter and nicknamed the ‘Michaelango of Mexico’. Frida’s later years were hindered by more physical problems. Despite a lifetime of pain and turmoil, Frida still led an exciting life, mingling with famous revolutionaries and artists. The paintings I used in the comic are Self Portrait with Monkeys, Self Portrait (1941) and her most famous work The Two Fridas. Related comics featuring the words of Vincent Van Gogh, Sylvia Plath, Maya Angelou and Timothy Leary.

27 Photos Animal parents & babies Home » Animals » 27 Photos That Are So Adorable You Probably Won’t Be Able To Handle It Colorado Teacher Shares Heartbreaking Notes From Third Graders Kyle Schwartz teaches third grade at Doull Elementary in Denver. Although she says her students are a pleasure to look after, the educator of three years adds that many of them come from underprivileged homes. "Ninety-two percent of our students qualify for free and reduced lunch," Schwartz tells ABC News. "As a new teacher, I struggled to understand the reality of my students' lives and how to best support them. I just felt like there was something I didn't know about my students." Kyle Schwartz PHOTO: The students' notes sparked a social media movement on Twitter. In a bid to build trust between her and her students, Schwartz thought up a lesson plan called "I Wish My Teacher Knew." For the activity, Schwartz's third graders jot down a thought for their teacher, sharing something they'd like her to know about them. "I let students determine if they would like to answer anonymously," she says. PHOTO: Schwartz was shocked by her students' honesty.

Incredible Nurse Cat From Poland Looks After Other Animals At Animal Shelter Radamenes, an angelic little black cat in Bydgoszcz, Poland, has come through hell and high water to help the animals at the veterinary center there get better. After the veterinary center brought him back from death’s door, he’s returning the favor by cuddling with, massaging and sometimes even cleaning other animals convalescing from their wounds and operations. Radamenes has become a local attraction, and people have begun visiting him at the center for good luck! Read on for more of his story. More info: tvnmeteo.tvn24.pl Radamenes, who survived a respiratory infection, now helps other animals at this Polish shelter get better He was so sick, the people who brought him thought he would have to be put down But when the vets heard him purr, they decided to save him When he miraculously got better, they were surprised to see him start hugging and cleaning other animals He was especially friendly with animals that’d had serious operations They call him their mascot