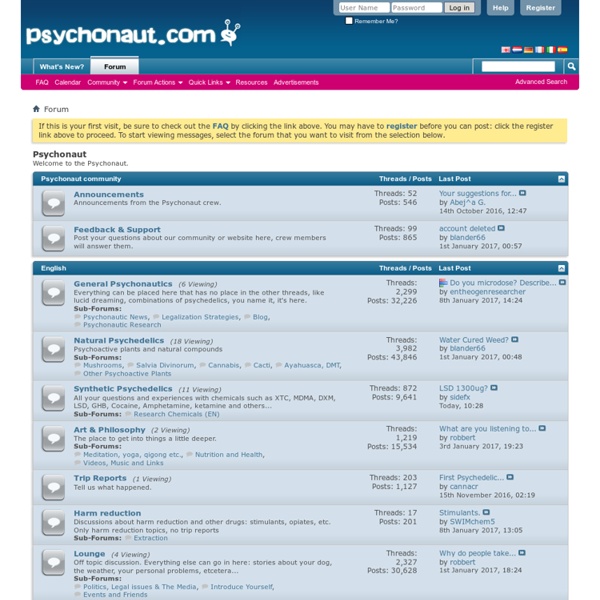 Strange loop A strange loop arises when, by moving only upwards or downwards through a hierarchical system, one finds oneself back to where one started. Strange loops may involve self-reference and paradox. The concept of a strange loop was proposed and extensively discussed by Douglas Hofstadter in Gödel, Escher, Bach, and is further elaborated in Hofstadter's book I Am a Strange Loop, published in 2007. A tangled hierarchy is a hierarchical consciousness system in which a strange loop appears. Definitions[edit] Kratom, what is Kratom, how to use and how to get - (Build 20100 What is kratom ? Kratom is a tree native to Southeast Asia (Thailand, Malaysia and Myanmar). Its botanical name is Mitragyna speciosa. I Am a Strange Loop I Am a Strange Loop is a 2007 book by Douglas Hofstadter, examining in depth the concept of a strange loop to explain the sense of "I". The concept of a strange loop was originally developed in his 1979 book Gödel, Escher, Bach. Hofstadter had previously expressed disappointment with how Gödel, Escher, Bach, which won the Pulitzer Prize in 1980 for general nonfiction, was received. In the preface to its 20th-anniversary edition, Hofstadter laments that the book was perceived as a hodgepodge of neat things with no central theme.

Smokers Guide Marijuana review for: Mothers Finest from Amsterdam coffee shop :Pink Floyd Purchased: Pink Floyd Oct 10 2001 Look Rocky, dense nuggets. An Interview with Douglas R. Hofstadter, following ''I am a Strange Loop'' Douglas R. Hofstadter is best-known for his book Gödel, Escher, Bach (GEB for short). In his latest book, I am a Strange Loop, he visits once again many of the themes originally presented in that book. The interview below was conducted in September 2007 and was originally published, in Hebrew, in the online culture magazine Haayal Hakore. The interview was conducted by Tal Cohen and Yarden Nir-Buchbinder. The first part of I am a Strange Loop reads like a condensed version of GEB, by explaining the idea of consciousness as a strange loop.

DMT Candy for the Mind INTENSITY: 9 to 10 SAFETY FACTORS: 5-MeO-DMT is an MAO inhibitor. See list of items not to take with MAO inhibitors on page 19. [Erowid Note: This is probably wrong. Sam Harris on Spirituality without Religion, Happiness, and How to Cultivate the Art of Presence by Maria Popova “Our world is dangerously riven by religious doctrines that all educated people should condemn, and yet there is more to understanding the human condition than science and secular culture generally admit.” Nietzsche’s famous proclamation that “God is dead” is among modern history’s most oft-cited aphorisms, and yet as is often the case with its ilk, such quotations often miss the broader context in a way that bespeaks the lazy reductionism with which we tend to approach questions of spirituality today. Nietzsche himself clarified the full dimension of his statement six years later, in a passage from The Twilight of Idols, where he explained that “God” simply signified the supersensory realm, or “true world,” and wrote: “We have abolished the true world. What has remained? The apparent one perhaps?

Ayahuasca, DMT and UFOs Some Important Iconographical Motifs: Space-ships The spaceship motif has an important place in Pablo's visions. As we saw earlier, when the curandera who cured his sister gave him ayahuasca, Pablo saw a huge flying saucer making a tremendous noise that made him panic (Vision 7). Varieties of Nondual Realization (c) Copyright 2006 by Timothy Conway [Note: This paper was originally written as a rather free-wheeling overview essay for professionals in the mental health field and/or satsang leaders of nondually-oriented gatherings. For this web-version of the essay, I have removed all diacritical marks. Boldfaced numbers refer to endnotes at the end of the essay.]