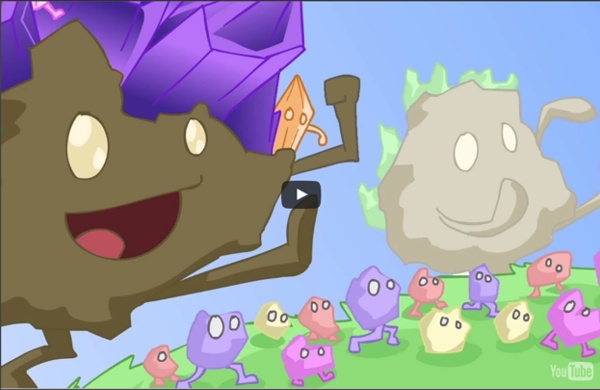 Mind-Blowing Story: "Talking to God…" I met god the other day. I know what you’re thinking. How the hell did you know it was god? Well, I’ll explain as we go along, but basically he convinced me by having all, and I do mean ALL, the answers. Every question I flung at him he batted back with a plausible and satisfactory answer. In the end, it was easier to accept that he was god than otherwise. The Spirit Science Lets not get caught up on details, there is a bigger picture to this whole thing. I think i'll let this video speak for itself. I would like to thank Yann Arthus-Bertrand for the creation of the movie "Home" from which the scenes in the first half of this video were created.

Erin Pavlina Spirit guides are incorporeal beings that are assigned to us before we are born that help nudge and guide us through life. They’re responsible for helping us fulfill the spiritual contract we make with ourselves before we incarnate. Your higher self helps select these guides, who help us while we are living out our incarnation. Earth Chakras, Sacred Sites, and their locations Where are the Earth Chakras? At the foundation of earth chakra work is the pattern of the seven chakras. Begin your work with these seven, which are best defined by their geometrical centres. Learn to accurately draw the full circles of these chakras on world maps. After you are familiar with this foundation system, then there are other dependent structures to investigate. Learn the foundations first, and then build upon them.

Where Are You Really? © 2011 by Gary Vey exclusively for Viewzone Exactly where are you? Right now, as you read this, your attention is focused on the words and phrases as you scan the page with your eyes. You might even hear a familiar voice in your mind, reading the text. The One People’s Public Trust (OPPT): Your Frequently Asked Questions… ANSWERED 26th February 2013 By Andy Whiteley Co-Founder of Wake Up World and Being of the Creator The momentum of the One People’s Public Trust is undoubtedly escalating. And fast!

Desiderata 1976 edition of The Desiderata of Happiness poetry collection "Desiderata" (Latin: "desired things") is a 1927 prose poem by American writer Max Ehrmann. Largely unknown in the author's lifetime, the text became widely known after its use in a devotional and after spoken-word recordings in 1971 and 1972. History[edit] Go placidly amid the noise and haste, and remember what peace there may be in silence.

Napoleon Hill Napoleon Hill (October 26, 1883 – November 8, 1970) was an American author in the area of the new thought movement who was one of the earliest producers of the modern genre of personal-success literature. He is widely considered to be one of the great writers on success.[1] His most famous work, Think and Grow Rich (1937), is one of the best-selling books of all time (at the time of Hill's death in 1970, Think and Grow Rich had sold 20 million copies).[2] Hill's works examined the power of personal beliefs, and the role they play in personal success. He became an advisor to President Franklin D.

The Mind Unleashed: Sex and Aural Energy Pay attention to whom you share your intimate energy with. Intimacy at this level intertwines your aural energy with the aural energy of the other person. These powerful connections, regardless of how insignificant you think they are, leave spiritual debris, particularly within people who do not practice any type of cleansing, physical, emotional or otherwise. The more you interact intimately with someone, the deeper the connection and the more of their aura is intertwined with yours. Imagine the confused aura of someone who sleeps with multiple people and carries around these multiple energies?