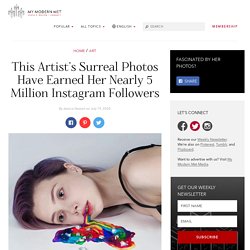 Not only does she create oil paintings and performance art, but her neverending creativity also translates into some incredible fine art photography. Her eye-catching, surreal images are instantly recognizable and have earned her nearly five million followers on Instagram. Sheidlin's initial interest in photography was sparked by a photo session with a professional photographer. But it wasn't until she met her future husband in college that something changed. Charming Sidewalk Chalk Art by David Zinn Makes the Everyday Magical. 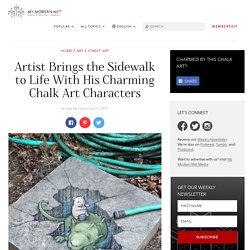 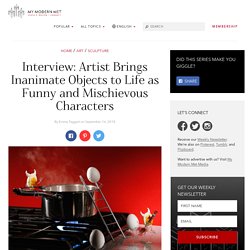 Every image from the Indianapolis-based artist’s Bent Objects series tells a story that brilliantly captures Border’s (slightly twisted) sense of humor and childlike imagination. From personified food to humanized books, each hilarious scene is carefully composed and photographed in the artist’s studio. Border began working with wire back in the early 2000s when he was practicing sculpture. While playing around with the malleable material, he began to realize its potential for transforming mundane objects into comical characters. From a romantic tale of peanut butter and jelly slices to a bereaved egg on Mother’s Day, each piece is full of expression, personality, and emotion. Mom Uses Everyday Objects Create "Dresses" in Optical Illusion Photos.

Artist mom Alya Chaglar and her 3-year-old daughter Stefani create fabulous optical illusion photos using nothing but fruits, vegetables, and flowers. The charming pictures feature Stefani as she seemingly sports the latest in unconventional dresses—like “wearing” a piece of watermelon! The results are as ingenious as they are cute. To produce these visual tricks, Chaglar holds one of the objects up to Stefani as she strikes a pose in the distance. The scale of the bananas, cauliflower, or fresh blooms are close enough to the camera to perfectly cover the adorable toddler's body and create the illusion of an outfit. 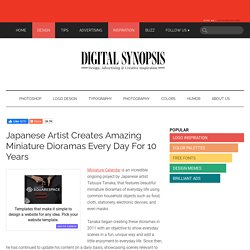 Tanaka began creating these dioramas in 2011 with an objective to show everyday scenes in a fun, unique way and add a little enjoyment to everyday life. Since then, he has continued to update his content on a daily basis, showcasing scenes relevant to seasons and world events. His exhibitions in Japan and other countries have attracted over 1.5 million visitors so far. Check out some of his best work below. ANYWHERE CAN HAPPEN. Animal Portrait Book by Randal Ford Lets the Subjects Tell Stories. SlothThis post may contain affiliate links. If you make a purchase, My Modern Met may earn an affiliate commission. Please read our disclosure for more info. Photographer Randal Ford believes that every animal has a story to tell. This compassionate perspective is at the core of his ongoing Animal Portrait Collection, a striking series that explores his subjects' unique personalities and behaviors.

Same Height Party. A Nondescript Character Sheds Suits of Fur, Bubbling Liquids, and Gnarly Wood in Hypnotic CGI Animation. "This one. I choose this one." Dad Photoshops Daughter Into Slightly Dangerous Situations To Freak Out Relatives. Stephen Crowley has figured out the perfect way to give relatives a heart attack: “I’ve been photoshopping my kid into marginally dangerous situations. 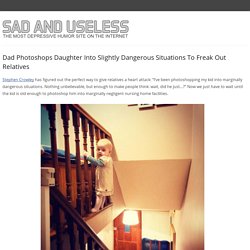 Nothing unbelievable, but enough to make people think: wait, did he just…?” Land Artist Creates Ephemeral Stone Art on the Shores of the U.K. Land artist Jon Foreman finds comfort in arranging stones in eye-pleasing formations on the beach. 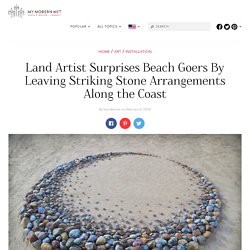 His practice, which he calls Sculpt the World, showcases rocks fashioned into swirling patterns as well as giant circles containing an array of rainbow-esque hues. “This process is therapy to me,” Foreman tells My Modern Met. “The simple act of placing stone upon stone in the sand is very therapeutic. 'Siblings Or Dating' Instagram Account Is Becoming Some People's Favorite New Game (67 Pics) It's no surprise if similar features run in the family—genes take care of that. 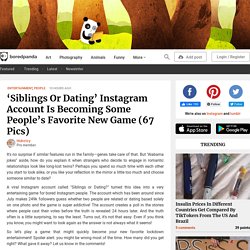 But "Alabama jokes" aside, how do you explain it when strangers who decide to engage in romantic relationships look like long-lost twins? Perhaps you spend so much time with each other you start to look alike, or you like your reflection in the mirror a little too much and choose someone similar to date? A viral Instagram account called "Siblings or Dating? " turned this idea into a very entertaining game for bored Instagram people. The account which has been around since July makes 249k followers guess whether two people are related or dating based solely on one photo and the game is super addictive! So let's play a game that might quickly become your new favorite lockdown entertainment! 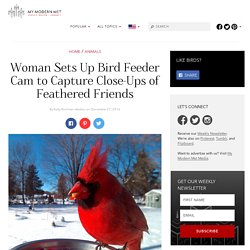 Ca moved from Germany to Macomb County, Michigan, she was instantly drawn to the area’s unique bird population. Aiming to learn more about her new neighbors, she purchased a feeder cam—a seed dish that doubles as a special fowl-friendly camera—to create a collection of up-close-and-personal portraits of her feathery friends. When she first moved to Macomb County, Ca noticed striking similarities and differences between her new neighborhood and her homeland. Ephemeral Art Series Features Mandalas and Spirals Made of Nature. Yorkshire-based artist James Brunt employs sticks, stones, and other ephemeral materials to create elaborate ephemeral art. 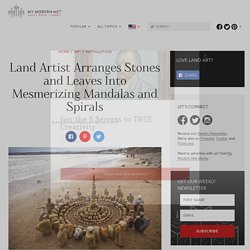 Featuring intricate mandalas, infinite spirals, and one-of-a-kind sculptures, his series of outdoor installations continues contemporary art‘s tradition of creatively using nature as a canvas. Brunt produces his land art in a wide range of locations, including sandy beaches, wooded parks, and even lucky local schools. In every case, he uses materials found on-site to create his impermanent installations, finding artistic value in everyday ephemera. Comedy Wildlife Photography awards 2020 finalists – in pictures. The Far Side Comic Strip by Gary Larson - Official Website. Relax With 40 Perfectly Looped Ambient Gifs - GIFs. 40 Times People Experienced Pareidolia And Captured It For Everyone To See (New Pics) "Pareidolia illustrates the interaction between the visual cortex and the frontal cortex of the human brain. 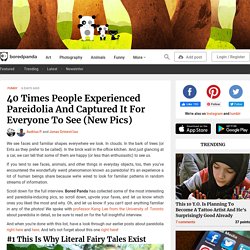 It suggests that our brain is highly sensitive and expecting to encounter and process some special classes of objects in our environment because they are biological and socially important to our adaptions to the environment," professor Lee explained to us. "For example, when you are walking in a dark street in the evening, your brain is on high alert to detect whether any threat will jump out any moment. 40 Times People Experienced Pareidolia And Captured It For Everyone To See (New Pics) BrightVibes. 10 Amazing Natural World Heritage Sites - Must See. Behold Sparklemuffin and Skeletorus, New Peacock Spiders. If you don't think of spiders as cute and cuddly, then you’ve never met Sparklemuffin, Skeletorus, and the elephant spider. Scientists have identified these three new species of peacock spiders in various parts of eastern Australia.

7 Hidden Art Secrets That Were Uncovered With Technology. This Guy Photoshopped Himself Into His Childhood Pics To Hang Out With His Younger Self. Animated Movie Posters - IGNANT. Bird dog encounters birds at the pet store GIF by gangbangkang (@gangbangkang) Swedish Artist Is ‘Vandalizing’ Streets With His Stunning Pixel Art (New Pics) Duck on a swing GIF. Circus team with amazing balance and precision GIF. Artist Maude White Counts on Squarespace to Showcase Her Stunning Papercut Artworks. Thisissand. It's My Cake Day!!! So Hogwarts acceptance letter finally arrived! Late for meeting. Best 20 Amazing Pictures Gallery.

Art Project – Cultural Institute. The Art Project is a unique collaboration with some of the world’s most acclaimed art institutions to enable people to discover and view artworks online in extraordinary detail. Working with over 250 institutions, we have put tens of thousands of works of art from more than 6,000 artists online. This involved taking a selection of super high resolution images of famous artworks, as well as collating more than thirty thousand other images into one place. It also included building 360 degree tours of individual galleries using Street View ‘indoor’ technology. The project has expanded dramatically since it first launched.

More than 45,000 objects are now available to view in high resolution, an increase from 1,000 in the first version. A wide range of institutions, large and small, traditional art museums as well as less traditional settings for great art are represented in the expanded Art Project. View all museum collections. Living with a fox gif. Breastfeeding Mom To Museum. A pulpit for Pisa Cathedral by Italian sculptor Giovanni Pisano, showing a woman breastfeeding, was on display at the Victoria and Albert Museum in London in October 2016. This weekend, a breastfeeding museum visitor says she was told to cover up, which the museum says violates its own policies. Waring Abbott/Getty Images hide caption. Bridges over the Chicago River GIF. Caught sleeping on the job. Unusual and adorable home invasion. Buster Keaton gets rejected by a hatcheck girl without a word being spoken   People Creating Their Own Wickedly Funny Brexit Stamps.