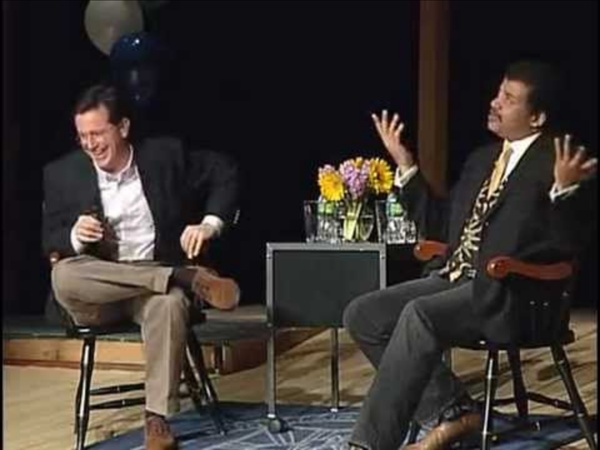 Sumner Redstone, Sleeping with the Fishes What changed it all, as so often happens, was a woman. At the heart of Redstone's new life, in fact, is an unlikely love story, one he and Paula haven't discussed publicly until now. It began in 2001. CERN physicists find hint of Higgs boson Researchers at the CERN particle accelerator have found "intriguing hints" of the Higgs boson, a moment of major progress in years of previously unfruitful searching for the elusive subatomic particle. The search for the Higgs boson is the top priority of CERN's massive and expensive Large Hadron Collider near Geneva, Switzerland. Its Atlas experiment showed a statistically suspicious increase in activity that indicates the Higgs could be pinned down with a mass of 126 giga-electron-volts, and showing some important agreement, its independent CMS experiment found a possible result nearby at 124GeV.

New Molecule That Mimics Exercise Could Help Treat Obesity and Diabetes In a dream world, we’d be able to lose weight without all the sweaty, hard work of exercising. Researchers who have developed a molecule that mimics exercise suggest this may no longer just be a far-fetched fantasy. The molecule does this by first inhibiting the function of ATIC, a cellular enzyme involved in metabolism. Nasa illustrations plotting Neil Armstrong's first steps on the moon set to go under the hammer Collection belonged to British lecturer in astronomy and aeronautics and fellow of Royal Astronautics Society and British Interplanetary SocietySet to fetch minimum of £10,000Menus reveal what food astronauts tucked into during Apollo 11 missionCollection also boasts logs of all missions from 1965 to 1989, including doomed 1970 Apollo 13 trip By Amy Oliver Published: 10:59 GMT, 30 August 2012 | Updated: 11:31 GMT, 30 August 2012 Neil Armstrong famously took 'one small step for man' to become the first human on the moon in 1969. Now a series of Nasa documents reveal the astronaut's first steps were sketched out ahead of the historic Apollo 11 mission.

North Korean Labor Camps This guy menacingly brandished a railroad spike at Shane until his Russian mobster driver “Billy the Fish” grabbed it out of his hands and asked, “This your lights-out switch?” Shortly after I arrived in Siberia, our British editor, Andy Capper, texted me: “You’ll love Siberia. Everything is so close and the people are so nice.” He was of course being facetious (or British: same thing) because everything is 18 hours by train and the people are very mean indeed.

File:Nazi Germany.svg Cancel Edit Delete Preview revert Text of the note (may include Wiki markup) Could not save your note (edit conflict or other problem). Please copy the text in the edit box below and insert it manually by editing this page. Study: The Universe has almost stopped making new stars Most of the stars that will ever exist have already been born, according to the most comprehensive survey of the age of the night sky. An international team of astronomers used three telescopes -- the UK Infrared Telescope and the Subaru Telescope, both in Hawaii, and Chile's Very Large Telescope -- to study trends in star formation, from the earliest days of the universe. Extrapolating their findings has revealed that half of all the stars that have ever existed were created between nine and 11 billion years ago, with the other half created in the years since. That means that rate at which new stars are born has dropped off massively, to the extent that (if this trend continues) 95 percent of all the stars that this universe will ever see have already been born.

FLI - Future of Life Institute Autonomous weapons select and engage targets without human intervention. They might include, for example, armed quadcopters that can search for and eliminate people meeting certain pre-defined criteria, but do not include cruise missiles or remotely piloted drones for which humans make all targeting decisions. Artificial Intelligence (AI) technology has reached a point where the deployment of such systems is — practically if not legally — feasible within years, not decades, and the stakes are high: autonomous weapons have been described as the third revolution in warfare, after gunpowder and nuclear arms. Many arguments have been made for and against autonomous weapons, for example that replacing human soldiers by machines is good by reducing casualties for the owner but bad by thereby lowering the threshold for going to battle.

Sight - Deus Ex Meets Black Mirror Sometimes the most interesting, unique film projects come from students or small teams of people. They’re able to flex their creative muscles like big studios can’t, and technology is making this less and less expensive. Sight, a short futuristic film by Eran May-raz and Daniel Lazo is most definitely creative. If you’ve ever played Deus Ex, you’ll probably understand why I’m making the comparison.

12 Maps That Changed the World - Uri Friedman "All cultures have always believed that the map they valorize is real and true and objective and transparent," Brotton, a professor of Renaissance studies at Queen Mary University of London, told me. "All maps are always subjective.... Even today’s online geospatial applications on all your mobile devices and tablets, be they produced by Google or Apple or whoever, are still to some extent subjective maps." There are, in other words, no perfect maps—just maps that (more-or-less) perfectly capture our understanding of the world at discrete moments in time. In his new book, A History of the World in 12 Maps, Brotton masterfully catalogs the maps that tell us most about pivotal periods in human history.

Astrophysics: Fire in the hole! Andy Potts In March 2012, Joseph Polchinski began to contemplate suicide — at least in mathematical form. A string theorist at the Kavli Institute for Theoretical Physics in Santa Barbara, California, Polchinski was pondering what would happen to an astronaut who dived into a black hole.

How Tesla Will Change The World This is Part 2 of a four-part series on Elon Musk’s companies. For an explanation of why this series is happening and how Musk is involved, start with Part 1. PDF and ebook options: We made a fancy PDF of this post for printing and offline viewing (see a preview here), and an ebook containing the whole four-part Elon Musk series: A Wait But Why post can be a few different things. One type of WBW post is the “let’s just take this whole topic and really actually get to the bottom of it so we can all completely get it from here forward.”