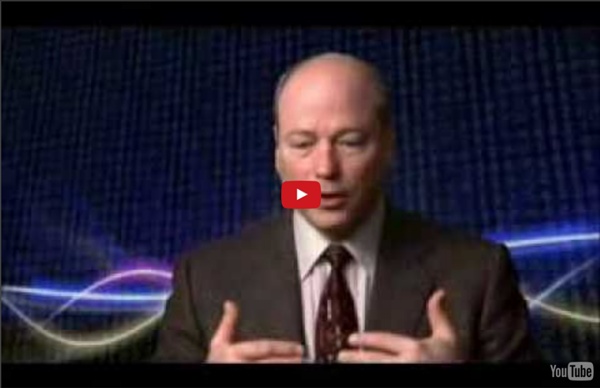 How Quantum Mechanics Screws with our Perception of Reality Quantum Mechanics and Reality, by Thomas J McFarlane © Thomas J. McFarlane 1995www.integralscience.org Most traditional [spiritual] paths were developed in prescientific cultures. Consequently, many of their teachings are expressed in terms of cosmologies or world views which we no longer find relevant. . .The question then naturally arises: Is it possible to incorporate both science and mysticism into a single, coherent world view? . . .Up until the first quarter of the twentieth century science was wedded to a materialist philosophy which was inherently antagonistic to all forms of religious insight. The primary purpose of this essay is to explain how quantum mechanics shows that the materialistic common sense notion of reality is an illusion, i.e., that the objective existence of the world is an illusion. The appearance of an objective world distinguishable from a subjective self is but the imaginary form in which Consciousness Perfectly Realizes Itself. Now listen to Niels Bohr, the pioneer of 20th century physics:

Easy Vegetable Gardening for Today’s Dinner | Hydroponics Supplies, Hydroponics Nutrients & Equipments Growing vegetables in your own garden is a fun-filled experience. With the help of hydroponic vegetable gardening you can grow a wide range of vegetables like tomatoes, peppers, eggplants, cucumber, cabbage etc and not worry about outdoor temperatures and pests that damage plants. Here are some tips you can follow for easy vegetable gardening: Decide which vegetables you wish to grow with indoor gardening. Hydroponic vegetable gardening can be practiced with various systems. Next step in hydroponic gardening is to choose grow lights. Keep checking pH of the nutrient media and water as vegetables do not like too acidic or too alkaline medium. Make sure that the area in which you are growing vegetables is not too moist because otherwise there is a threat of fungal infestation. By following above mentioned tips, you can grow your own fresh, nutritious, and healthy vegetables without having to worry about chemical pesticide infested market vegetables and their ever-increasing prices.

Quantum physics says goodbye to reality Some physicists are uncomfortable with the idea that all individual quantum events are innately random. This is why many have proposed more complete theories, which suggest that events are at least partially governed by extra "hidden variables". Now physicists from Austria claim to have performed an experiment that rules out a broad class of hidden-variables theories that focus on realism -- giving the uneasy consequence that reality does not exist when we are not observing it (Nature 446 871). Some 40 years ago the physicist John Bell predicted that many hidden-variables theories would be ruled out if a certain experimental inequality were violated – known as "Bell's inequality". Bell's trick, therefore, was to decide how to orient the polarizers only after the photons have left the source. Many realizations of the thought experiment have indeed verified the violation of Bell's inequality.

The Search For The History Of The Universe's Light Emission The light emitted from all objects in the Universe during its entire history - stars, galaxies, quasars etc. forms a diffuse sea of photons that permeates intergalactic space, referred to as "diffuse extragalactic background light" (EBL). Scientists have long tried to measure this fossil record of the luminous activity in the Universe in their quest to decipher the history and evolution of the Cosmos, but its direct determination from the diffuse glow of the night sky is very difficult and uncertain. Very high energy (VHE) gamma-rays, some 100,000,000,000 times more energetic than normal light, offer an alternative way to probe this background light, and UK researchers from Durham University in collaboration with international partners used the High Energy Stereoscopic System (HESS) gamma-ray telescopes in the Khomas Highlands of Namibia to observe several quasars (the most luminous VHE gamma-ray sources known) with this goal in mind. Source: PPARC

Dark Matter: The Larger Invisible Universe | Joe Arrigo PERSPECTIVE Normal matter—you, me, oatmeal, mountains, oceans, moons, planets, galaxies—make up about twenty-percent of the universe; the other eighty-percent is dark matter—star-stuff we cannot see or detect…yet. Why are scientists so certain this enigmatic matter exists? Because the evidence permeates the universe, first observed by Fritz Zwicky, when he measured the motions of galaxies and calculated that there wasn’t enough visible matter to affect galaxies to extent they were being pulled around.WWWFirst, there isn’t enough gravitational force within galaxies to bind and hold them in their current formation; then there is an invisible element that keeps them rotating faster than scientists would expect, clusters of galaxies bend and distort light more than they should, and supercomputer simulations exhibit that clouds of ordinary matter in the early universe did not have enough gravity to create the tight formations of galaxies we now see.

GET.gg Free Downloads - CBT Self Help Leaflets & Booklets Free Downloadable CBT Self-Help Information Leaflets www.STOPP.gg brings you directly to Therapy Worksheets page The following Adobe documents are freely available for you to download for therapy purposes - just click on the picture to open the file (in a new tab/window), then save a copy to your computer. Thumbnail pictures show only top half of portrait format documents. WORD versions now available - or download folder of PDF documents Therapist Resources & Therapy worksheets Cognitive Models & Formulation Templates Alphabetical List of Documents Buy WORD versions or download PDF folder You will need Adobe Reader to open the files - download the free software here. Cognitive Models & Formulation Templates About the Resources My motivation for this website is to improve and increase both the self help resources available, and printable resources for therapists. The documents (whole or part) and their content must NOT be resold nor otherwise used for profit. Naomi's London Marathon 2014

The Theory of Everything | Joe Arrigo PERSPECTIVE The above equation was written by Dr. Michio Kaku, theoretical physicist, who gradu­ated first in his physics class at Harvard, and, when he was in high school built a 2.3 million electron volt atom-smasher in his parents garage. It is an equation for String Field Theory—a theory that may unite The Theory of Relativity with Quantum Theory, into a uni­fied theory called The Theory of Everything. Theoretical physicists are those scientists who work in that twilight zone cutting edge realm be­tween reality and science fiction. For thirty years Einstein sought a unified theory of physics that would integrate all the forces of nature into a single beautiful tapestry. String Theory says that at the subatomic level, there are vibrating strings—that particles like protons, electrons and quarks are nothing but musical notes on a tiny vibrating string, that all the stupendous activities in the universe are born from a sub-atomic loop of energy deep within all matter. © Joe Arrigo

In a "Rainbow" Universe Time May Have No Beginning What if the universe had no beginning, and time stretched back infinitely without a big bang to start things off? That's one possible consequence of an idea called "rainbow gravity," so-named because it posits that gravity's effects on spacetime are felt differently by different wavelengths of light, aka different colors in the rainbow. Rainbow gravity was first proposed 10 years ago as a possible step toward repairing the rifts between the theories of general relativity (covering the very big) and quantum mechanics (concerning the realm of the very small). According to Einstein's general relativity, massive objects warp spacetime so that anything traveling through it, including light, takes a curving path. The effects would usually be tiny, so that we wouldn't notice the difference in most observations of stars, galaxies and other cosmic phenomena. Whereas it is too soon to know if these scenarios might describe the truth, they are intriguing. Yet the concept has its critics.

self help - Google Play This SERIOUS self improvement app contains the ingredient to help one to step forward to life. These are some of the content:- Healthy Abundance Mindset- Meditation- Goal Setting..and many more! Ideal for those who wants to self help themselves! Read below to read some tips since you are already here. So how do you stay calm, composed and maintain self esteem in a tough environment? Here are some tips you may to consider as a starter guide to self improvement. Imagine yourself as a Dart Board. Dart Pin #1 : Negative Work EnvironmentBeware of “dog eat dog” theory where everyone else is fighting just to get ahead. Dart Pin #2: Other People’s BehaviorBulldozers, brown nosers, gossipmongers, whiners, backstabbers, snipers, people walking wounded, controllers, naggers, complainers, exploders, patronizers, sluffers… all these kinds of people will pose bad vibes for your self esteem, as well as to your self improvement scheme. Dart Pin #4: Past ExperienceIt’s okay to cry and say “ouch!”

Four things you might not know about dark matter Not long after physicists on experiments at the Large Hadron Collider at CERN laboratory discovered the Higgs boson, CERN Director-General Rolf Heuer was asked, “What’s next?” One of the top priorities he named: figuring out dark matter. Dark matter is five times more prevalent than ordinary matter. It seems to exist in clumps around the universe, forming a kind of scaffolding on which visible matter coalesces into galaxies. The nature of dark matter is unknown, but physicists have suggested that it, like visible matter, is made up of particles. Dark matter shows up periodically in the media, often when an experiment has spotted a potential sign of it. Here are four facts to get you up to speed on one of the most exciting topics in particle physics: 1. Illustration by: Sandbox Studio, Chicago At this moment, several experiments are on the hunt for dark matter. 2. Several experiments are searching for dark matter, and some of them may have even already found it. 3. 4.