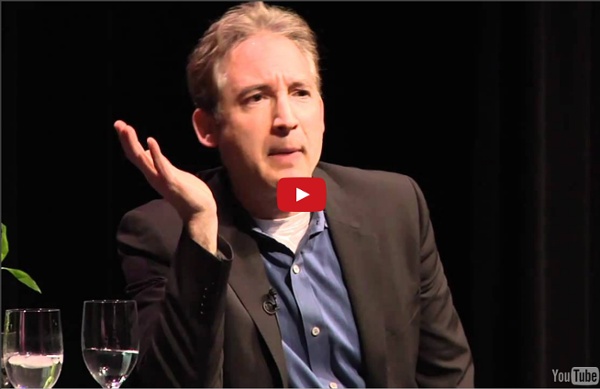 Second death The second death is an eschatological concept in Judaism and Christianity related to punishment after a first, natural, death. Judaism[edit] Although the term is not found in the Hebrew Bible, Sysling in his study (1996) of Teḥiyyat ha-metim (Hebrew; "resurrection of the dead") in the Palestinian Targums identifies a consistent usage of the term "second death" in texts of the Second Temple period and early Rabbinical writings. In most cases this "second death" is identical with the judgment, following resurrection, in Gehinnom at the Last Day.[1] Targum Deuteronomy[edit]

Quantum Mechanics and Reality, by Thomas J McFarlane © Thomas J. McFarlane 1995www.integralscience.org Most traditional [spiritual] paths were developed in prescientific cultures. Consequently, many of their teachings are expressed in terms of cosmologies or world views which we no longer find relevant. . .The question then naturally arises: Is it possible to incorporate both science and mysticism into a single, coherent world view? . . .Up until the first quarter of the twentieth century science was wedded to a materialist philosophy which was inherently antagonistic to all forms of religious insight. With the advent of quantum physics, however, this materialist philosophy has become scientifically untenable.

Quantum physics says goodbye to reality Some physicists are uncomfortable with the idea that all individual quantum events are innately random. This is why many have proposed more complete theories, which suggest that events are at least partially governed by extra "hidden variables". Now physicists from Austria claim to have performed an experiment that rules out a broad class of hidden-variables theories that focus on realism -- giving the uneasy consequence that reality does not exist when we are not observing it (Nature 446 871). Some 40 years ago the physicist John Bell predicted that many hidden-variables theories would be ruled out if a certain experimental inequality were violated – known as "Bell's inequality". Quantum entanglement Quantum entanglement is a physical phenomenon that occurs when pairs or groups of particles are generated or interact in ways such that the quantum state of each particle cannot be described independently – instead, a quantum state may be given for the system as a whole. Such phenomena were the subject of a 1935 paper by Albert Einstein, Boris Podolsky and Nathan Rosen,[1] describing what came to be known as the EPR paradox, and several papers by Erwin Schrödinger shortly thereafter.[2][3] Einstein and others considered such behavior to be impossible, as it violated the local realist view of causality (Einstein referred to it as "spooky action at a distance"),[4] and argued that the accepted formulation of quantum mechanics must therefore be incomplete. History[edit] However, they did not coin the word entanglement, nor did they generalize the special properties of the state they considered. Concept[edit] Meaning of entanglement[edit]

Intelligent design Intelligent design (ID) is the pseudoscientific view[1][2] that "certain features of the universe and of living things are best explained by an intelligent cause, not an undirected process such as natural selection."[3] Educators, philosophers, and the scientific community have demonstrated that ID is a religious argument, a form of creationism which lacks empirical support and offers no tenable hypotheses.[4][5][6] Proponents argue that it is "an evidence-based scientific theory about life's origins" that challenges the methodological naturalism inherent in modern science,[7][8] while conceding that they have yet to produce a scientific theory.[9] The leading proponents of ID are associated with the Discovery Institute, a politically conservative think tank based in the United States.

Creator deity Polytheism[edit] Platonic demiurge[edit] Monolatrism[edit] Monism[edit] Monism has its origin in Hellenistic philosophy as a concept of all things deriving from a single substance or being. Ancestral sin Ancestral sin (Greek: προπατορικὴ ἁμαρτία or προπατορικὸν ἁμάρτημα, more rarely προγονικὴ ἁμαρτία) is the object of a Christian doctrine taught by the Eastern Orthodox Church. Some identify it as "inclination towards sin, a heritage from the sin of our progenitors".[1] But most distinguish it from this tendency that remains even in baptized persons, since ancestral sin "is removed through baptism".[2] St. Gregory Palamas taught that, as a result of ancestral sin (called "original sin" in the West), man's image was tarnished, disfigured, as a consequence of Adam's disobedience.[3] The Greek theologian John Karmiris writes that "the sin of the first man, together with all of its consequences and penalties, is transferred by means of natural heredity to the entire human race.

Original sin Original sin, also called ancestral sin,[1] is the Christian doctrine of humanity's state of sin resulting from the fall of man, stemming from Adam's rebellion in Eden. This condition has been characterized in many ways, ranging from something as insignificant as a slight deficiency, or a tendency toward sin yet without collective guilt, referred to as a "sin nature", to something as drastic as total depravity or automatic guilt of all humans through collective guilt.[3] The concept of original sin was first alluded to in the 2nd century by Irenaeus, Bishop of Lyons in his controversy with certain dualist Gnostics. Other church fathers such as Augustine also developed the doctrine, seeing it as based on the New Testament teaching of Paul the Apostle (Romans 5:12–21 and 1 Corinthians 15:22) and the Old Testament verse of Psalm 51:5.[4][5][6][7][8] Tertullian, Cyprian, Ambrose and Ambrosiaster considered that humanity shares in Adam's sin, transmitted by human generation.

Salvation Salvation (Latin salvatio; Greek sōtēria; Hebrew yeshu'ah) is being saved or protected from harm[1] or being saved or delivered from some dire situation.[2] In religion, salvation is stated as the saving of the soul from sin and its consequences.[3] The academic study of salvation is called soteriology. It concerns itself with the comparative study of how different religious traditions conceive salvation and how they believe it is obtained.

Allegorical interpretations of Genesis Genesis is part of the canonical scriptures for both Christianity and Judaism, and thus to believers is taken as being of spiritual significance. The opening sequences of the book tell the biblical story of origins. Those who read Genesis literally believe that it teaches the creation of humanity and the universe in general in a timeframe of six successive days of 24 hour durations.