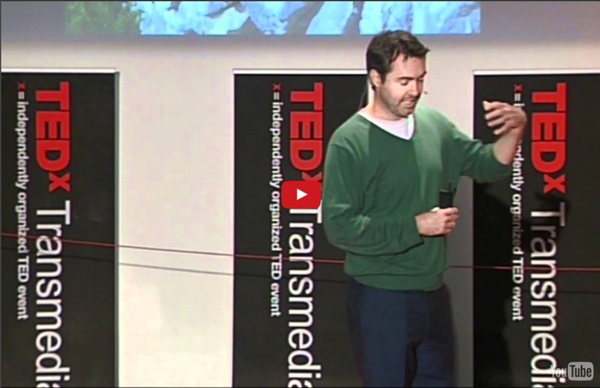 Peter Diamandis: Abundance is our future | Nouveaux paradigmes A billion-year storage medium that could outlive the human race A QR code etched in tungsten and embedded in graphene oxide on an optical disc Credit: University of Twente) Researcher Dr. Jeroen de Vries from the University of Twente MESA+ Institute for Nanotechnology suggests we could store data for one million to one billion years, using a new storage medium based on tungsten and graphene oxide. He imagines two possible scenarios: Disaster has devastated the earth and society must rebuild the worldWe need to create a legacy for future intelligent life that evolves on Earth or comes from other worlds. Optical-disc information carrier de Vries has developed a novel optical-disc information carrier that he says can store such information for extremely long periods of time, using etching techniques. Left: scanning electron micrograph of the cross-section of the encapsulated lines in the disc test sample; right: scanning electron micrograph of the sample after 1 hour at 200 degrees Celsius (credit: Jeroen de Vries et al. The ultimate aging test References:

Money is Not Wealth This is a guest post by Greg Linster, a graduate student studying economics at the University of Denver. He blogs at Coffee Theory about things philosophical and shares aphorisms (almost daily) at Aphoristic Cocktails. The father of modern economics, Adam Smith, once wrote: "All money is a matter of belief." The question I want to pose (and hopefully answer in this article), then, is: Should we believe? I’m afraid, however, that the answer is a rather tricky one. Since Kent’s blog is called The Financial Philosopher and since I'm an economics graduate student with a philosophical proclivity, it seems only fitting that I attempt to tackle a philosophical question about the nature of money. Most of us wake up in the morning and go to a place called 'work' in order to earn money. It seems fairly obvious that most of us would prefer to have more money as opposed to less. As such, I think most of us, when we say we want money, really mean that we want wealth. Notes: Related:

TAOA | There Are Other Alternatives Learning languages I wanna talk about learning languages. I’ve lived in many different countries, both in Western Europe, Middle East, and now here in Hong Kong. And during all of that time, I’ve learned five or six different languages, to one degree or another. Before I came to Hong Kong, I lived in Barcelona Spain for ten years. Other things that helped me when I first moved to Spain, were watching the typical kinds of programs we see everyday on channels around the world. Other types of program that helped me learned Spanish quickly were things like game shows, where the same thing happens. As well as that, I used to pick up the Spanish newspapers. Anyway, by far the best practice I ever had was just talking to people in the street, or in shops where I'd rehearse in my head what I wanted to say beforehand, before I went in. It took me a long time to develop a good level of Spanish.

Emperors, clothes, money BBC Radio 4′s documentary series Analysis has a fascinating programme that explores the little-asked question ‘What is Money?’ – and the answer turns out to be scarily psychological. In fact, the definition is very close to William Gibson’s description of cyberspace as a “mass consensual hallucination” because money relies on us to believe in it for it to work. In other words, it’s largely a social concept we all sign up to and this episode of Analysis looks at the economics of how (or rather how not) money is tied to actual goods and services in the world and what this means in times of financial crisis. It also turns out that the BBC are now linking to podcasts directly from the programme pages so even though we live our lives in the grip of a self-imposed imaginary power at least the Radio 4 website is now easier to use. Link to Analysis episode ‘What is Money?’