A Thought For Food - where ideas are brought to simmer 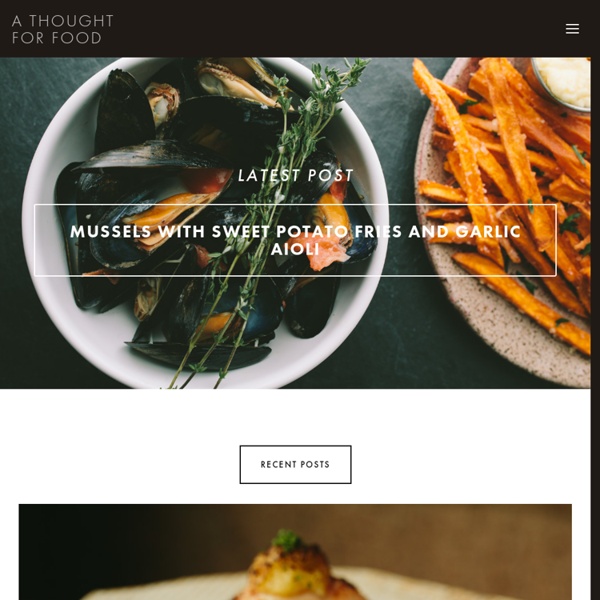 Love and Olive Oil This Gadget Will Soon Revolutionize The Way You Boil Water When designers Nils Chudy and Jasmina Grase of the Copenhagen-based design studio Chudy and Grase set out to redesign the standard electric tea kettle, they didn't expect their outcome to be a game-changer. At first, the pair was more concerned with aesthetics than function, but their research showed that the minimum fill line for the majority of kettles is approximately 500ml, while one single cup serving of hot water is about 250 ml. That meant half the energy required to boil the kettle is often wasted. With the question "how can we change people’s habits of overfilling electric kettles in order to save energy?" Miito is currently still in development, but the design has already won several awards, including a 2014 James Dyson Award (national winner and shortlisted), and the Netherlands' Keep An Eye grant, making it an very promising work in progress. Miito works with any vessel (mug, bowl, tea pot), and any liquid too: milk, soups, broths. More design finds on Food Republic:

Jeff Beachbum Berry’s Favorite Tiki Tales - Imbibe Magazine Jeff “Beachbum” Berry is the veritable godfather of the modern tiki revivial. We asked him to share his five favorite anecdotes from tiki history—a tall order for someone who no doubt knows hundreds of such stories, most of which he’s included in his latest book, Potions of the Caribbean. In the meantime, here are the Beach Bum’s personal favorites. 1) In his book Name Dropping, author Barnaby Conrad recalled the day in the 1960s when Victor Jules “Trader Vic” Bergeron—the inventor of the Mai Tai—hired him to ghost-write his autobiography. Vic had become a famous tiki restaurateur by presenting himself as a seafaring roustabout “Trader” who sailed the South Seas discovering exotic drinks and dishes. 2) Don the Beachcomber invented the tiki bar after Prohibition, where he also invented his most famous drink, the Zombie. 3) In the late 1950s, Harry Yee was the head bartender at the Hawaiian Village Resort, where he invented the Blue Hawaii cocktail.

The Novice Chef Food and tv series: tasty quotes dished up Television series are a source of great wisdom: fans of American tv shows already know this truth. It may not surprise you to know that even in matters of food some TV series dish out much advice. Culinary selfishness, vindictiveness against vegetarian food, a love for dessert and a passion for alcohol: we have delicious tv quotes for all of these topics. FRIENDS Out of all the characters of Friends the most morbidly attached to food is undoubtedly the penniless Joey, an Italian­American actor who has provided us with more than one maxim on the food. What should you say to that friend who always wants to taste food from your plate? Or what is the solution when the refrigerator breaks down suddenly? PARKS AND RECREATION Ron Swanson is the gruff character of Parks and Recreation, a comedy that follows the story of a fictional American town, Pawnee. Here’s an example on the topic of breakfast: HANNIBAL Hannibal Lecter is definitely a gourmet, a degenerate one but, nonetheless, a gourmet.

Sam Tan's Kitchen fresh365 - home 8 Food Tumblrs You Can't Miss Tumblr is a magical place: the depths of this social network bring to life diverse blogs and a style of communication that is mostly visual and/or ironic. From television series to celebrities, from design to photography, no topic, especially food, remains untouched. So which blogs should you be following if you are passionate about food? We’ve gathered some of the most fun and interesting Tumblrs, those so magnificent we wish we would have invented them ourselves. Food is commonplace in Japanese anime and there’s lots of it. Television aficionados are probably familiar with House of Cards, a show in which an unscrupulous Kevin Spacey plans his ascent to the White House. What lies behind the best American food trucks? Tumblr is a social network that isn’t as protected as Facebook or Twitter, thus you’ll often come across “hot” images. Well-informed foodies will most certainly know this Tumblr. We’ve already told you about this fun Tumblr.

Foodmancing the Girl™ Le voyage créatif This July I met up with Annette Joseph in her amazing apartment in Italy for a little summer get-together with cooking, eating and dancing on the agenda. If you know Annette Joseph from before, then you know she knows how to throw a party and make it all look oh-so effortlessly, she is a food and lifestyle stylist after all with years of experience under the belt for magazines such as Better Homes and Gardens, and is an lifestyle and entertainment expert on the Today show. My lucky part was to be able to watch her work her magic up close and personal, enjoy heartfelt and fun conversation along the way, and play with my camera. It was such a treat to spend time in her company. It´s always so inspiring to have conversations between women, to hear their life wisdom, how they make their relationship work after many years of marriage, to listen to their life stories and to learn from their creative journey, how they began their career to where they are now. Spicy orange shrimp Serve 4-6