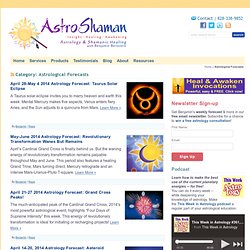 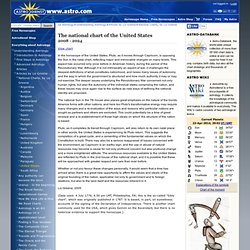 This aspect has occurred only once before in American history, during the period of the Revolutionary War. Although it is not intrinsically an aspect of war, it challenges the deepest definitions of what constitutes nationhood, and raises many issues of autonomy and the way in which the government is structured and how much authority it may or may not exercise.The deeper issues underlying the Revolutionary War concerned not only human rights, but also the autonomy of the individual states comprising the nation, and these issues may once again rise to the surface as new ways of defining the national identity are proposed.

Pluto, as it completes its transit through Capricorn, will also return to its own natal place: in other words, the United States is experiencing its Pluto return. National Charts, by Liz Greene. New astrological sign: Professor finds horoscopes may be a little off kilter - Page 2. The astrological calendar is all wrong. 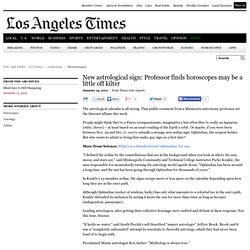 That public comment from a Minnesota astronomy professor set the Internet aflame this week. People might think they're a Pisces (compassionate, imaginative), but often they're really an Aquarius (witty, clever) -- at least based on an exact reading of the Earth's orbit. Or maybe, if you were born between Nov. 29 and Dec. 17, you're actually a strange new zodiac sign: Ophiuchus, the serpent holder. But who wants to admit to being that snake-guy sign on a first date? Are You Under the Thirteenth Zodiac Sign? I read from Claire's and Caroline's blog about the new zodiac sign for the European Horoscope. 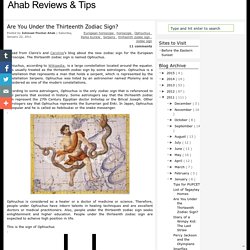 The thirteenth zodiac sign is named Ophiuchus. Ophiuchus, according to Wikipedia, is a large constellation located around the equator. It is usually treated as the thirteenth zodiac sign by some astrologers. Ophiuchus is a constellation that represents a man that holds a serpent, which is represented by the constellation Serpens. International Futures Forum. Gauquelin and the Mars effect. Source: Skeptical Inquirer, 21(6), November/December 1997, p. 24-29. by Jan Willem Nienhuys <j.w.nienhuys@tue.nl> The so-called Mars effect has haunted science for forty years now, but there's a light at the end of the tunnel. 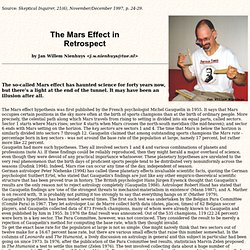 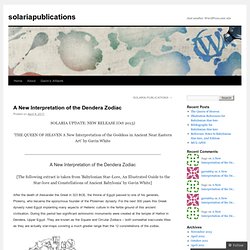 The Message of the Stars, by Max Heindel. By Max Heindel and Augusta Foss Heindel Click here for the graphics printed book cover. 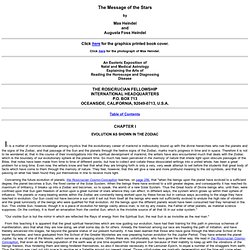 Click here for the photograph of Max Heindel. An Esoteric Exposition of Natal and Medical Astrology Explaining the Arts of Reading the Horoscope and Diagnosing Disease. Society: Religion and Spirituality: Divination: Astrology: Software. History of Astrology - STELLAR PSYCHOTHERAPIST & OCCULTIST. Prominent Astrologers of the Past. World history, the bible, ancient advanced technology, astrology. Hello everyone! 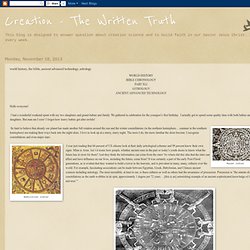 I had a wonderful weekend spent with my two daughters and grand-babies and family. We gathered in celebration for the youngest’s first birthday. I actually got to spend some quality time with both babies and daughters. But man am I sore! I forgot how heavy babies get after awhile! Its hard to believe that already our planet has made another full rotation around the sun and the winter constellations (in the northern hemisphere….summer in the southern hemisphere) are making their ways back into the night skies. I was just reading that 66 percent of US citizens look at their daily astrological columns and 98 percent know their own signs. THE MOTHER OF ALL SCIENCES. A l'alta fantasia qui mancò possa; ma già volgeva il mio disio e 'l velle, sì come rota ch'igualmente è mossa, l'amor che move il sole e l'altre stelle. 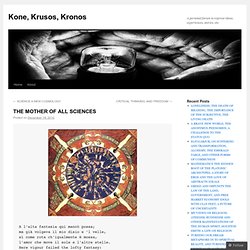 Here vigour failed the lofty fantasy: But now was turning my desire and will, even as a wheel that equally is moved, The love which moves the sun and the other stars. Dante's last line in Paradise I have been studying Astrology for almost forty years, but should confess that I rarely mention this fact to anybody. People in General have a tendency of labeling you with a quick judgment without going in depth about it, either they think you are an inoffensive nut, of which seems to be an abundant crop around us all the time, or they will lionize you with endless questions about their Zodiac sign, their particular destiny, specially when it come to matters of love, and their prospect to become rich, and powerful!

But how can we blame them?