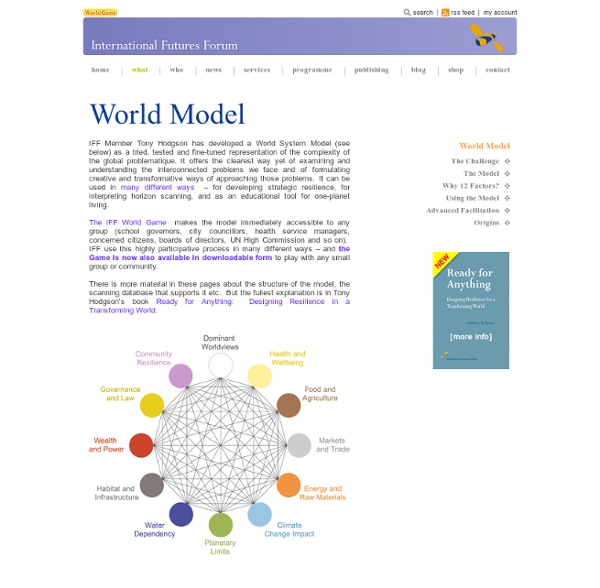 Knutepunkt - Nordic Larp Wiki Knutepunkt is an annual conference on Nordic style larp which has been running since the first event in Norway in 1997. It cycles through each of the Nordic countries as hosts; in Sweden it's called Knutpunkt, in Denmark Knudepunkt and in Finland Solmukohta. In English the translation would be meeting point or nodal point. Though the conference started out strictly as an event for larp (Live action role-playing), and it's 3 founders Erlend Eidsem Hansen, Hanne Grasmo and Margrete Raaum all were larporganisers of 360 degrees Nordic Style larps, Knutepunkt has since embraced role-playing games in a more general fashion. Today the conference still has an emphasis on larp, but programs devoted to educational larping, freeform, blackbox larps, gametheory and traditional tabletop role-playing are common. List of Knutepunkts

WEpractice Community We are committed spiritual practitioners who seek to advance human culture and spiritual development through the evolution of collective awareness. We develop and model new, more awakened ways of being in community and in the world. We feel collective and relational consciousness practice is the next step in spiritual practice. We boldly and humbly endeavor to create an opportunity for the Future to reach back and guide us towards It. Vincent Callebaut Architecte FLAVOURSORCHARD TYPE : Architectural & Engineering CommissionCLIENT : Private Developer, KunmingPROGRAM : Construction of 45 Plus-Energy (BEPOS) VillasPROJECT TITLE : Flavours OrchardCONTRACT PERFORMANCE LOCATION : Dianchi Lake, Kunming, Southwest China CitySURFACE AREA : 90.000 m²YEAR : 2014VCA’S TEAM: Jiaoyang Huang, Benoit Patterlini, Maguy Delrieu, Olivier Sylvain, Vincent Callebaut Stepping out of your plus-energy house regulating the light and the temperature cleverly and automatically according to the sun’s path. Catch the vital energies of the nature by training ourselves Tai Chi Chuan or Qi Gong under a snow of cherry tree petals. Cultivate together with our neighbors the community vegetable garden. Harvest the organic vegetables for the family dinner. Wander between the marshes of rainwater harvesting and the recycling lagoons where the sky of koï carps is covered of lotus flowers.

The Shadow of the Dalai Lama – Part I – 6 The Shadow of the Dalai Lama – Part I – 6. Kalachakra: The public and the secret initiations © Victor & Victoria Trimondi The Kalachakra Tantra (Time Tantra) is considered the last and most recent of all the revealed tantra texts (c. tenth century), yet also as the “highest of all Vajrayana ways”, “the pinnacle of all Buddhist systems”. It differs from earlier tantras in its encyclopedic character. It has been described as the “most complex and profound statement on both temporal and spiritual matters” (Newman, 1985, p. 31).

Astrological Forecasts Archives - AstroShaman April 28-May 4 2014 Astrology Forecast: Taurus Solar Eclipse A Taurus solar eclipse invites you to marry heaven and earth this week. Mental Mercury makes five aspects, Venus enters fiery Aries, and the Sun adjusts to a quincunx from Mars. Learn More » May-June 2014 Astrology Forecast: Revolutionary Transformation Wanes But Remains Prizewinning Educational Games from the Nobel Foundation Marie Curie, Martin Luther King Jr, Albert Einstein, Sir Alexander Fleming, Mother Teresa; all of these amazing individuals have one thing in common – winning the Nobel Prize. The Nobel Prize is one of the most highly regarded awards given to people working in the fields of literature, medicine, physics, chemistry, peace, and economics. But the Nobel Foundation is more than just an award giving Foundation, and has branched out into creating educational content related to the hard work done by Nobel Prize winners.