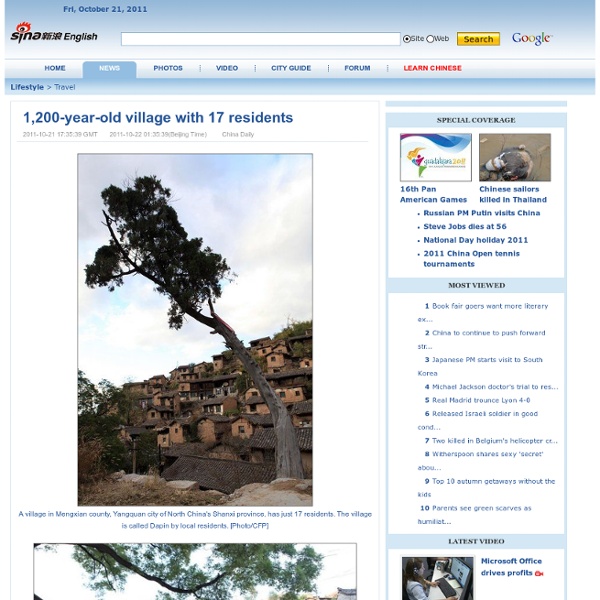 danger + opportunity ≠ crisis There is a widespread public misperception, particularly among the New Age sector, that the Chinese word for “crisis” is composed of elements that signify “danger” and “opportunity.” I first encountered this curious specimen of alleged oriental wisdom about ten years ago at an altitude of 35,000 feet sitting next to an American executive. He was intently studying a bound volume that had adopted this notorious formulation as the basic premise of its method for making increased profits even when the market is falling. At that moment, I didn't have the heart to disappoint my gullible neighbor who was blissfully imbibing what he assumed were the gems of Far Eastern sagacity enshrined within the pages of his workbook. Now, however, the damage from this kind of pseudo-profundity has reached such gross proportions that I feel obliged, as a responsible Sinologist, to take counteraction.

Middle East Maps - Perry-Castañeda Map Collection Middle East Maps The PCL Map Collection includes more than 250,000 maps, yet less than 30% of the collection is currently online. A $5, $15, or $25 contribution will help us fund the cost of acquiring and digitizing more maps for free online access. Click the SUPPORT US button to make your contribution today! The following maps were produced by the U.S. learn tai chi We know you want to learn tai chi and it's very tempting to just say 'Start - now - today! And point you to qigong exercises and let you read about the fundamentals and start to learn some individual exercises. It's important to remember that any exercise done the wrong way has the potential to cause damage. Tai chi is no different in that respect. If you do decide to learn on your own it's really important that you protect your knees and back by following the posture guidelines at the beginning of the exercise instructions. Please read the instructions guidelines techniques, they tell you how to use our instructions.

Color Photography from Russia in the Early 1900′s Posted Oct 21, 2009 Share This Gallery inShare58 The photographs of Russian chemist and photographer, Sergei Mikhailovich Prokudin-Gorskii, show Russia on the eve of World War I and the coming of the revolution. From 1909-1912 and again in 1915, Prokudin-Gorskii travelled across the Russian Empire, documenting life, landscapes and the work of Russain people. 1980's: How to Get the Look - PrivateIslandParty.com by Emily Neelandposted on 1/18/13 Heading to an 80′s party or just looking to infuse your wardrobe with inspirations from wild 80′s fashions? Then you’re probably also looking for some 80′s makeup, hair and style tips to stay one step ahead of the other Breakfast Club wannabes!

A Most Secret Tragedy By MICHAEL FATHERS It is difficult to look dispassionately at some 45 million dead. It was not war that produced this shocking number, nor natural disaster. It was a man. It was politics and one man's vanity. The cause was famine and violence across rural China, a result of Mao Zedong's unchecked drive to turn his country rapidly into a communist utopia and a leading industrial nation.

Kazakhstan Atlas Obscura's journey into Kazakhstan will delve into the complex contours of a young country rich with thousands of years of nomadic history. On this trip, you'll learn about folk music, falconry, and the future of energy in Almaty and Astana, the country's old and new capital cities. An overnight train will then whisk you across long expanses of Central Asian steppe, where you'll have the opportunity to wander through bustling marketplaces, listen to fascinating and unfamiliar instruments, and taste Kazakh, Uzbek, Uighur, and Georgian delicacies. While the stunning Tian Shan Mountains beckon from beyond, you'll be welcomed by the country's artists, diplomats, guides, and architects. This trip is limited to 16 explorers. Highlights Films For Action Just imagine what could become possible if an entire city had seen just one of the documentaries above. Just imagine what would be possible if everyone in the country was aware of how unhealthy the mainstream media was for our future and started turning to independent sources in droves. Creating a better world really does start with an informed citizenry, and there's lots of subject matter to cover.