China's Housing Bubble Is Finally Here. A man and woman sit on a scooter in front of the residential luxury homes of Guangcai (top) in Beijing’s Chaoyang district on September 29, 2016. 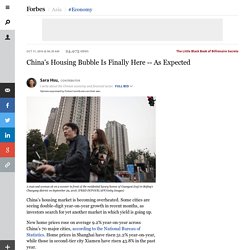 (FRED DUFOUR/AFP/Getty Images) China’s housing market is becoming overheated. Some cities are seeing double-digit year-on-year growth in recent months, as investors search for yet another market in which yield is going up. New home prices rose on average 9.2% year-on-year across China’s 70 major cities, according to the National Bureau of Statistics. Home prices in Shanghai have risen 31.2% year-on-year, while those in second-tier city Xiamen have risen 43.8% in the past year. China New Home Prices, Year on Year Growth Source: Trading Economics, National Bureau of Statistics In response, local governments have sought to quell the excessive bidding up of prices through regulations.

Interestingly, this comes after years of loosening restrictions to jumpstart the housing market once the real estate frenzy collapsed. China Real Estate Bubble: Will It Bring Down the Global Economy? While U.S. 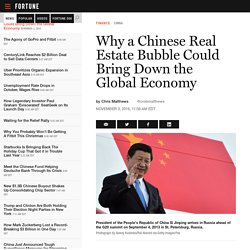 GDP grew by 2.9% this quarter, trouble is brewing on the other side of the Pacific. Analysts are sounding the alarm about growing Chinese debt loads and a potential real estate bubble that threatens to dramatically slow growth in Asia, and which could be a drag on the entire global economy if it bursts. In September, Ma Jun, the chief economist of the People’s Bank of China’s research bureau, argued that the Chinese government must take action to stamp out real estate speculation. “”Measures should be taken to put a brake on the excessive bubble expansion in the property sector, and we should curb excessive financing into the real estate sector,” Ma said, according to a translation of a Chinese news report by Bloomberg News. 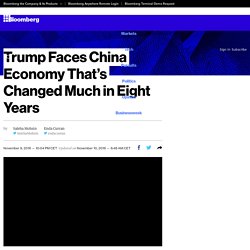 President-elect Donald Trump will confront a Chinese economy that is vastly bigger and more mature but less of a growth motor than the one faced by the last Republican administration. It’s also dealing with a host of new challenges. Once driven by exports and investment, China’s growth model has shifted to depend more heavily on consumer spending and services. The government irked America for years by holding down its currency even as capital flooded in, and now it’s trying to cushion the yuan’s decline as capital flees. 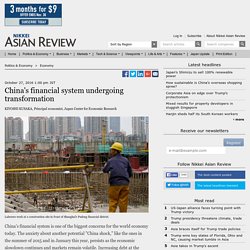 The anxiety about another potential "China shock," like the ones in the summer of 2015 and in January this year, persists as the economic slowdown continues and markets remain volatile. Increasing debt at the state-owned enterprises, including so-called "zombie" companies, is a another source of worry. At the same time, the internationalization of the yuan, including the currency's adoption into the International Monetary Fund's special drawing rights basket, is increasing, as is China's influence in the global financial system. There are both positive and negative developments in and around China's financial system and the situation is complicated. About 25 top-level scholars and experts from nine countries and regions discussed the issue at a conference in Tokyo this month.

Dual track reform Huang said China's financial reform had experienced a "unique pattern. " China′s ′New Silk Road′ brings great promise to eastern Europe. In the past 25 years, there have been a number of international platforms focusing on Central, East and Southeast Europe (CESEE). 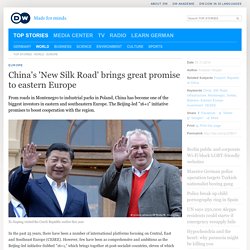 However, few have been as comprehensive and ambitious as the Beijing-led initiative dubbed "16+1," which brings together 16 post-socialist countries, eleven of which are European Union member states and five of which are in different stages of accession. Is China Already Taking Its Revenge for THAAD? Cultural exchanges have started to become restricted, but can China really give up its addiction to Hallyu? 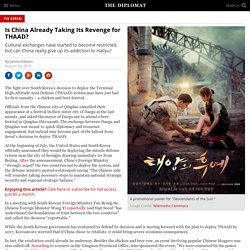 By Jenna Gibson for The Diplomat August 03, 2016 The fight over South Korea’s decision to deploy the Terminal High-Altitude Area Defense (THAAD) system may have just had its first casualty – a chicken and beer festival. Officials from the Chinese city of Qingdao cancelled their appearance at a festival in their sister city of Daegu at the last minute, and asked the mayor of Daegu not to attend a beer festival in Qingdao this month. The exchange between Daegu and Qingdao was meant to spark diplomacy and economic engagement, but instead may become part of the fallout from Seoul’s decision to deploy THAAD. 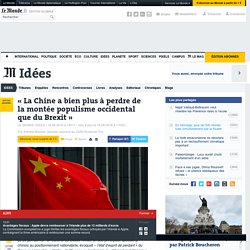