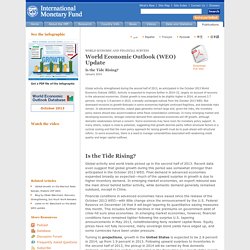 January 2014 Global activity strengthened during the second half of 2013, as anticipated in the October 2013 World Economic Outlook (WEO). Activity is expected to improve further in 2014–15, largely on account of recovery in the advanced economies. ADP Workforce Vitality Index Shows Real Wages Accelerating The ADP Workforce Vitality Index, which represents the total real wages paid to the US private sector workforce, is 110.6 in the third quarter of 2014 (2Q2011=100, Seasonally Adjusted). 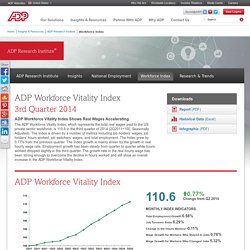 The Index is driven by a number of metrics including job holders’ wages, job holders’ hours worked, job switchers’ wages, and total employment. Mood on Economy Up, Race Relations Sharply Down. Story Highlights Satisfaction with race relations down 25 points to a mere 30%Satisfaction with the economy up 13 points in past year, to 41%Security from terrorism dips 10 points, but still high at 59% PRINCETON, N.J. -- Americans' views about the economy, their overall quality of life and the opportunity to get ahead through hard work are more positive than they were before the 2014 State of the Union Address -- echoing their improving economic confidence. 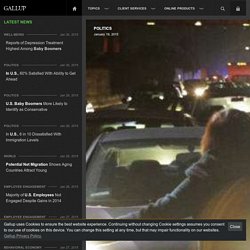 At the same time, Americans are markedly less satisfied with the state of race relations and, to a lesser extent, with the nation's security from terrorism, with crime and with federal taxes. These are the significant changes in how Americans see the country at the start of 2015 compared with the same point in 2014, according to Gallup's annual Mood of the Nation poll. Quality of Life, Military, Economic Opportunity Lead 2015 List Progress and Setbacks Since 2008. 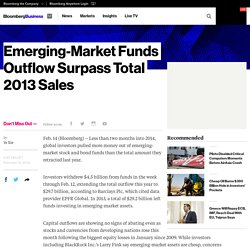 Investors withdrew $4.5 billion from funds in the week through Feb. 12, extending the total outflow this year to $29.7 billion, according to Barclays Plc, which cited data provider EPFR Global. In 2013, a total of $29.2 billion left funds investing in emerging-market assets. Capital outflows are showing no signs of abating even as stocks and currencies from developing nations rose this month following the biggest equity losses in January since 2009. While investors including BlackRock Inc.’s Larry Fink say emerging-market assets are cheap, concerns about slowing growth in China, trade deficits in Turkey and the Federal Reserve’s reduction of stimulus are weighing on investor sentiment. 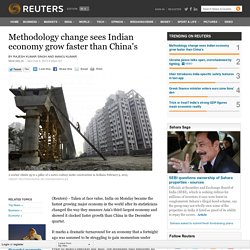 It marks a dramatic turnaround for an economy that a fortnight ago was assumed to be struggling to gain momentum under Prime Minister Narendra Modi's reform-minded government. Prior to Modi's election last May, the economy had endured its weakest phase of growth since the 1980s. Emerging markets adapt to ‘new normal’ as commodities cycle ends - FT.com. Emerging markets PMI - HSBC Holdings plc.

Negative Real Rates Emerg. Markets. The capital-freeze index: Stop signs. The economy slowed in the first full quarter of the new Government, growing at 5.3 per cent from 5.7 per cent in the previous April-June quarter. 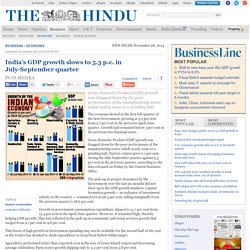 Growth had remained below 5 per cent in the previous two financial years. Gross Domestic Product (GDP) growth was dragged down by the poor performance of the manufacturing sector which nearly came to a grinding halt. Factory output grew 0.1 per cent during the July-September quarter against 3.5 per cent in the previous quarter, according to the data released on Friday by the Central Statistics Office. Balance of Payments - Quarter IV 2012 - Central Bank of Republic of Indones. Wanted: Overworked American Broker Seeking Pay Cut to Live Large in Vietnam - Bloomberg Business. (Bloomberg) -- After six years trading stocks in New York and Hong Kong, Patrick Mitchell decided he’d had enough. 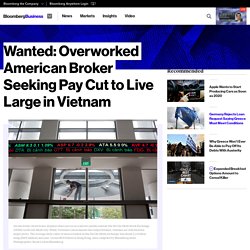 Mongolia's foreign investment reform: what to expect. The new Mongolian government last month released its reform platform for 2012 to 2016. 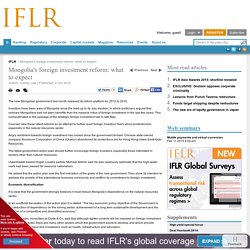 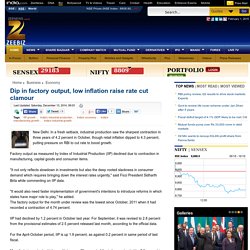 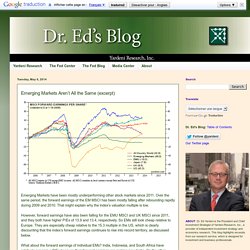 Over the same period, the forward earnings of the EM MSCI has been mostly falling after rebounding rapidly during 2009 and 2010. That might explain why the index’s valuation multiple is low. However, forward earnings have also been falling for the EMU MSCI and UK MSCI since 2011, and they both have higher P/Es of 13.9 and 13.4, respectively. So EMs still look cheap relative to Europe. Poverty in Asia. India could become the new China - Opinion - Views. John Woods, managing director at Citi Investment Management, looks after Asian fixed-income portfolios for Citi’s private banking clients. Based in Hong Kong, he invests in US dollar-denominated investment grade securities issued from Asia ex-Japan. Robert Ward sur Twitter : "#ASEAN set to be one of world's fastest growing regions in next 5 years, annual average GDP 5-6%.