Scientists Propose New Theory About the Noises Meteors Make. For a long time, scientists have claimed that as meteors shoot across the midnight sky, they make a hissing sound as they go. 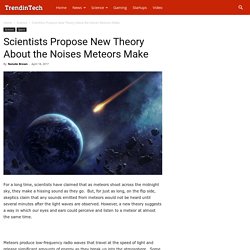 But, for just as long, on the flip side, skeptics claim that any sounds emitted from meteors would not be heard until several minutes after the light waves are observed. However, a new theory suggests a way in which our eyes and ears could perceive and listen to a meteor at almost the same time. Meteors produce low-frequency radio waves that travel at the speed of light and release significant amounts of energy as they break up into the atmosphere. Some scientists suggest that these radio waves produce the noise emitted from the meteors. Colin Price, an atmospheric scientist at Tel Aviv University in Israel and co-author of the new study, explained, “The conversion from electromagnetic waves to sound waves… is exactly how your radio works. But, the fundamental question is this: how do meteors produce low-frequency radio waves in the first place?

Related Links; Astronomers might have just captured the first ever photo of a black hole's event horizon. Scientists around the world have spent five sleepless nights staring into the abyss, and are hoping they've been rewarded with something that could change physics forever - the first photo of the event horizon at the edge of a black hole. 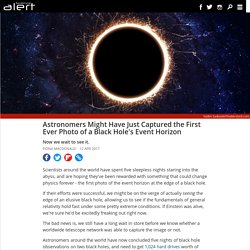 If their efforts were successful, we might be on the verge of actually seeing the edge of an elusive black hole, allowing us to see if the fundamentals of general relativity hold fast under some pretty extreme conditions. If Einstein was alive, we're sure he'd be excitedly freaking out right now. The bad news is, we still have a long wait in store before we know whether a worldwide telescope network was able to capture the image or not. Researchers capture first 'image' of a dark matter web that connects galaxies. Astrophysique, astrologie et superstitions. Simulation Suggests 68 Percent of the Universe May Not Actually Exist - Sci-Tech Universe. According to the Lambda Cold Dark Matter (Lambda-CDM) model, which is the current accepted standard for how the universe began and evolved, the ordinary matter we encounter every day only makes up around five percent of the universe's density, with dark matter comprising 27 percent, and the remaining 68 percent made up of dark energy, a so-far theoretical force driving the expansion of the universe. 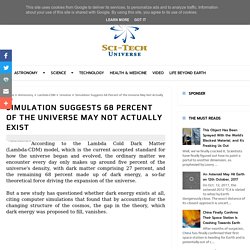 But a new study has questioned whether dark energy exists at all, citing computer simulations that found that by accounting for the changing structure of the cosmos, the gap in the theory, which dark energy was proposed to fill, vanishes. Published in 1915, Einstein's general theory of relativity forms the basis for the accepted origin story of the universe, which says that the Big Bang kicked off the expansion of the universe about 13.8 billion years ago. Voyage dans le Cosmos - Collections de livres. Scientists have identified the purest and most massive brown dwarf ever. New measurements have revealed what scientists think is the purest and most massive brown dwarf ever – a 'failed star' that's almost completely made up of pure hydrogen and helium. 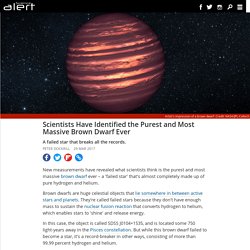 Brown dwarfs are huge celestial objects that lie somewhere in between active stars and planets. They're called failed stars because they don't have enough mass to sustain the nuclear fusion reaction that converts hydrogen to helium, which enables stars to 'shine' and release energy. In this case, the object is called SDSS J0104+1535, and is located some 750 light-years away in the Pisces constellation. But while this brown dwarf failed to become a star, it's a record-breaker in other ways, consisting of more than 99.99 percent hydrogen and helium. Gravite. What shape are photons? Quantum holography sheds light. Why Newton Believed a Comet Caused Noah's Flood. “Late in the autumn of 1680 the good people of Manhattan were overcome with terror at a sight in the heavens such as has seldom greeted human eyes,” history tells us. 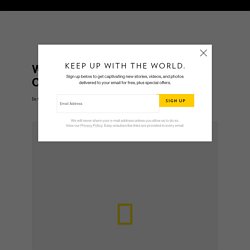 That terrible sight was a comet so bright that it could be seen in daytime. But, like Comet 45P/Honda-Mrkos-Pajdušáková—which is currently relatively close to Earth and may put on its best show this New Year's Eve—the Great Comet of 1680 was not a portend of doom but a scientific blessing. Sir Isaac Newton observed the comet, and his calculations of its trajectory confirmed his universal theory of gravitation. 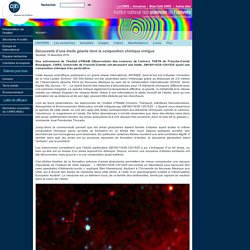 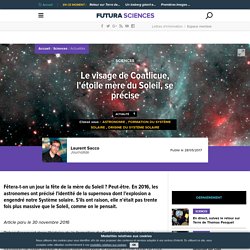 Home Page. Bethlehem star may not be a star after all. It is the nature of astronomers and astrophysicists to look up at the stars with wonder, searching for answers to the still-unsolved mysteries of the universe. 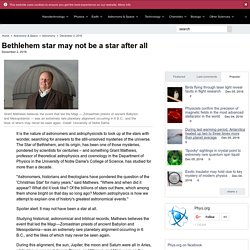 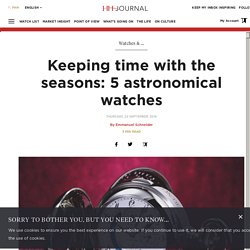 -A. Berner’s dictionary of watchmaking defines the screw thus: “Device used for fixing or assembling. Screws usually have the following parts: the shank, wholly or partly threaded, and the head which has a slot to take the screwdriver.” Which doesn’t help us much, truth be told. Gorgeous Photo Of A Rare "Ghost Rainbow" Snapped In Scotland. While taking a wander around Rannoch Moor in the Scottish highlands on Sunday, photographer Melvin Nicholson captured a mystical sight hanging over the horizon. 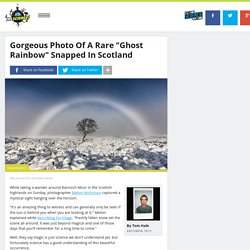 Tangled Up in Spacetime. “All the world’s a stage…,” Shakespeare wrote, and physicists tend to think that way, too. Space seems like a backdrop to the action of forces and fields that inhabit it but space itself is not made of anything—or is it? Lately scientists have begun to question this conventional thinking and speculate that space—and its extension according to general relativity, spacetime—is actually composed of tiny chunks of information. These chunks might interact to create spacetime and give rise to its properties, such as the concept that curvature in spacetime causes gravity. Claudius Ptolemaeus , Cosmographia [texte grec], Scientists claim to have discover what existed BEFORE the beginning of the universe. There are many scientific and non-scientific varieties of the answer about what came before Big Bang. Some say there was literally nothing and some say a black hole or a multiverse. But now a group of mathematicians from Canada and Egypt have analyzed some cutting edge scientific theory and a complex set of equations to find what preceded the universe in which we live.

Their research paper has been published in Nature. To explain it in simple and easily understandable terms; they applied the theories of the very small i.e. the world of quantum mechanics, to the entire universe - explained by general theory of relativity, and discovered the universe essentially goes through four different phases. Astronomers think they've finally figured out why the sky is dark at night.

Each time we gaze up at the night sky, we take for granted that it’s a pitch-black void studded with twinkling stars. This is called Olbers’ Paradox, and though it was posed in the 1500s, it still remains somewhat controversial. It asks the question: If the universe is essentially infinite and ageless, why don’t we see a uniform field of stars — and a blindingly bright sky instead of a dark one? Modern explanations suggest the universe is finite, has an age, and is expanding faster and faster, which (according to a discovery by Edwin Hubble in 1929) shifts the light of the most distant stars to colours that human eyes can’t see.

But there may be another piece of the puzzle, according to a new study in The Astrophysical Journal, and astronomers may finally be able to put the centuries-old question to rest. Astronomers previously estimated that the observable universe contains about 100 billion galaxies. SOFIA Detects Collapsing Clouds Becoming Young Suns. The brightness of outbursting star FU Orionis has been slowly fading since its initial flare-up in 1936. Researchers found that it has dimmed by about 13 percent in short infrared wavelengths from 2004 (left) to 2016 (right). Credits: NASA/JPL-Caltech In 1936, the young star FU Orionis began gobbling material from its surrounding disk of gas and dust with a sudden voraciousness. During a three-month binge, as matter turned into energy, the star became 100 times brighter, heating the disk around it to temperatures of up to 12,000 degrees Fahrenheit (7,000 Kelvin).