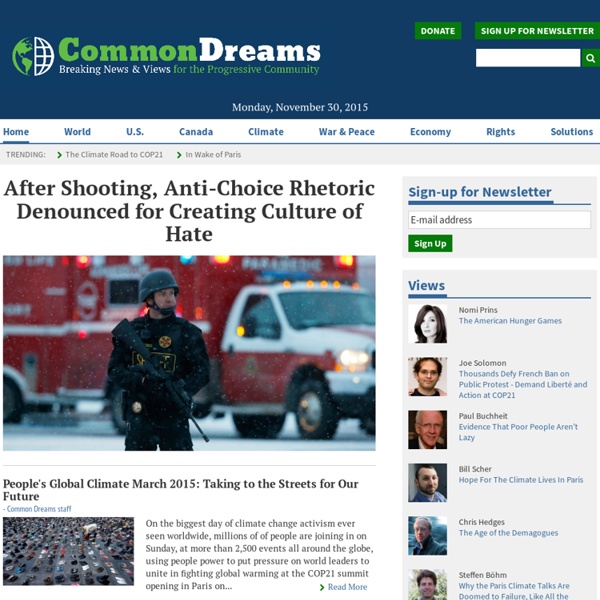 If Americans Knew - Who We Are If Americans Knew is a 501(c)3 tax-exempt, independent research and information-dissemination institute, with particular focus on the Israeli-Palestinian conflict, U.S. foreign policy regarding the Middle East, and media coverage of this issue. Specifically, the organization’s objective is to provide information that is to a large degree missing from American press coverage of this critical region. We believe all people are endowed with inalienable human rights regardless of race, religion, ethnicity, sexuality, or nationality. We believe in justice, fairness, and compassion and in treating all human beings with respect, empathy, and in the manner in which we would wish to be treated. Our materials and information are available to all. We feel it is essential that these facts be learned by every possible person.

Alternative media Because the term "alternative" has connotations of self-marginalization, some media outlets now prefer the term "independent" over "alternative". Several different categories of media may fall under the heading of alternative media. These include, but are not limited to, radical media, dissident and social movement media, ethnic/racial media, indigenous media, community media, subcultural media, student media, and avant-garde media. Each of these categories highlights the perceived shortcomings of dominant media to serve particular audiences, aims and interests, and attempts to overcome these shortcomings through their own media. Definition[edit] The traditional, binary definition of alternative media as stated above has been expanded in the last decade.

It's the Inequality, Stupid Want more charts like these? See our charts on the secrets of the jobless recovery, the richest 1 percent of Americans, and how the superwealthy beat the IRS. How Rich Are the Superrich? A huge share of the nation's economic growth over the past 30 years has gone to the top one-hundredth of one percent, who now make an average of $27 million per household. The average income for the bottom 90 percent of us? Progressive News and Commentary with an Attitude Former Wall Street Goldman Sachs executive Nomi Prins is back with a thoroughly documented historical account of how DC and financial barons are locked at the hip. Accessible and compelling: Buy directly from Truthout by clicking here.

I walked out of the Brisbane Writers Festival Keynote Address. This is why. – Medium I have never walked out of a speech. Or I hadn’t, until last night’s opening keynote for the Brisbane Writers Festival, delivered by the American author Lionel Shriver, best known for her novel “We need to talk about Kevin”. We were 20 minutes into the speech when I turned to my mother, sitting next to me in the front row. “Mama, I can’t sit here,” I said, the corners of my mouth dragging downwards. “I cannot legitimise this…” My mother’s eyes bore into me, urging me to remain calm, to follow social convention.

So, Mark Zuckerberg wants to repent for Facebook's sins? He can start here Along with his fellow Jews, Mark Zuckerberg introspected over Yom Kippur and asked for forgiveness via Facebook from “those I hurt this year … for the ways my work was used to divide people rather than bring us together”. He promised to “work to do better”. Presumably, Zuckerberg was referring to the two types of harm that Facebook has recently acknowledged causing: allowing Russian nationals to purchase Facebook ads to aid Donald Trump’s 2016 campaign and allowing ad buys on hateful search terms. It took congressional investigations, a special counsel investigation, and great reporting by Politico to get Facebook to fess up to these sins. ZNet Top Welcome to ZCommunications. The site has ZNet and ZMag content, topic and place pages under the Focuses link in the top menu - reading lists and whole books, debates, interviews, multimedia, Blogs, Forums, comments, a Store, Sustainer program, WISC, and more. Relating to Z To participate more deeply and generally in ZCommunications, please become a Sustainer.

Economic Dreams - Economic Nightmares I spent most of my working life in the US Forest Service, battling fundamentalism. Most of the battles dealt with economics. My first job was to coordinate use of a linear programming model (FORPLAN) in the development of forest plans. Obama tried to give Zuckerberg a wake-up call over fake news on Facebook This story has been updated with an additional response from Facebook. Nine days after Facebook chief executive Mark Zuckerberg dismissed as “crazy” the idea that fake news on his company’s social network played a key role in the U.S. election, President Barack Obama pulled the youthful tech billionaire aside and delivered what he hoped would be a wake-up call. For months leading up to the vote, Obama and his top aides quietly agonized over how to respond to Russia’s brazen intervention on behalf of the Donald Trump campaign without making matters worse. Weeks after Trump’s surprise victory, some of Obama’s aides looked back with regret and wished they had done more. [Mark Zuckerberg denies that fake news on Facebook influenced the elections] Zuckerberg acknowledged the problem posed by fake news.

Conspiracy Watch conspiracywatch.net may be available for purchase. Inquire today! Inquiry Form Inquire with your Facebook or LinkedIn profile, or complete this form to receive a free quote. Every big dream that became a reality had one thing in common: A solid foundation. First impressions matter.Get an email address as big as your dreams. Beating Up - A Report on Police Batons and the News Media at the World Economic Forum, Melbourne, September 2000, by Dr. Bernard Barrett, Historian Forwarded to the Office of the Ombudsman, Victoria, 15 November 2000 Revised 28 November 2000 From 1977 until he retired in 1993, the author was the State Historian for the Government of Victoria, responsible for promoting research and public awareness about Victoria’s cultural heritage. Contents 1. Making history