The real money is in the treatment, not the cure. « PNVP.Org. Look no further than how the present day medical field is conducted to find your answers for these. 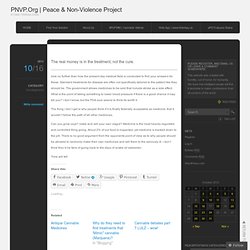 Standard treatments for disease are often not specifically tailored to the patient like they should be. The government allows medicines to be sold that include stroke as a side effect. What is the point of taking something to lower blood pressure if there is a good chance it may kill you? The Truth Behind the Coming “Regime Change” in Syria. After meeting again to decide Syria’s fate, the Arab League again decided to extend its “monitoring mission” in Syria. 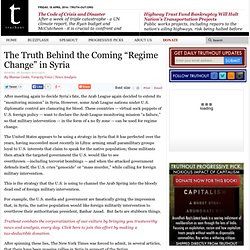 However, some Arab League nations under U.S. diplomatic control are clamoring for blood. These countries — virtual sock puppets of U.S. foreign policy — want to declare the Arab League monitoring mission “a failure,” so that military intervention — in the form of a no fly zone — can be used for regime change. The United States appears to be using a strategy in Syria that it has perfected over the years, having succeeded most recently in Libya: arming small paramilitary groups loyal to U.S. interests that claim to speak for the native population; these militants then attack the targeted government the U.S. would like to see overthrown —including terrorist bombings — and when the attacked government defends itself, the U.S. cries “genocide” or “mass murder,” while calling for foreign military intervention.

“Mr. Disinformation: Everything You Know Is Wrong. Breaking News, Politics, Political Commentary – Newsmax.com. White Privilege: Race & Gender. I don't usually write about race/gender but after today's first hand experience with the very topic I will be discussing/presenting tomorrow, I felt the need to document the event. The issue I will be talking about is colorblindness and describing the opinions gathered from an array of surveys, personal interviews and focus groups from white people of diverse educational and occupational backgrounds. What links all of these people together is their shared notion of colorblindness; the idea we should live in a society where people are treated equally regardless of their skin color, or the belief that we are now in a society where race no longer shapes life chances. 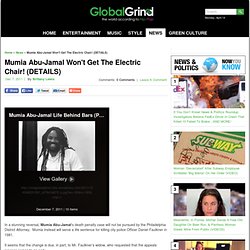 Mumia instead will serve a life sentence for killing city police Officer Daniel Faulkner in 1981. It seems that the change is due, in part, to Mr. Faulkner’s widow, who requested that the appeals process comes to an end. As Reported By The Associated Press: The decision by District Attorney Seth Williams, made with the support of the officer’s widow and the city police commissioner, comes after nearly 30 years of legal battles over the racially charged case.Abu-Jamal was convicted of fatally shooting Philadelphia police Officer Daniel Faulkner on Dec. 9, 1981. COINTELPRO The Naked Truth. -In the Southwest, paid informers infiltrate the church services, Bible classes and support networks of clergy and lay workers giving sanctuary to refugees from El Salvador and Guatemala. 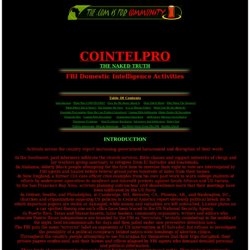 -In Alabama, elderly Black people attempting for the first time to exercise their right to vote are interrogated by FBI agents and hauled before federal grand juries hundreds of miles from their homes. -In New England, a former CIA case officer cites examples from his own past work to warn college students of efforts by undercover operatives to misdirect and discredit protests against South African and US racism. -In the San Francisco Bay Area, activists planning anti-nuclear civil disobedience learn that their meetings have been infiltrated by the US Navy. -The FBI puts the same "terrorist" label on opponents of US intervention in El Salvador, but refuses to investigate the possibility of a political conspiracy behind nation-wide bombings of abortion clinics.

Gasland: Dick Cheney Poisons Your Drinking Water Too. Just in case you thought Dick Cheney’s culpability for environmental destruction was limited to offshore drilling and the Gulf oil spill, here is Watergate II. 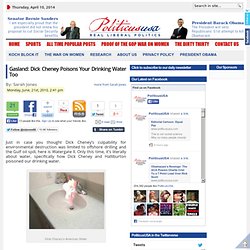 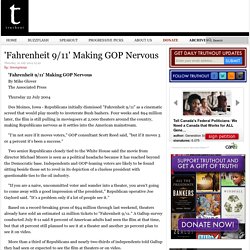 Four weeks and $94 million later, the film is still pulling in moviegoers at 2,000 theaters around the country, making Republicans nervous as it settles into the American mainstream. "I'm not sure if it moves voters," GOP consultant Scott Reed said, "but if it moves 3 or 4 percent it's been a success. " Two senior Republicans closely tied to the White House said the movie from director Michael Moore is seen as a political headache because it has reached beyond the Democratic base. Two-Gun Mutualism & the Golden Rule. Chuck Turner Stands for Us. Ideas and action.