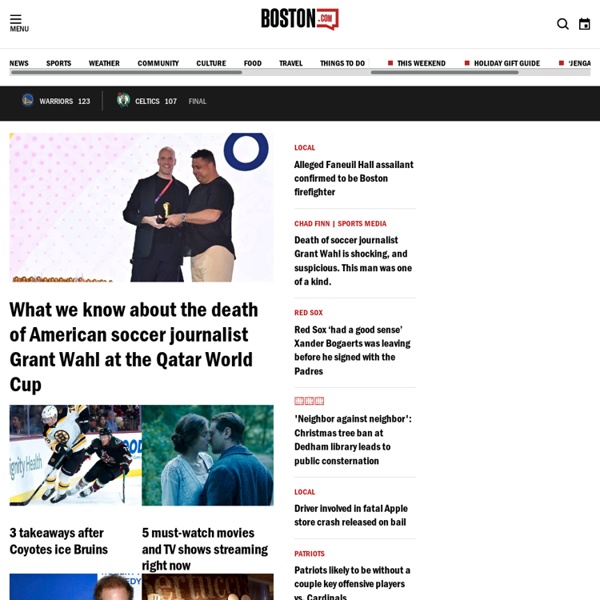 CNN.com - Transcripts Breaking News Senate Minority Leader Harry Reid says that FBI Director James Comey swayed election. Home+ After online petition, bank forgives dead student's loans KeyBank will now take a case-by-case approach in deciding whether to collect when a student loan debtor dies, almost certainly a response to a Change.org petition that criticized the lender for not forgiving tens of thousands of dollars in loans made to a late Rutgers University student. Christopher Bryski, then a Rutgers junior, was injured in 2004 in a recreational accident. After two years in a vegetative state, Bryski died with about $50,000 in student loan debt. His father had co-signed for those loans. The federal government forgives all debts when students die.

Soviet Soldiers at World War 2 in Color Such photos always fascinate me. I mean the color photos from the past, the older the better. These ones is no exception. We got used to see only black and white photos from the World War 2 – the color photography was very expensive at that times and actually was not widely implemented, and especially usually nobody took the expensive equipment to the battlefront. Washington Journal OPEN TRANSCRIPTS Frequently Asked Questions Why does C-SPAN take audience calls? The call-in program - and our philosophy of focusing on the caller -- has been a fixture of the C-SPAN networks since the network's founding; it's so fundamental to us, it's incorporated into our company mission statement. Through the call-in program, C-SPAN encourages viewer interactivity by enabling viewers and listeners to talk directly to elected officials, policymakers, and journalists covering the national policy debate.

Will Stanford and Silicon Valley Transform Education? Stanford University is so startlingly paradisial, so fragrant and sunny, it’s as if you could eat from the trees and live happily forever. Students ride their bikes through manicured quads, past blooming flowers and statues by Rodin, to buildings named for benefactors like Gates, Hewlett, and Packard. Everyone seems happy, though there is a well-known phenomenon called the “Stanford duck syndrome”: students seem cheerful, but all the while they are furiously paddling their legs to stay afloat. What they are generally paddling toward are careers of the sort that could get their names on those buildings. The campus has its jocks, stoners, and poets, but what it is famous for are budding entrepreneurs, engineers, and computer aces hoping to make their fortune in one crevasse or another of Silicon Valley.

YouTube Games Copyright Law To Avoid License Fees, IFPI Says Music industry group IFPI says that artists are not being paid fairly for the use of their music and the blame for that can be laid at the feet of services such as YouTube and Soundcloud. IFPI says that instead of buying licenses such as those obtained by Spotify, these services effectively game copyright law to gain an unfair commercial advantage. While the diminishing revenues of the major recording labels have been a hot topic for many years, it’s only relatively recently that the debate over artists’ earnings has found itself almost constantly in the news.

Captured: Color Photography from Russia in the Early 1900′s Posted Oct 21, 2009 Share This Gallery inShare58 The photographs of Russian chemist and photographer, Sergei Mikhailovich Prokudin-Gorskii, show Russia on the eve of World War I and the coming of the revolution. Virtual Reference Shelf - Ask a Librarian Abbreviations Back to Top Almanacs & Fast Facts Architecture Colleges Try to Find Their Voices on Pinterest April 13, 2012|Ryan Lytle | U.S. News & World Report Schools look for ways to be active on social media's rising star. Pinterest has erupted into the mainstream, recently being named the third most popular social media network in the United States, behind Facebook and Twitter, according to a new report by Experian Hitwise, which looked at the total number of visitors in March 2012.