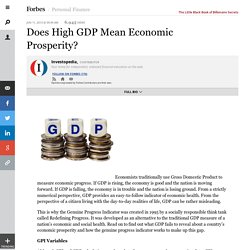 This is why the Genuine Progress Indicator was created in 1995 by a socially responsible think tank called Redefining Progress. GPI Variables Although GPI and GDP calculations are based on the same personal consumption data, GPI provides adjustment factors – variables designed to apply monetary values to non-monetary aspects of the economy. Personal Consumption – As mentioned, this is the exact same data used to calculate GDP. Measuring Social and Econ Development Beyond GDP. 0961375. Where to Invade Next (2016) The Power Logic Behind Riyadh’s Moves. The escalating tension between Saudi Arabia and Iran is the story of a declining state desperately seeking to reverse the balance of power shifting in favor of its rising rival. 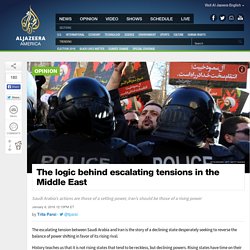 History teaches us that it is not rising states that tend to be reckless, but declining powers. Rising states have time on their side. They can afford to be patient: They know that they will be stronger tomorrow and, as a result, will be better off postponing any potential confrontation with rivals. Remarks by the President on Common-Sense Gun Safety Reform. East Room THE PRESIDENT: Thank you. 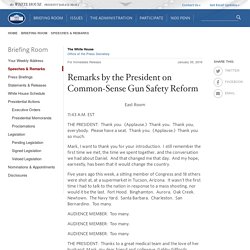 (Applause.) Thank you. For the Wealthiest, a Private Tax System That Saves Them Billions. Photo WASHINGTON — The hedge fund magnates Daniel S. 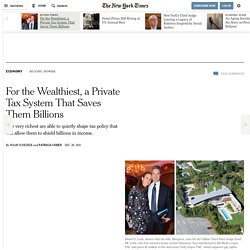 Loeb, Louis Moore Bacon and have much in common. They have managed billions of dollars in capital, earning vast fortunes. They have invested large sums in art — and millions more in political candidates. Moreover, each has exploited an esoteric tax loophole that saved them millions in taxes. With inequality at its highest levels in nearly a century and public debate rising over whether the government should respond to it through higher taxes on the wealthy, the very richest Americans have financed a sophisticated and astonishingly effective apparatus for shielding their fortunes.

In recent years, this apparatus has become one of the most powerful avenues of influence for wealthy Americans of all political stripes, including Mr. All are among a small group providing much of the early cash for the 2016 presidential campaign. Jeremy Scahill. Glogin?mobile=1&URI= Mobile.nytimes. The Iran Nuclear Deal – A Simple Guide. Glogin?mobile=1&URI= Why It Will Be Hard for Obama to Downsize Prisons. The Iran Nuclear Deal – A Simple Guide. The Federal Budget is NOT like a Household Budget: Here’s Why. L. 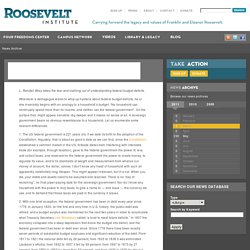 Randall Wray takes the fear and loathing out of understanding federal budget deficits. Whenever a demagogue wants to whip up hysteria about federal budget deficits, he or she invariably begins with an analogy to a household’s budget: “No household can continually spend more than its income, and neither can the federal government”. On the surface that, might appear sensible; dig deeper and it makes no sense at all. A sovereign government bears no obvious resemblance to a household. Let us enumerate some relevant differences. The U.S. National Anthem - The Star Spangled Banner. "The Star Spangled Banner", was ordered played at military and naval occasions by President Woodrow Wilson in 1916, but was not designated the national anthem by an Act of Congress until 1931. 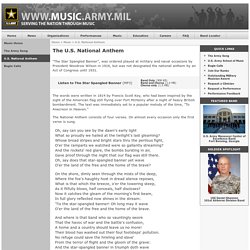 The words were written in 1814 by Francis Scott Key, who had been inspired by the sight of the American flag still flying over Fort McHenry after a night of heavy British bombardment. The text was immediately set to a popular melody of the time, "To Anacreon in Heaven. " The National Anthem consists of four verses. Geography of Poverty. Assembling the Pieces: The Economics of Step-by-Step Immigration Reform. In 2013, the Bipartisan Policy Center (BPC) produced a detailed assessment of immigration reform’s economic and budgetary impacts. 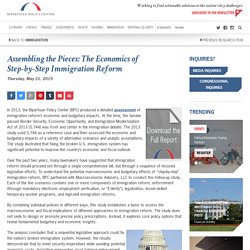 At the time, the Senate-passed Border Security, Economic Opportunity, and Immigration Modernization Act of 2013 (S.744) was front and center in the immigration debate. The 2013 study used S.744 as a reference case and then assessed the economic and budgetary impacts of a variety of alternative scenarios and analytic assumptions. The study illustrated that fixing the broken U.S. immigration system has significant potential to improve the country’s economic and fiscal outlook. Over the past two years, many lawmakers have suggested that immigration reform should proceed not through a single comprehensive bill, but through a sequence of focused legislative efforts.

To understand the potential macroeconomic and budgetary effects of “step-by-step” immigration reform, BPC partnered with Macroeconomic Advisers, LLC to conduct this follow-up study. Bipartisan Policy Center. Powered by Inspiration – For Architects of Change. Move to Amend’s Quick Guide to the Highlights and Low Points of the Court’s Decision. This decision is about much more than campaign finance and soft money. 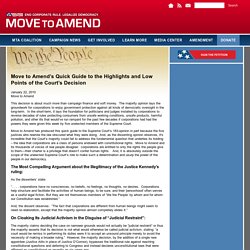 The majority opinion lays the groundwork for corporations to enjoy government protection against all kinds of democratic oversight in the long-term. In the short-term, it lays the foundation for politicians and judges installed by corporations to reverse decades of rules protecting consumers from unsafe working conditions, unsafe products, harmful pollution, and other ills that would’ve run rampant for the past few decades if corporations had had the powers they were given this week by five unelected members of the Supreme Court.

We the People, Not We the Corporations. Monsanto Corporation Claims Corporate Personhood Trumps Vermonters’ Right to Require Labeling. In May 2014, Vermont Governor Peter Shumlin signed into law H.112 (Act 120), a mandatory GMO-labeling bill, despite well-known opposition from trans-national food corporations. 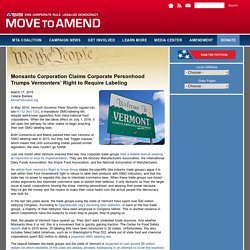 When the law takes effect on July 1, 2016, it will open the pathway for other states to begin enacting their own GMO labeling laws. Both Connecticut and Maine passed their own versions of GMO labeling laws in 2013, but they had “trigger clauses,” which meant that until surrounding states passed similar legislation, the laws couldn’t go further. Just one month after Vermont enacted their law, four corporate trade groups filed a federal lawsuit seeking an injunction to stop its implementation. Virginia tops nation in sending students to cops, courts: Where does your state rank? In eastern Virginia, public defender Linda McCausland is also concerned about students charged for behavior she thinks schools and counseling should handle. 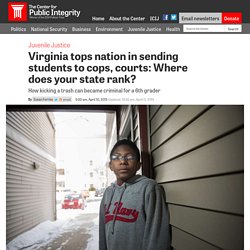 Unlike other public defenders the Center contacted, McCausland was willing to speak publicly—as long the precise jurisdiction she was discussing wasn’t named. One of McCausland’s clients is a 15-year-old charged with assault and sexual battery after she pushed a girl in the bathroom and kissed her. “Sexual abuse, that’s a pretty serious charge,” McCausland said. Another is an 11-year-old with mental-health problems who stole her teacher’s cell phone and was automatically charged with felony theft because the phone is worth at least $200. “She can’t do long division, but she can get felony theft,” McCausland said. Investigative journalism from a nonprofit newsroom. Investigative journalism from a nonprofit newsroom. History of basic income. The idea of an unconditional basic income has three historical roots. The idea of a minimum income first appeared at the beginning of the 16th century.

The idea of an unconditional one-off grant first appeared at the end of the 18th century. And the two were combined for the first time to form the idea of an unconditional basic income near the middle of the 19th century. Sharing the Wealth. (AP Photo/The Juneau Empire, Klas Stolpe) Governor Sean Parnell announces the 2010 dividend check amount that all Alaskans receive through the state's popular Permanent Fund. Looking on is Department of Revenue Commissioner Pat Galvin, a trustee on the Alaska Permanent Fund Board. With Liberty and Dividends for All: How to Save Our Middle Class When Jobs Don’t Pay Enough By Peter Barnes 174 pp.