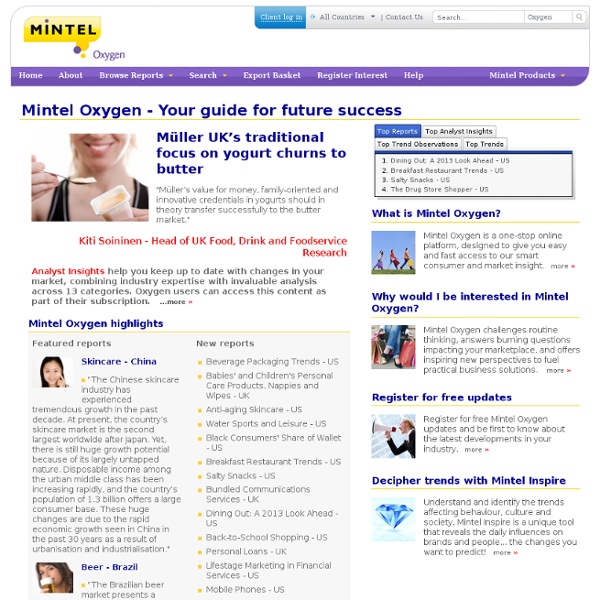 Who's Gone Bust in February 2013 - Centre for Retail Research, Nottingham UK Who's Gone Bust in Retailing 2010-14?October 2014 Your Rights if Your Employer Is Insolvent With permission of KSA Group - www.companyrescue.co.uk London on course for another year of record-breaking visitor numbers in 2014 London welcomed over 3.6 million overseas visits in the first three months of 2014, resulting in the best ever first quarter tourism numbers in the city’s history. The figures published today from the latest International Passenger Survey (IPS) show an 8.6 per cent increase on the same period last year, confirming that London is on track to welcome more visitors in 2014 than the 16.8 million that came to the city in 2013 – already a record-breaking year for the capital. Tourist spending over the same period was £2.44 billion, a 14.6 per cent increase compared with the first quarter of last year.

One in 11 Britons has less than £10 a month disposable income One in 11 people, or 4.5 million British adults, have less than £10 a month left over once they have paid their essential bills, new research from thinkmoney has found. With many households struggling to make ends meet, the findings from budgeting account provider thinkmoney reveal the worryingly small amounts of disposable income people have left once they've met all their financial commitments. Of the 2,149 people polled, one in four said they had less than £50 a month to spend after bills. Across the UK, the average monthly disposable income was £224.50.

British fashion industry now worth nearly £21bn a year, report reveals British fashion is not just about designer frocks; it is a serious business that contributes almost £21bn to the UK economy, according to the findings of a landmark report to be launched tomorrow on the eve of London Fashion Week. The Value of the UK Fashion Industry report was commissioned by the British Fashion Council and seeks for the first time to quantify the true economic and social impact of the UK fashion industry. The research highlights not only the direct impact of the fashion industry, including wholesale, retail and manufacturing, on the economy but also its effect on other industries including financial services and tourism.

Foreign Tourists Fuelling UK Growth Spend on retail, hospitality and leisure is set to rocket as overseas visitors flock to the UK over the next few years, according to a new report from Barclays. The research, independently commissioned for Barclays' Retail and Hospitality & Leisure banking teams, reveals that spending from foreign tourists is predicted to reach over £27 billion by 2017, an increase of 34% on 2013. Rapid growth in spend among tourists from emerging economies will be further boosted by loosening visa restrictions, and overseas visitors will deliver a significant boost to the economy this year and beyond.

Holidays still a priority for Brits despite continued tough market conditions - ABTA ABTA Consumer Trends Survey 2013 highlights state of the holiday market Tough market conditions remain in 2013 but optimism appears to be returning to the market, suggest the findings of ABTA’s Consumer Survey 2013*. Eight in ten (80%) Brits took a holiday either in the UK or abroad in the 12 months to August 2013, which was on a par with the same time period in 2012.

The Business of Fast Fashion Horror Movie by Steven Meisel Franca Sozzani provokes yet again with the April 2014 issue, "Cinematic". Steven Meisel´s gruesome short might send chills up your spine, but aims to raise awareness of violence against women. "Anyhow, there are specific situations which are rarely covered by fashion magazines, in a sort of silent psychological embargo, or an assumed incompatibility with the DNA of this particular realm of publishing. Extreme social occurrences, events such as calamities, wars and news stories are left aside almost on principle, because they are too harsh, as they connote and affect excessively our daily life. Not seeing them (or pretending not to) seems now a universally accepted modus operandi by the publishing system as such; it makes us all ‘partners in crime’, cutting us off once and for all from our daily lives, as if we had our eyes covered with one of those sleep masks we wear on a plane."

British Fashion Council The purpose of the British Fashion Council’s digital pillar is to support the British fashion industry to become the world leader in creativity, business and innovation. It is important for the British designer community to drive forward sales and increase their profile on the global stage and innovating digitally is a perfect way to achieve this. The Mayor of London Boris Johnson said: 'I am delighted to support British fashion, which continues to be at the forefront of innovation. The future of marketing according to youth: what 16-24s want from brands At the recent Youth Marketing Strategy conference, some of the most successful brands, agencies and media owners in the 16-24 space came together to share case studies and wisdom. Useful ways to engage young people based on their values, lifestyles and media usage were discussed. But as trends consultant Sean Pillot de Chenecey - aka Captain Crikey - noted in his opening talk, this is one of the most over-researched and analysed demographics in the world.

For and Against: Luxury Brand High Street Collaborations - Jobbook News Luxury Society investigates why luxury brands partner with high street retailers and what it can cost them in terms of brand equity. In our recent exploration of Celebrity Marketing in Luxury Communications we explained the two facets of luxury according to branding expert Jean-Noël Kapferer and luxury industry executive Vincent Bastien. “Luxury for oneself and luxury for others,” explained the duo. “To sustain the latter facet it is essential that there should be many more people that are familiar with the brand than those who could possibly afford to buy it for themselves.” Whilst Kapferer and Bastien were referring to the power of celebrity in reaching those whom the brand are not targeting, they could just have easily been discussing the more recent – and perhaps just as effective – luxury brand high street collaboration.

British Fashion Council At a press conference to open London Fashion Week Natalie Massenet, Chairman of the British Fashion Council, announced updated figures showing substantial growth in the UK fashion industry over the past five years. The direct value of the UK fashion industry to the UK economy is £26 billion; up from £21 billion in 2009. Showing an increase of 22% in nominal terms (source: Oxford Economics 2014) The UK fashion industry is estimated to support 797,000 jobs (source: Oxford Economics 2014). For and Against: Luxury Brand High Street Collaborations - Luxury Society - For and Against Lanvin for H&M (2010) Luxury Society investigates why luxury brands partner with high street retailers and what it can cost them in terms of brand equity. In our recent exploration of Celebrity Marketing in Luxury Communications we explained the two facets of luxury according to branding expert Jean-Noël Kapferer and luxury industry executive Vincent Bastien. “Luxury for oneself and luxury for others,” explained the duo.