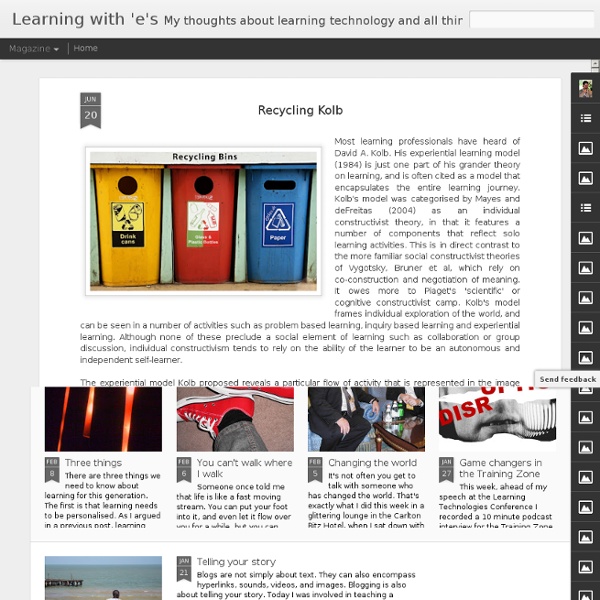 How to think differently about midterms and other exams As any working parent knows, sometimes you have to think creatively to juggle work and childcare. Just recently, it was my turn: I had to teach, my spouse was busy, and our 5-year old son was out of school. So I decided to take him to my 250-person lecture. There he sat in the front row, flanked by two students. I was proud of him when he shared his candy with them; they in turn gave him paper and a pencil. That is, until about ten minutes into the lecture, when my son suddenly raised his hand. His eyes went wide with delight, and with a huge grin, he blurted, "Blah blah blah blah blah!" The auditorium roared. The next class, with my son back at school, we all laughed again at the moment. It was a gesture that I deeply appreciated, because she was admitting a trouble spot for her at the same time that she was giving me feedback and reaching out. This assumption can be dangerous for learning. Imagine yourself as a youngster, faced with some easy math problems.

Change Magazine - September-October 2010 by Cedar Riener and Daniel Willingham There is no credible evidence that learning styles exist. While we will elaborate on this assertion, it is important to counteract the real harm that may be done by equivocating on the matter. In what follows, we will begin by defining “learning styles”; then we will address the claims made by those who believe that they exist, in the process acknowledging what we consider the valid claims of learning-styles theorists. What is a Learning Style? The claim at the center of learning-styles theory is this: Different students have different modes of learning, and their learning could be improved by matching one's teaching with that preferred learning mode. The most popular current conception of learning styles equates style with the preferred bodily sense through which one receives information, whether it be visual, auditory, or kinesthetic (for some reason, no one claims that there are tactile or olfactory learners). Why Should College Educators Care? 1.

What Type of Learner Are You? (And Why It Doesn't Matter) As an educator, I often come across the concept of "learning styles." Briefly, this refers to the idea that different people learn in different ways. Concerned students will often remark that they didn't do well on a given exam because they are "visual learners," while parents will often note that their child is a "motor learner," an "aural learner," or perhaps an "intuitive learner." The implicit message behind these labels is that educators need to match their method of instruction to the style of the student, so as to maximize the student's learning and performance. The flip side of this argument, of course, is that if the student learns or performs poorly, some of it may have to do with a between the student's style and the method of instruction. source: Wikimedia Commons (author: krgarts) The pull to understand what "type" of learner we are, much like the pull to understand what "type" of person we are, is very strong.

Why Connectivism is not a Learning Theory « A Point of Contact Firstly, the question of how to label Connectivism is an important one because this affects how people connect with the theory. As a relatively young theory, its growth, acceptance, employment and how people actually understand Connectivism all depend partially on how it is represented. Representing a theory inaccurately limits the quality of the potential connections made with that theory, an insurmountable obstacle for such a theory that is concerned with the creation of successful networks and connections of specific quality to support this success. Secondly, to be clear, my position isn’t one of anti-Connectivism. To say that Connectivism is not a learning theory is not to devalue the theory. Education is Intention There are any number of network types in the world: Restaurant Franchises, Delivery Networks, even Networks of Excellence. Distribution follows Distinction That knowledge is distributed is one of the key characteristics of Connectivism. Representation Matters Like this:

Student-Centered versus Student-Led Education | ThreeJoy℠ Associates, Inc. 12 Oct 2012 by David E. Goldberg, Comments Off It is increasingly commonplace to hear calls for student-centered education, but increasingly I’ve been thinking that the term doesn’t go far enough and have been using the term student-led learning instead. First, a lot of language concerning education has teacher-centered bias built in. Second, many of the most compelling educational experiences extant are those in which students genuinely lead the effort. Embedded in this distinction are also important issues of control, trust, and courage (here). Framing the question as student-led learning rather than student-centered education is an important linguistic step in letting the kids drive the car of their own educations. share

Critical Review of Connectivism: A Learning Theory for the Digital Age In his 2005 article Connectivism: A Learning Theory for the Digital Age, Siemens outlined a new way of thinking about learning based on the recent advances in information technology. He argues that this new theory, connectivism, supersedes previous learning theories, including behaviourism, cognitivism, and contructivism. In this post, I am seeking to further my understanding of this new theory, examine its limitations, and consider its relevance to both classroom teaching as well as knowledge management practices within organizations. Defining Connectivism In the article, Siemens outlines the fundamental principles of connectivism: For Siemens, connectivism is a significant departure from previous learning theories because it sees learning occurring outside of the individual, within the network: For connectivists, the starting point is always the individual learner (Siemens, 2005). Applications in the Classroom Applications in Knowledge Management References Couros, A. (2011). Garrison, D.