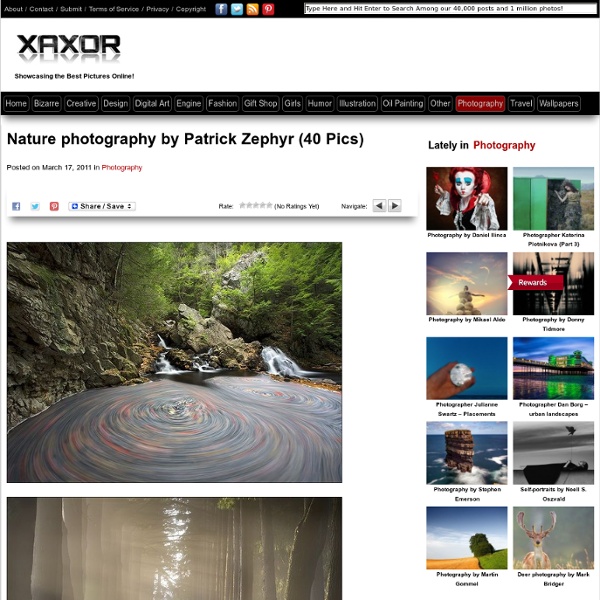 Black Seed - 'The Remedy For Everything But Death' This humble, but immensely powerful seed, kills MRSA, heals the chemical weapon poisoned body, stimulates regeneration of the dying beta cells within the diabetic's pancreas, and yet too few even know it exists. The seeds of the annual flowering plant, Nigella Sativa, have been prized for their healing properties since time immemorial. While frequently referred to among English-speaking cultures as Roman coriander, black sesame, black cumin, black caraway and onion seed, it is known today primarily as black seed, which is at the very least an accurate description of its physical appearance. The earliest record of its cultivation and use come from ancient Egypt.

Papercuts by Joe Bagley: Amazing Hand-Cut Paper Art Fun Pic, Pop Culture — By Dave on 2011/05/29 6:52 AM Artist Joe Bagley hand cuts original paper art from a single piece of black paper. A single piece! Follow Daily Picks and Flicks via Facebook You can buy his papercuts here. Image sources: 1|2|3 A Mirrored Memory (8 Photos Texas based photographer, Tom Hussey reflects on his recent collaboration with the pharmaceutical company, Novartis for their ”Reflections” campaign. “Based on an earlier portfolio image, I was awarded a job for an Alzheimer’s drug called the Exelon Patch made by Novartis. The Exelon Patch helps patients maintain long-term memories during the early stages of this horrific disease.

50 Images from National Geographic`s 2010 Photo Contest Writen by Bogdan / Comments Off on 50 Images from National Geographic`s 2010 Photo Contest This is one of the most anticipated annual photo contests. The deadline for the submissions is on November 30th so if you have an interesting photo, submit it. Below you can see 50 images collected from different categories. An Indian wrestler smears mud on his head before starting wrestling in Kolkata, India, March 30, 2010. Wrestling is one of the oldest sports in India. Book Covers Crafted from Video Games (click to enlarge) I don’t do as much reading as I should these days, as my time is spent divided between trying to keep up with every movie, show and video game out there, while writing articles about them 15 times a day. But if I could combine the activities? If reading allowed me to better understand my favorite games?

Seed Starting Tips for Beginner Gardeners - MrBrownThumb Over the past few years, I have amassed a number of posts here about growing from seed that should be helpful to beginner seed starters. While these seed starting tips are aimed at beginners hopefully, they will be of use and interest to more experienced gardeners who may not have done much seed starting in the past. These tips on seed starting cover what items you can repurpose in your home to make seed starting pots, seed germination, and the types of seed staring mixes you can use. If you find that there’s a seed starting question that has not been answered you can leave a comment below or try my seed snatcher search engine which is exclusively devoted to information on seed starting and seed saving.

Top 16 Secret Compartments You'll Not Want to Miss : Here’s a set of 17 Secret Compartments, which are hidden in cars, houses, books and even coins. I think most people (including myself) have a fascination with secret compartments, hidden doorways and such-like. Here are the rest if the images. Coolest. Stage. Ever. Nov 29, 2010 Check out this incredible floating stage on Lake Constance in Bregenz, Austria. The Bregenzer Festspiele (Bregenz Festival) has become renowned for its unconventional staging of shows. Verdi’s opera, “A Masked Ball” in 1999, featured a giant book being read by a skeleton.