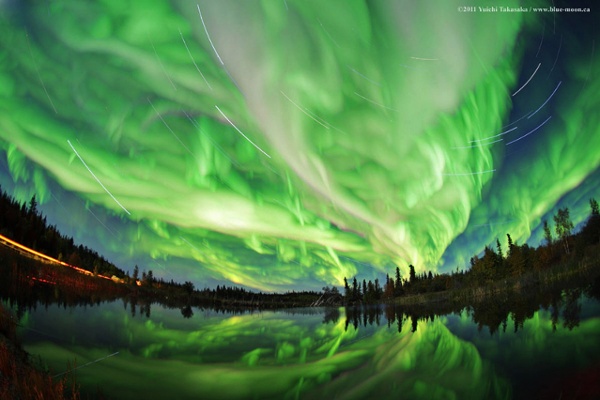 64 Years Later We all know that Hiroshima and Nagasaki were destroyed in August 1945 after being hit by the first atomic bombs. However we know little about the progress made by the people of that land during the past 64 years. Now Carved Book Landscapes by Guy Laramee (click images for detail) For the better part of three decades multidisciplinary artist Guy Laramee has worked as a stage writer, director, composer, a fabricator of musical instruments, a singer, sculptor, painter and writer. Among his sculptural works are two incredible series of carved book landscapes and structures entitled Biblios and The Great Wall, where the dense pages of old books are excavated to reveal serene mountains, plateaus, and ancient structures. Of these works he says: So I carve landscapes out of books and I paint Romantic landscapes.

Pictures of Moments Speak More than Thousand Words...... Picture can speak thousands of words. Random pictures of insignificant moments always been the most important and most valuable. Photographers and painters beautifully imprint huge number of events, objects and types. Some do it by accident on the momentary desire. 10 Abandoned Psych Wards Photographers Love Sneaking Into Abandoned buildings have long held a fascination for me. They imply a mystery (what happened?) and a challenge (can I get inside and see?) as well as a thrilling bit of danger (guard dogs! rape-happy squatters! Top 10 Websites To Watch Movies Online For Free Without Downloading It is easy to watch FREE movies online from China here, since there are many video websites for you to do that, but outside China, there may be not many video websites to watch movies online for free, because of the Copyright thing. However, God likes free. There are always some great people who do the great things and let us watch full movies online for free.

Vintage police mugshots of 1920s Australian criminals that hide their sinister crimes By Rick Dewsbury Published: 09:53 GMT, 14 April 2012 | Updated: 12:56 GMT, 14 April 2012 They could be any other well-heeled members of society. Dressed in their finest suits and ties with their top hats cocked towards the camera, these men and women seem to be posing for expensive portraits. But behind their tidy appearances are guilty eyes that hide some of the most sinister crimes policeman of the day had dealt with. 20 brilliant things to make in a jar Via: mycakies.blogspot.com Start saving your old jam jars! From cakes to herb gardens, pies to photo frames, and even entire meals … here are 20 fantastic things you never knew you could make with a jar. (Above: red velvet cupcakes in a jar. Get the recipe here).

17 pounds in two weeks, without much effort by kalima on Lose 10 pounds on 43 Things Breakfast is truly the most important meal of the day; not in food amount, but because it’s the first food intake, it defines how you start your day. Now, when you write that your stomach feels awful, what do you mean exactly? Are you hungry? Do you feel stomach ache? I remember that the first 3 days were difficult because the change was pretty radical from my previous morning habits. I used to skip breakfast almost every day, or to have a bowl of cereals and a glass of orange juice. The Most Humane Prison in the World - All That Is Interesting - StumbleUpon When one thinks of prisons and prison life, thoughts often drift to depictions found in Oz or the Wire: full of hard living and sexual, physical, and emotional abuse. However, there is one prison is Norway that has been called the most humane prison in the world: Halden Prison. Halden Prison opened early in 2010 with a capacity of 252 prisoners. The prisoner cells include flat-screen televisions, which officials say are necessary so that prisoners have less room for drugs and contraband.