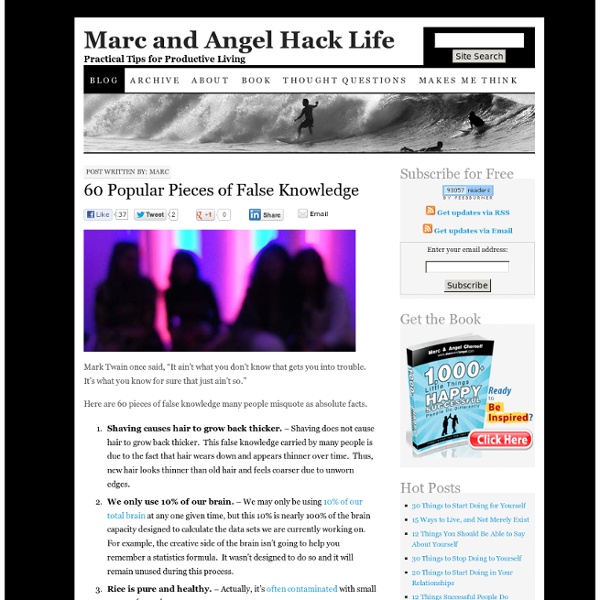 ‘Magic Mushrooms’ Cause Positive Personality Change New research from Johns Hopkins School of Medicine indicates that the psychedelic component in magic mushrooms may have lasting medical and spiritual benefits to psychological health. The mushroom-derived hallucinogen, called psilocybin, is known to cause transformative spiritual states, but at high doses it can also bring about “bad trips” marked by terror and panic. The trick is to get the dose just right, which the Johns Hopkins researchers report having accomplished. In their study, the Hopkins scientists were able to reliably induce transcendental experiences in volunteers, which offered long-lasting psychological growth and helped people find peace in their lives — without the negative effects. “The important point here is that we found the sweet spot where we can optimize the positive persistent effects and avoid some of the fear and anxiety that can occur and can be quite disruptive,” says lead author Roland Griffiths, professor of behavioral biology at Hopkins.

Beautiful Marker and Pen Portrait Time-lapse This is a beautiful video showing the exquisite control of 27-year old Indonesian artist Elfan Diary as he draws a new portrait. Watch as he works with Fine Color markers, a Sakura Pigma Micron pen, and standard Faber-Castell colored pencils over a period of about three hours. Beautiful work.

Thinking vs. Feeling: The Psychology of Advertising Do ads with facts work better than ads that appeal through emotion and aspiration? Shutterstock Imagine two commercials for a new light beer. The second ad starts in a bar. You can probably guess where I'm going here. So what does science really know about advertising? Here's a good example from Clay Warren, director of the Communications Program at George Washington University. The literature on rational versus affective advertising is very long and mostly inconclusive. If this sounds basically intuitive, then good. The most successful ads -- in the eyes of advertisers at least -- have broad emotional and cognitive appeal. "In 2004, Goody, Silverstein & Partners, developed what would be a "Campaign of the Year" for Hewlett Packard's digital photography," he wrote in an email. So, given that we are capable of both rational and irrational behavior, what's more effective: rational ads or affective ads?

Amazing Top 10 Thinking Traps Exposed Our minds set up many traps for us. Unless we’re aware of them, these traps can seriously hinder our ability to think rationally, leading us to bad reasoning and making stupid decisions. Features of our minds that are meant to help us may, eventually, get us into trouble. Here are the first 5 of the most harmful of these traps and how to avoid each one of them. 1. “Is the population of Turkey greater than 35 million? Lesson: Your starting point can heavily bias your thinking: initial impressions, ideas, estimates or data “anchor” subsequent thoughts. This trap is particularly dangerous as it’s deliberately used in many occasions, such as by experienced salesmen, who will show you a higher-priced item first, “anchoring” that price in your mind, for example. What can you do about it? Always view a problem from different perspectives. 2. In one experiment a group of people were randomly given one of two gifts — half received a decorated mug, the other half a large Swiss chocolate bar. 3. 4.

Masochistic Personality The Human Mind Masochistic (Self-defeating) Personality Disorder Self-defeating Personality Disorder is a pervasive pattern of self-defeating behavior, beginning by early adulthood and present in a variety of contexts. The person may often avoid or undermine pleasurable experiences, be drawn to situations or relationships in which he or she will suffer, and prevent others from helping him or her, as indicated by at least five of the following: The behaviors do not occur exclusively in response to, or in anticipation of , being physically, sexually, or psychologically abused. The behaviors do not occur only when the person is depressed. Source: The Diagnostic and Statistical Manual of Mental Disorders (DSM)Back to Personality Disorders Know yourself - Understand others! Back to Human Mind & Personality

Twelve Virtues of Rationality The first virtue is curiosity. A burning itch to know is higher than a solemn vow to pursue truth. To feel the burning itch of curiosity requires both that you be ignorant, and that you desire to relinquish your ignorance. If in your heart you believe you already know, or if in your heart you do not wish to know, then your questioning will be purposeless and your skills without direction. Curiosity seeks to annihilate itself; there is no curiosity that does not want an answer. The second virtue is relinquishment. The third virtue is lightness. The fourth virtue is evenness. The fifth virtue is argument. The sixth virtue is empiricism. The seventh virtue is simplicity. The eighth virtue is humility. The ninth virtue is perfectionism. The tenth virtue is precision. The eleventh virtue is scholarship. Before these eleven virtues is a virtue which is nameless. Miyamoto Musashi wrote, in The Book of Five Rings: How can you improve your conception of rationality?