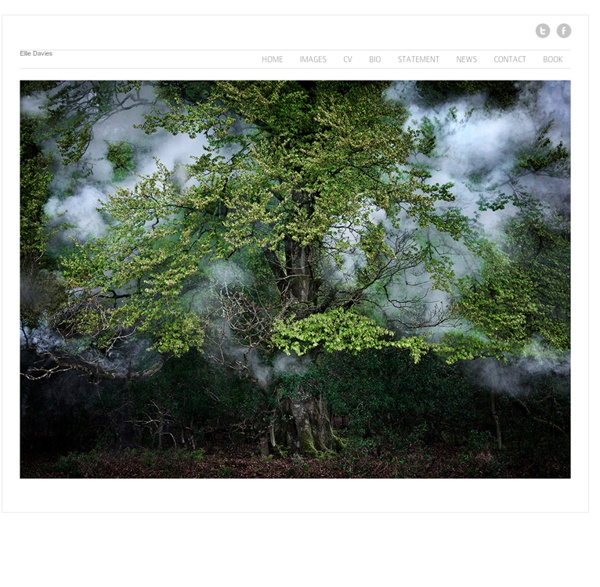 Three Shark Photographers You Need to Follow Yuri Kozyrev recalls the winter of 1999 as one of the most trying and tragic of his career as a photographer. It was the eve of Vladimir Putin’s ascent to the Russian presidency, and the height of the Russian bombardment of Chechnya, when entire towns in that breakaway republic were, as the Russians often put it, “made level with the earth.” Kozyrev, a native of Moscow, documented both of Chechnya’s wars against Russia in the 1990s. The first one, fought between 1994 and 1996, had resulted in a humiliating defeat for Russia. But the carnage was far worse when the conflict resumed under Putin in 1999.

Eucalyptus gunnii Cultivation and uses[edit] See also Tasmanian Aborigines - Oyster Bay Tribe Juvenile foliage of the cultivar 'Silver Drop' This species is noted for exceptional cold tolerance for a eucalyptus (to −14 °C, exceptionally −20 °C for brief periods) and is now commonly planted as an ornamental tree across the British Isles and some parts of western Europe.[3] Fast-growing, it will produce a tree up to 37 m (121 ft) tall when mature,[4] with growth rates of up to 1.5 m (4 ft 11 in) (rarely 2 m (6 ft 7 in)) per year. Herbarium 2011 - Katarina Frank Image details Installation shot Sutton Gallery Project Space Table, Solander boxes with drawings and leafs Paintings: Walling, Solander, Linnaeus, oil on board Drawings and ink jet prints on paper and eucalypt leafs in Solander boxes Details of leafs: Graphite, ink and inkjet photographic print on eucalypt leafs Edna Walling , oil on board 38 x 26 cm Individual drawings: pencil, ballpoint, watercolour, digital prints on paper 33 x 22 cm Text from catalogue: Daniel Solander, a Swedish student of Carl Linnaeus was Bank’s assistant on Cooks first voyage to find ‘the unknown southern land’ in 1768.

BOTANICAL ILLUSTRATION - sustainable lifestyle, do-it-yourself, creative environmental options, craft, organics, gardening, planting, flower pots, reusing, old and vintage, nature, environmental news, recycling tips, brooklyn, ditmas park, Brunonia Serica Ferdinand Bauer 1760-1826 from Floral Illustrations of New Holland Chicory (Cichorium intybus) 15th or 16th century Gouache on vellum From Vienna Dioscorides Travel Photography 2016 Kevin Pogorzelski, November winner. “On safari in Kenya, we were forced to stop our jeep for this family of ostriches to cross the dirt track. What made it so engaging was the mother attentively waiting for the chicks to cross while, out of shot, the father was leading the way”. MICK RYAN, JUDGE: Funny-looking flightless birds and their offspring give us comedy and cuteness – and an immediate emotional response.

Shelter Dogs - animal - dog - chien Lady Bell is an energetic and smart girl. She loves to give and receive affection (especially belly rubs). Lady Bell loves to play with toys. If you put out five toys, she will rotate through them and play with each of them as if she has never seen them before. Big Bambú in Israel Big Bambú: 5,000 Arms To Hold You The Israel Museum Jerusalem June 8th - April 15 2015 The Israel Museum Jerusalem Press Release Doug and Mike Starn Commissioned to Create Monumental Installation for Israel Museum’s Billy Rose Art Garden Jerusalem, Israel (June 8, 2014)—This summer, artists Doug and Mike Starn transform the landscape of the Israel Museum’s Billy Rose Art Garden with a monumental installation of bamboo and rope, towering 16 meters (52.5 feet) high and covering an area of more than 700 square meters (7,500 square feet). Opening to the public officially on June 16, visitors have been able to watch this immersive environment taking shape in the Garden since the end of April, as the Starn brothers and their team of rock climbers worked to construct the site-responsive installation and collaborate in the performative act of its creation.

Nature Photographer 2017 Every year, photographers around the world are waiting for the opportunity to send their pictures to National Geographic’s prestigious Photo Contest. Show Full Text The following images were chosen to be the finalists for their beauty, composition, precision and originality. Despite of being in the end, the contest is still receiving photographs until November 17th in four categories: wildlife, landscapes, aerials and underwater. More info: photography.nationalgeographic.com Tamara Staples - animal - poule - chicken - food I came to know about the chickens through my uncle, a lifelong hobbyist. I was struck by the variety of shapes and colors of the birds, but I was moved by the individual personalities. My intent in photographing these birds was to create a portrait. I have great respect for their profound history, the utilitarian aspect of their physiology, and the care and passion that goes into the breeding of each variety. At poultry shows all over the world, known as The Fancy, chickens of all shapes, colors and sizes await their judgment.

SHOAL BY MANDY BARKER The series SHOAL reveals evidence of marine plastic debris collected during the Japanese Tsunami Debris Expedition in June 2012, which sailed across the tsunami debris field in the North Pacific Ocean. The work focuses on plastics collected and photographed from trawls and net samples at various points between Japan and Hawaii, and also from the tsunami affected shoreline in Fukushima Prefecture. Each image includes a different trawl sample, in some cases represented as tiny plankton, and captioned with the grid reference of where each sample was collected. Being able to record plastic at source from such a unique location, despite the devastating circumstances and emotional impact of natural disaster has provided a unique opportunity for scientific research. Each image is based on a collection of marine plastic that forms a SHOAL, arrangements of different species of fish that the plastic ultimately affects.