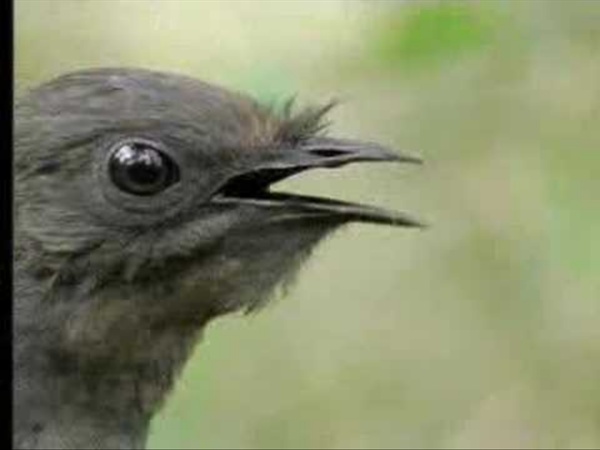 Related:  amazing animals • How fleeting are all human passions compared with the massive continuity of ducks

Mary: An Elephant Story | Mt. Kenya Wildlife Conservancy Mary’s Story • The Elephant We’ll Never Forget By Iris Hunt Somewhere roaming the vast wild-lands of Tsavo in Southern Kenya, There’s an Elephant who carries with her part of my heart. I haven’t seen her for many years now, but I think of her often Wondering if there’s any truth about Elephants “never forgetting.” Wondering in particular, if she might remember how it was with us At the perilous start of her life – a chance ill-matched pairing Of a substitute mother and lost waif of a child? I’ll never know… Jomo Kenyatta The year is 1975 Kenya is still a young republic – just 12 years on from its New Age rite of passage to Uhuru – “freedom” – from British colonial rule. Its first President, Jomo Kenyatta, is a figure of immense stature. Only the future would tell how strong this young Nation would prove facing the winds of change that now sweep the continent. We too are oddly unaware of the magnitude of changes and challenges facing us. William Holden and Don Hunt No one speaks. QED!

Rare Vegetarian Spider Discovered In a possible affront to its fierce meat-eating relatives, one jumping spider prefers to dine vegetarian, munching on specialized leaf-tips of acacia shrubs, finds a new study. The eight-legged vegetarian, called Bagheera kiplingi, lives in Central America, and is now considered a rarity among the world's 40,000 or so spider species, most of which are strictly predators, feeding on insects and other animals. B. kiplingi is about the size of a person's pinky nail. "This is really the first spider known to specifically 'hunt' plants; it is also the first known to go after plants as a primary food source," said study researcher Christopher Meehan of Villanova University in Pennsylvania. Essentially, the spider employs hunting strategies to get past guard ants that keep the acacias safe from other herbivores. B. kiplingi spends its entire life on the acacia shrubs, and so must avoid the ants at all times. The strategy seems to be successful.

Project Nim All Critics (133) | Top Critics (32) | Fresh (128) | Rotten (3) | DVD (1) This haunting life story is an exquisite example of non-fiction filmmaking as full-bodied, emotionally complex drama. Project Nim nimbly serves up a profoundly sad tale that raises as many thought-provoking questions as it answers. This many-faceted time capsule sheds little light, but buried inside it are vexing questions and the still-beating heart of a special creature. You end up fearing for the humans who contact him. You're left with the impression that, despite not being able to grasp basic human grammar, perhaps Nim was unwittingly conditioned into understanding the concept of love. For the second film in a row, Marsh has created a movie we can't keep our eyes off. This smart doc should prove the perfect summer antidote to most of summer's films that require you to turn your brain off to enjoy them. If there's one thing Marsh knows, it's how to reach your deepest emotions. A tragic chronicle of animal abuse.

10 Lost Pets That Found Their Way Home Keep Hope Alive By Valerie Trumps Pet owners use social media, hang flyers on phone poles, post for help in classifieds, and even go door-to-door in search of their lost furry friends. Sometimes it works and owners find their beloved pets. Bucky the Black Labrador When Mark Wessels had to give up his young dog, Bucky, because his community in South Carolina banned dogs, he left Bucky with his father in Virginia. Holly the Marathon Cat Holly, a 4-year-old domestic tortoiseshell, became separated from her parents, Jacob and Bonnie Richter, while vacationing with them 190 miles from their home. Piko-Chan the Budgie Tweets His Way Home After the previous loss of a pet bird, Fumie Takahashi taught his next bird, a budgie named Piko-Chan, some very useful words — most notably his address. Manuela the Turtle Manuela, a red-footed tortoise owned by the Almeida family in Rio de Janeiro, Brazil, went missing in 1982. Scribbles the Horse Ginger the Basset Hound Ginger the Cat Buster the Hurricane Survivor

Life With Alex Clever Crows Prove Aesop’s Fable Is More Than Fiction | Science Aesop’s fables are full of talking frogs and mice who wear clothes, but it turns out at least one of the classic tales is scientifically accurate. Researchers presented four crows with a challenge from Aesop’s fable “The Crow and the Pitcher”: a container of water not quite full enough for the birds to reach with their beaks. Just like Aesop’s crow, all four birds figured out how to raise the water level by dropping stones into the glass. The crows also selectively chose large pebbles over small ones, and quickly realized that dropping rocks into a container of sawdust didn’t have the same effect. “The results of these experiments provide the first empirical evidence that a species of corvid is capable of the remarkable problem-solving ability described more than two thousand years ago by Aesop,” wrote the researchers in the paper published Thursday in Current Biology. The antics of the four birds — Cook, Fry, Connelly and Monroe — can be seen in the videos below. See Also:

Elephant Emotions - Grieving Elephant Emotions - Grieving Elephants evoke a sense of fascination in human beings and have done so for centuries. Research and observation has yielded many intriguing facts about these animals. Perhaps the most enticing quality of the elephant is its undeniable similarity to us, manifested by the close bonds they form with family members, their communication, life span, the care of their young and their emotions. The elephant’s capacity for sadness and grief is truly unique amongst members of the animal world, as it is particularly complex in terms of emotions. Because elephants live in such close-knit herds and live for about as long as humans do (approximately 70 years), they form strong bonds with those around them. The herd will take great care in the burial of the dead. It is when we consider this level of grief and love for one another that we can truly admire the role of the matriarch.

Language in Apes If you find yourself flummoxed by the terminology, you can look at my primate glossary. Introduction Humans have often asserted a fundamental difference between themselves and other animals. One of these assertions which has had many proponents into the twentieth century is that humans differ from animals in their use of language. In the past thirty years this assertion has been the subject of much debate as scientists have researched language use by apes. What is language? First, what is language, and how does it differ from other forms of communication? Why teach language to apes? Why should we try to teach language to apes? How apes communicate in the wild In the wild, primates use a wide variety of methods of communication (Jolly 1985: 192-217). History of the apes & language question The question of whether apes can use language has been asked for some time. Why apes cannot speak There are several reasons cited why apes cannot speak. Washoe Sarah Lana Nim Herbert S.

Related:
Related:  amazing animals   -  How fleeting are all human passions compared with the massive continuity of ducks