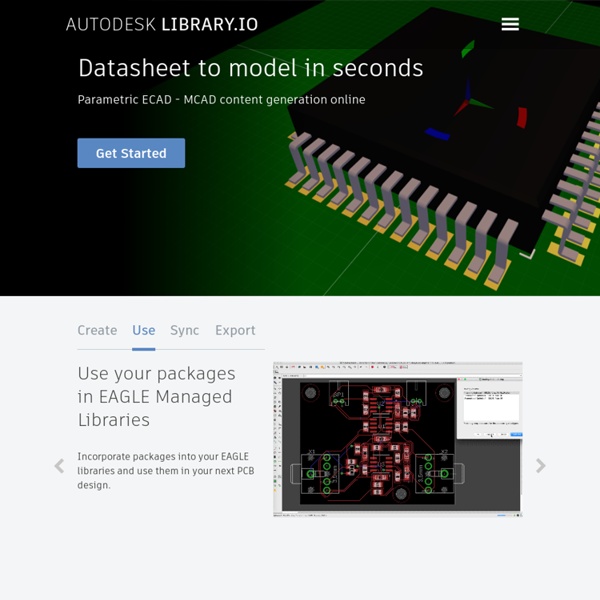 List of open-source hardware projects This list of open-source hardware projects includes computer systems and components, cameras, radio, telephony, science education, machines and tools, robotics, renewable energy, home automation, medical and biotech, automotive, prototyping, test equipment, and musical instruments. Amateur radio[edit] Homebrew D-STAR Radio Audio electronics[edit] 10 Great Intel Galileo Features Intel and Arduino’s announcement about the new Galileo board is big news. It’s a Linux-based board that I’ve found to be remarkably compatible with the Arduino ecosystem based on my first few steps with a prerelease version of the board. Here are some of the best features of this groundbreaking collaboration between Intel and Arduino: Shield Compatibility The expansion header on the top of Galileo should look familiar since it’s compatible with 5V and 3.3V Arduino shields designed for the Uno R3 (also known as the Arduino 1.0 pinout).

KS3 Computing - Wikibooks, open books for an open world Germ of this book[edit] This book started with a Hack the curriculum event on Saturday 18th April 2015, where volunteers met to start creating this book. It will need lots more help and work before it's ready for general use. Paper circuits w/ copper tape You can quickly create circuits on paper using copper tape, clear tape, and some simple electronics. The image above is from a workshop Jie taught at the Exploratorium museum. Components (available from Digi-Key): Other tools & materials: small binder clipsclear tapecard stock paperscissors or an xacto knife and cutting mattweezerssoldering iron + solder (optional) Getting started You can use the templates we’ve created to guide your initial explorations.

the cardboarduino Inspired by the paperduino, the cardboarduino is a physically larger version (with space for a 9V battery), designed by Allegheny College’s faculty member Matt Jadud, as way to introduce students to the fundamentals of soldering and working with physical computation. The Cardboarduino is intended to be printed, cut out, and glued to the front and back of a piece of 5″ x 6″ piece of posterboard.The builder pokes holes through the posterboard everywhere there is a dot on the top side of the design. It also labels the locations of all of the components, including color bands for the resistors. Download the printable PDFs from concurrency.cc Open Workbench Logic Sniffer [OBC101E1P] - $50.00 Basil Watson | 2012-09-02 Intermittent Logic Sniffer I purchased unit ver 1.01 some time back . It worked for about a year. It now works very intermittently. I have tried loading all version of firmware but no success.

List of Arduino boards and compatible systems This is a non-exhaustive list of Arduino boards and compatible systems. It lists boards in these categories: Released under the official Arduino nameArduino "shield" compatibleDevelopment-environment compatibleBased on non-Atmel processors Where different from the Arduino base feature set, compatibility, features, and licensing details are included. Official Arduino versions[edit] Many versions of the official Arduino hardware have been commercially produced to date:[1][2] Teaching London Computing Computing is now a core part of the UK primary school syllabus. You don’t have to use computers to teach all the topics though, and even if you have no computing background as a teacher you may be surprised how much you know! We have created a spin-off from cs4fn for younger students to find out more about the fun side of computing called A Little Bit of cs4fn. It is still being developed, but already has areas on Spies, Superheroes, Robots, AIs and more.

The Fine Art of Electronics {under construction} This tutorial shows you how to make a paper battery holder for coin cell batteries (CR2032 and CR2016). Scroll to the bottom of this page for the video tutorial. Materials and Tools