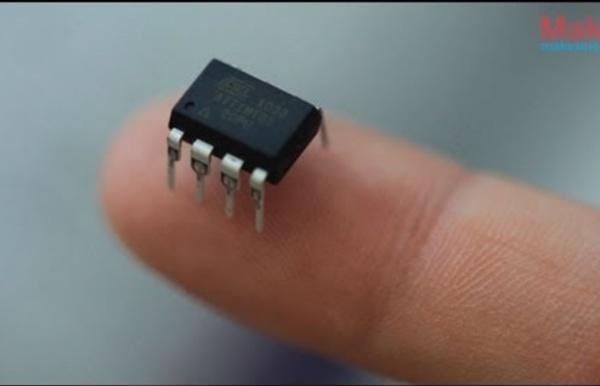 How-To: Shrinkify Your Arduino Projects Ever since I started making projects with the Arduino, I’ve had a desire to shrink them down to a single, small circuit board. One of my first projects, a customizable SLR intervalometer, was packed in a phonebook-sized cardboard box and used the Arduino Deumilanove connected to a breadboard with jumper wires. I brought the box out to Central Park at 5am to make a timelapse of the sunrise, but when I got to the park, I spent 20 minutes fixing the connections between the Arduino, the breadboard, and the components. Since then, I’ve explored a few different ways of shrinking projects down and making them more robust. For the intervalometer, I designed a circuit board that had female header pins to seat an Arduino Nano.

Untouchable PAD This tutorial explains how to set up and assemble the hardware to get started building your own tablet / pad. This amazing flawed by design but extremely unusable tablet was design mainly for academic purposes, but due to it's extreme upgradability I decided to post it here. However future tutorials will explain further other uses or upgrades for the flawed design and improved unnusability(comment plz). Tiny AVR Programmer - PGM-11801 Description: The ATtiny45 and 85 are a couple of really cool little MCUs but did you know you can program them in Arduino? That's right, now you can shrink your Arduino projects down to "tiny size" by moving your code straight over to these small but capable ICs. The standard method for programming the ATtiny ICs involves a breadboard, lots of jumper wires and a hardware programmer, but David Mellis over at MIT Media Lab has simplified the process by laying out this handy USB programmer. The Tiny AVR Programmer plugs directly into your USB port and provides a programming socket for the ATTiny45 and 85. Just slot an ATtiny into the socket, plug the programmer into your USB port and start up the Arduino IDE. After installing the proper board definitions, you simply program it the same way you would any other Arduino board.

PortManipulation Reference Language | Libraries | Comparison | Changes Port registers allow for lower-level and faster manipulation of the i/o pins of the microcontroller on an Arduino board. The chips used on the Arduino board (the ATmega8 and ATmega168) have three ports: Teensy USB Development Board The Teensy is a complete USB-based microcontroller development system, in a very small footprint, capable of implementing many types of projects. All programming is done via the USB port. No special programmer is needed, only a standard "Mini-B" USB cable and a PC or Macintosh with a USB port.

Grove - OLED Display 128*64 [OLE35046P] - $10.50 I bought one of these on sale - building my own 16 and 32 pixel high fonts for it was a cool project. The title of the HTML page for this project still has the sale price ($10.50), although the non sale price shows up in the body of the page and in my cart. Is it still on sale? DIY 21" Cintiq(Intuos) - All The inspiration and ideas used in this instructable were started by the folks over at There you can find compatible monitors for this project and a lot of invaluable knowledge related to DIY Cintiqs. DIY Cintiq Monitor Used: Dell ST2220L 21" LED Monitor