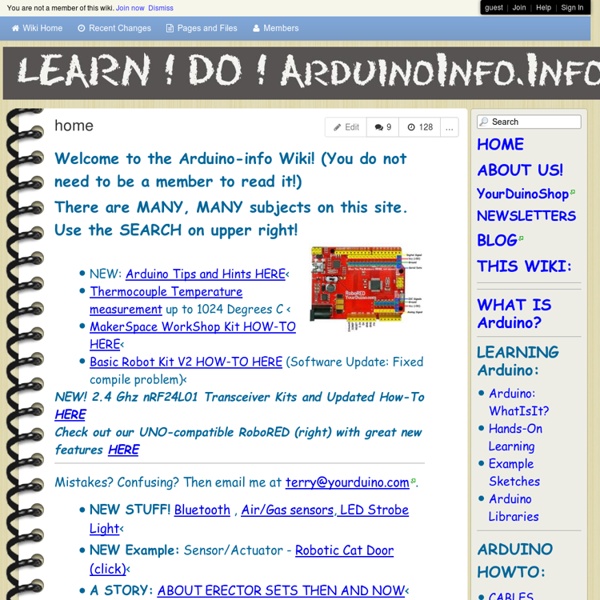 tutorial – Arduino Arts Finally i got to make a new project on my own (and after 6 months i finally make the post)… It was a mix of situations, first i´ve wanted to do a 8×8 matrix banner for the home, and my… Continuar leyendo Last summer, my girlfriend and me got a beautifull dog named «Luna» (moon in spanish), a white Golden Retriever (you can see some videos on her youtube channel here) it´s been amazingly fun but has a problem… the fur… the… Continuar leyendo Finally i did it! It´s Summer time!!!! An very interesting Tutorial from MAKE Magazine: This project first appeared in MAKE Volume 38, on pages 86–87. Building your own quadcopter is an expensive and delicate ordeal. We are in the middle of a new project and want to show a simple yet attractive status display (more than rgb single led), and we came with the idea of 8×8 emoticons. and the result on the 8×8 matrix…… Continuar leyendo This is the reason i started doing the tutorials… it was the best way of learning it. It finally arrived!

10 Engaging Python projects | Raspebrry Pi, python, CPC 10 Engaging Python Projects is a series of worksheets I have produced to introduce Key Stage 2 and 3 students to the world of the Raspberry Pi and programming in Python. I started creating some worksheets for my own school Pi club and then thought - why not make it into a free iBook. The iBook is free and will also be available as a PDF if requested by schools. The projects are available in an iBook format for Mac and iPad from the Apple iBook Store here The projects are based around the Traffic Light Kit available from CPC for £4.79 including VAT and can be bought here A draft of the booklet can be downloaded here Projects include: Making 1 LED flash with the GPIOMorse code flashesDisco lights with there LEDsReaction time gameTraffic lightsI would love your feedback on this resource as I will be using this with my own Pi club at school.

arduino masterclass Archives Make your own Enigma Cipher Machine using Arduino with this handy guide. This month, we finish off our Digital Audio Recorder with new software enabling higher sample rates. You’ll find the source code used for the projects in this series below. For further instructions on how to use the code see the relevant issue of APC Magazine. Project 01: LED dieDownload source code here Project 02: Weather StationDownload source code here Project 03: TV Weather Station Download source code here Project 04: Mini Robot Download source… This month, Darren Yates shows you how to get an Arduino Uno board to record digital audio to a flash card from scratch. The latest in our series of Arduino projects sees us return to our roots and give the classic Rolly robot a reboot. Don’t just listen to your music – see it with this Arduino-powered Stereo Audio Spectrum Analyser. In this class, we put the Arduino’s analog-to-digital converter to use measuring audio signal levels.

Building an Arduino Robot, Part III: Assembling the Robot Welcome to the third article in the tutorial series in which I'm building a remote controlled Arduino based vehicle robot. Here is the list of articles I have published: In the previous article I introduced you to the programming side of my Arduino project, and I wrote a number of Arduino sketches that test the different hardware parts of my robot. Today I'm taking a break from programming and instead, I will show you how I built and tested my robot hardware. The manufacturer suggests attaching the battery box to the lower platform, but that would require unscrewing the top platform to change the batteries. Here is the vehicle kit, fully assembled: The top platform of the vehicle comes with a lot of slots where things can be attached. The board ended up a tiny bit crooked with respect to the platform, but other than that it was pretty solid: I then needed to mount the breadboard in the front of the vehicle. The next step was pretty tricky. There are actually a few possible solutions: Testing

Robotev.com: Роботев Projecte Scratch Features Arduino objects offer blocks for the basic microcontroller functionalities, analog and digital writes and reads, and also for higher level ones. You can find a block to manage Parallax continuous rotation servomotors. Creating Arduino objects is available in 3 different ways as in the Scratch environment. You can choose between creating a new connection or using an already created one. This feature allows Arduino virtual objects work collaboratively using the same connection (the physical object). S4A interacts with Arduino sending actuators state and receiving sensors state every 75 ms, therefore the width pulse has to be greater than this time period. It works with Arduino Duemilanove and Diecimila versions, maybe it works with others but we haven´t tested them yet. S4A is compatible with Scratch, you can work with Scratch projects and PicoBoard. Creators We will soon upload the documentation and project examples that will be available from the file menu in future versions.