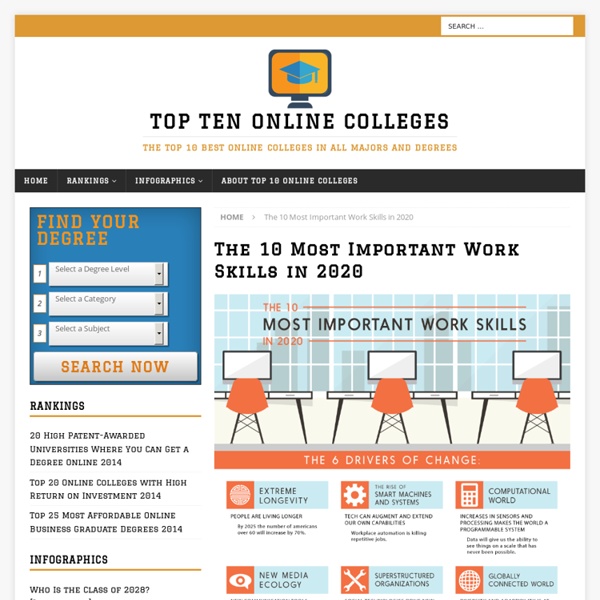 10 well paid jobs of the future Mr Bellini posited the idea of an elderly well-being consultant, who specialises in personalised care for older patients, or a memory augmentation surgeon who helps counter memory loss. He also saw big changes in farming as food resources became scarce, with genetically modified crops becoming common and crops grown vertically in areas resembling multi-storey car parks to save space. Ian Pearson, a futurologist who wrote You Tomorrow, sees job growth in the field of augmented reality, where the real world is overlaid with computer-generated images. “When you look at a building it’s constrained by planning laws, but in cyberspace you can make it look however you want,” he said. “A company with a high street presence could make their shop look like Downton Abbey, or set it in a post-nuclear apocalypse environment.” Mr Pearson also argued that the better technology gets, the more people will have to focus on their “human skills” to survive in the workforce.

Future of Work: What Skills Will Help Us Keep Pace? From Elon Musk’s tweet that artificial intelligence may be more dangerous than nuclear weapons to the growing clamor of voices warning robots will take away our jobs, it is clear we are focusing more on the problems of AI, robotics, and automation than the solutions. While the problems are real and should be taken into account, social innovators around the world are already working to deliver solutions. It’s true that today’s technology is reworking the economy and our role in it. But this needn’t herald economic end times. To smooth the transition, we need to ensure that displaced workers have the resources to learn new work and children are given a good head start. This is nothing new.

Garbage designer, robot counsellor among the predicted jobs of 2030 About 15 years from now, farmers will have made their way from the countryside to the city, counsellors will help ensure the right robot goes to the right family and garbage designers will lead the upcycling movement. Those are some predictions made by the Canadian Scholarship Trust Plan’s Inspired Minds initiative, which aims to give Canadians a sneak peek of the job market in 2030. Some of the more curious careers include: Nostalgist: A mix between a therapist, an interior designer and a historical researcher, a nostalgist will help the wealthy elderly of 2030 create a living space inspired by their favourite decade. Rewilder: The old name for this job was "farmer."

If Schools Don't Change, Robots Will Bring On a 'Permanent Underclass': Report Robots are taking all the jobs. But are we, the average, moderately skilled humans, screwed, or aren't we? Let me just get it out of the way now: We are, unless there are drastic, immediate changes to education and economic systems around the world. The dominant narrative going around today about Pew Research's new report on artificial intelligence and the future of jobs is that experts can't really decide whether automation is going to make working obsolete, that it's really a toss up whether robots will simply create new jobs in other sectors as they destroy ones in other. That's true, in one sense: The 1,896 futurists, CEOs, journalists, and university professors questioned for the report were split in half over robots will "displace significant numbers of both blue- and white-collar workers," with 52 percent of respondents agreeing that "human ingenuity will create new jobs, industries, and ways to make a living, just as it has been doing since the dawn of the Industrial Revolution."

LEGAL FUTURES Report: artificial intelligence will cause "structural collapse" of law firms by 2030 1 December 2014 AI: computers that ‘think’ spell doom for many lawyers Robots and artificial intelligence (AI) will dominate legal practice within 15 years, perhaps leading to the “structural collapse” of law firms, a report predicting the shape of the legal market has envisaged. Civilisation 2030: The near future for law firms, by Jomati Consultants, foresees a world in which population growth is actually slowing, with “peak humanity” occurring as early as 2055, and ageing populations bringing a growth in demand for legal work on issues affecting older people. This could mean more advice needed by healthcare and specialist construction companies on the building and financing of hospitals, and on pension investment businesses, as well as financial and regulatory work around the demographic changes to come; more age-related litigation, IP battles between pharmaceutical companies, and around so-called “geriatric-tech” related IP.

Low wages not education to blame for STEM skills gap Low wages rather than inadequate training are to blame for the STEM skills gap, according to research from the University of Warwick. A new briefing paper suggests that the lack of workers with skills in science, maths, engineering and technology (STEM) and 'soft' communications skills is not due to problems with the education system, but to employers being unwilling to offer higher wages to suitably skilled workers. The research was conducted by Dr Thijs van Rens associate professor in the Department of Economics. He said: "It is often taken for granted that the skills gap and skills mismatch is a supply problem and appropriate training is not available to workers. However US data shows that market wages do not reflect the relative demand for different types of skills.

AI will foster an era of 'superhuman' workers, says Google X founder Reddit Tweet Share Email The 5 Best TED Talks for Teachers December 18, 2014 TED talks are invaluable resources for teachers professional development. They cover a wide variety of education related topics and provide a very good source of inspiration for teachers and students. Throughout the year we have been sharing with you some interesting talks from renowned speakers and educators and today we have had a look back at those talks and picked out 5 of the most popular talks within the education community. 1- Every Kid Needs A Champion by Rita Pierson Rita Pierson, a teacher for 40 years, once heard a colleague say, "They don't pay me to like the kids." Her response: "Kids don't learn from people they don’t like.’”

Excellent Rubric for Using Digital Portfolios in Class December 22, 2014 Planning to integrate digital portfolios in your instruction? This list of tools is a good place to start with. It contains some useful web applications that you and your students can use to easily create e-portfolios. Using e-portfolios with your students has several educational pluses that include: