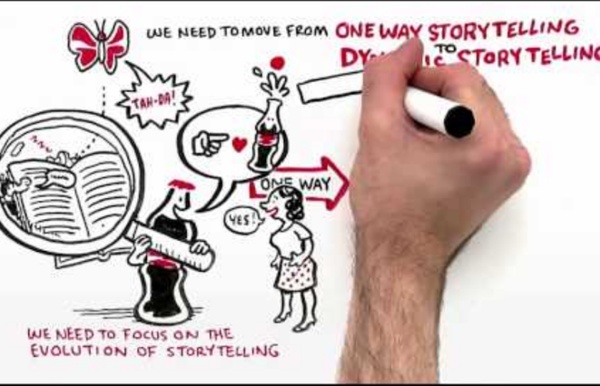 Electrospun protein may offer meat replacement hope: TNO The use of electrospinning technology could help create nano-sized protein strands that are able to better mimic the texture and bite of meat, say experts from TNO. Writing in Innovative Food Science & Emerging Technologies the research team noted that the development of meat-free food products that have appealing texture and structure remains a big challenge for the industry. "One of the challenges of alternative protein sources, such as plant storage protein, green leaf protein or insect protein is to process it into an a structurally appealing product," explained the researchers, led by Maaike Nieuwland of TNO, the Netherlands. "Fibrillar structure is acknowledged to play an essential role in giving texture and bite to protein products," said Nieuwland and her colleagues. "Using a well-soluble ‘polymer’ as a carrier for the difficult-to-spin proteins, is more widely applicable," they added. Study details

Coca Cola's Shift to Content Excellence - Philadelphia Internet Marketing Company Dinkum Interactive February 3rd, 2012 There’s been quite a bit of discussion about Coca Cola’s evolution of its content strategy. For many years, the company dominated the advertising space – globally – but the Internet has forced a change in its strategy. Rather than ‘Creative Excellence’, they’re now after ‘Content Excellence’. One commentator, Jeff Bullas, believes there are 5 lessons to be learned from Coke’s new approach. Lesson 1: Create Liquid Content As Jeff Bullas notes, the purpose of content excellence is to create ideas that are so contagious, they can’t be controlled. Lesson 2: Ensure your Content is Linked The next part of the equation, adds Bullas, is to ensure you create content that’s relevant to the business objectives of your company, your brand, and your customer interests. Lesson 3: Create Conversations The new distribution technologies including Twitter, YouTube and Facebook allow greater connectivity and consumer empowerment than ever before, continues Bullas.

'Drones Might Be the Future of Food' - Emma Green Ralph Orlowski/Reuters When Chris Anderson started building drones, he had no idea what a crop survey was. He had never even been on a farm - at least, not "professionally." But about a year and half ago, he found out that farmers were getting excited about drones - and now, so is he. "When I got into this, I thought it would be the future of flight, but now I think drones might be the future of food," he said at The Atlantic Meets the Pacific conference on Wednesday. Anderson started getting into drones in 2007, when he created an open-source platform for sharing the technology's design. This actually is a great tool for crop surveys. This trend won't only affect American industrial agriculture, Anderson said. But it's important to keep in mind that the technology is still in its infancy - sort of like the early days of computing.

Content 2020: Dynamic Storytelling, Provoking Conversations and the Future of Marketing [VIDEO] | Fruition Interactive :: toronto interactive strategy, web design and development, online marketing I’m not crazy. In fact, my instincts have been right all along. Let me explain. A few months back, Coca Cola announced they were no longer going to rely on the “30-second TV spot” or even traditional ad agencies to build their business moving forward. According to Jonathan Mildenhall , VP Global Advertising Strategy and Creative Excellence, Coke is going to put their efforts (and money) into the web, storytelling and creating excellent content . The short version? Content marketing has truly arrived on the big stage. Think Like a Publisher As some of you probably know, we’ve been evangelizing this approach for years. Today, however, I feel a sense of victory for us digital and content marketing folks. We weren’t crazy after all. Think about it. Please Watch these Videos I’ve spent some time reviewing the two videos below. It’s that important. Coca Cola Content 2020 Part One Coca Cola Content 2020 Part Two Why Is Content 2020 So Important? How Coke Defines Content and Storytelling 70% Content [P.S.

Inside the meat lab: the future of food | Science | The Observer The future feast is laid out around a cool white room at Eindhoven's University of Technology . There is a steak tartare of in-vitro beef fibre, wittily knitted into the word "meat". There are "fruit-meat" amuse-gueules. The green- and pink-striped sushi comes from a genetically modified vegetarian fish called the biccio that, usefully, has green- and pink-striped flesh. To wash this down, there's a programmable red wine: with a microwave pulse you can turn it into anything from Montepulciano to a Syrah. For the kids, there are sweet fried crickets, programmable colas and "magic meatballs". None of this is quite ready to dish up. The truth, though, is that artificial steak is still a way off. This quest is key to the future of food. "It's the default thing to do, to try and replicate what you know," warns van Mensvoort. It's all Monsanto's fault. "African scientists say, 'Don't you dare bar us from this technology,'" says Fresco. Our desires in food are laden with paradox.

Red Bull CEO Dietrich Mateschitz On Brand As Media Company There are few companies--and almost no “traditional” advertisers--that have the kind of holistic approach to brand experience that ensures every expression, from product to corporate culture to communications, is part of a master creative vision. For these companies, marketing is not a department; it’s a genetic part of the brand itself. But Red Bull has taken the brand rigor that made it a global beverage titan and done something vanishingly rare. With an unceasing, and meticulously produced and managed stream of high end action sports- and youth culture-oriented content that spans web, social, film, tablet, print, music, and TV, the giver of wings has become what every brand wants to be these days--a media company in full. Post digital revolution, brands have woken up to the fact that their information and entertainment outputs can and should go beyond the paid, interruption-based model known as advertising. Was producing content a part of that from the start? Yes, we have.

Future Technology Could Eliminate the Need to Eat Food By early 2030s, experts predict nanobots will be developed to improve the human digestive system, and by 2040 or before, as radical as this sounds, we could eliminate our need for food and eating. This is the vision of futurist Ray Kurzweil and nutritionist Terry Grossman, M.D., in their popular book, Fantastic Voyage: Live Long Enough to Live Forever. In the coming decades, the authors claim, “We will be able to reengineer the way we provide nutrients to our trillions of cells.” Current method of extracting nutrients from food is not working very well. Nearly two thirds of Americans are overweight and it has become extremely difficult for most people to achieve proper nutrition as we trek through our 21st century maze of confusing health options. However, by mid-2030s, nutritional needs tailored exclusively to meet each person’s requirements will be more clearly understood. Americans love to improve their bodies. However, this concept may not be accepted easily.

Nike's new marketing mojo How the legendary brand blew up its single-slogan approach and drafted a new playbook for the digital era. By Scott Cendrowski, writer-reporter FORTUNE -- Few outsiders have visited the third floor of the Jerry Rice Building at Nike's headquarters. Even most Nike employees know little about just what the staffers working here, on the north side of the company's 192-acre campus in Beaverton, Ore., actually do. A sign on the main entrance reads RESTRICTED AREA: WE HEAR YOU KNOCKING, WE CAN'T LET YOU IN, and it's only partly in jest. Inside, clusters of five or six employees huddle in side conference rooms where equations cover whiteboard walls. Once upon a time, the hush-hush plans and special-access security clearance would have been about some cutting-edge sneaker technology: the discovery of a new kind of foam-blown polyurethane, say, or some other breakthrough in cushioning science. This hive is the home of Nike Digital Sport, a new division the company launched in 2010.