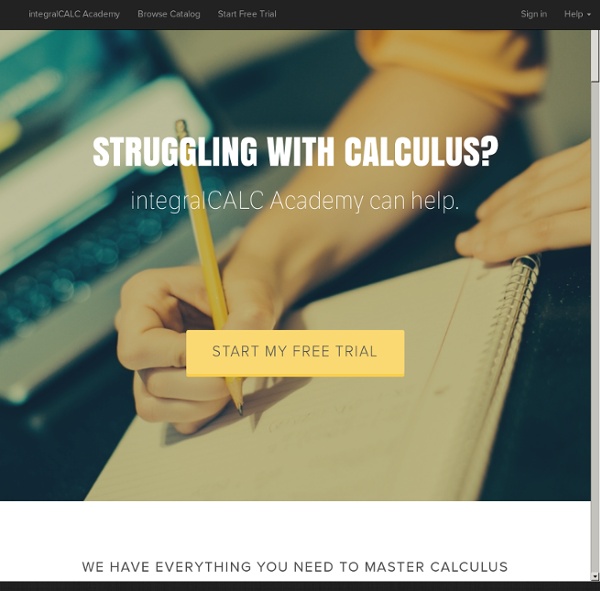 Integer Number Line In this lesson,we will look at integers and the number line. Related Topics: More Lessons on Integers Integer Worksheets Integer Games Integers 6174 (number) 6174 is known as Kaprekar's constant[1][2][3] after the Indian mathematician D. R. Kaprekar. This number is notable for the following property: Take any four-digit number, using at least two different digits. Top 5: Places to visit with a Harry Potter theme Visit the magical Alnwick Castle iStockphoto / Thinkstock The final Harry Potter film Harry Potter and the Deathly Hallows Part II premieres on 7 July, marking the end of an era for a generation of film buffs; but the magic of Hogwarts and its famous bespectacled graduate will live on at a number of locations. We’ve chosen five must-see haunts for Potter fans. Alnwick Castle, England Grab a broom and play Quidditch in these groundsCreative Commons / Eugene Regis

Dimensions Home A film for a wide audience! Nine chapters, two hours of maths, that take you gradually up to the fourth dimension. Mathematical vertigo guaranteed! Background information on every chapter: see "Details". Click on the image on the left to watch the trailer ! 9 Mental Math Tricks Math can be terrifying for many people. This list will hopefully improve your general knowledge of mathematical tricks and your speed when you need to do math in your head. 1.

Adding Signed Numbers - Lesson 101 Video Adding Signed Numbers - Lesson 101 Hi, I’m Larry. This is the video from Lesson 101 on my website, adding signed numbers. This is one of the most important lessons on my site so make sure that you fully understand it and feel fully comfortable with it. I you have difficulty understanding this lesson you will have trouble with all the materials that follows because it builds up on this lesson especially when we get to Algebra we’re going to be using the skill again and again, so make sure that you don’t have any difficulty with it whatsoever.

Mathematical Atlas: A gateway to Mathematics Welcome! This is a collection of short articles designed to provide an introduction to the areas of modern mathematics and pointers to further information, as well as answers to some common (or not!) questions. The material is arranged in a hierarchy of disciplines, each with its own index page ("blue pages").

A Father Who Creatively Captures His Kids (20 photos) If there was a prize that could be given out to the most creative father, I'd hope that it was awarded to Jason Lee. A wedding photographer by day, he's used to capturing some of the most important moments in a couple's lives. As a longtime fan of Jason's photos on Flickr however, I think the real magic happens when he turns the camera onto his daughters. Sure, his children are adorably cute in their own right, but that's not what makes his photos so interesting. How to Read Mathematics This article is part of my new book Rediscovering Mathematics, now in paperback! How to Read Mathematics by

Fibonacci in Nature The Fibonacci numbers play a significant role in nature and in art and architecture. We will first use the rectangle to lead us to some interesting applications in these areas. We will construct a set of rectangles using the Fibonacci numbers 1, 1, 2, 3, 5, 8, 13, 21, and 34 which will lead us to a design found in nature. You will need a ruler, protractor, and compass. Start by drawing two, unit squares (0.5 cm is suggested) side by side. Next construct a 2-unit by 2-unit square on top of the two, unit squares.