Use Computers to Teach Math 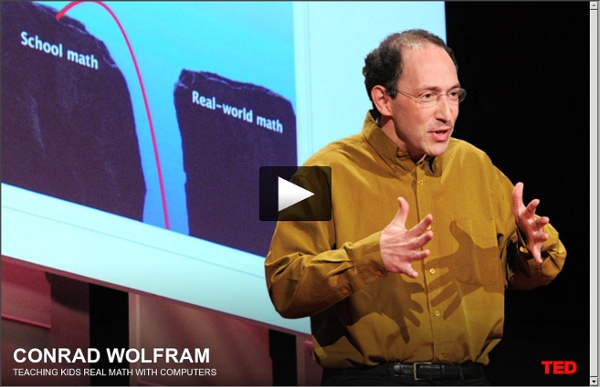 graph review If you're a student taking a math class, there's a good chance you could benefit from a graphing calculator. Unfortunately, such devices are very expensive, but the good news is that there are several app solutions for your iPhone and iPad -- the best being Quick Graph. Quick Graph is a fantastic graphing calculator that lets you graph multiple equations at the same time, change their color, and also view the mathematical notation of equations being graphed by nicely formatting fractions and exponents You can toggle equations on and off by tapping the symbol that looks like an eye. learn with Flashcards Group 1 Don’t settle for just any verb, learn one of the top 100 German verbs! Learn for free with audio flash cards and the dangerously addictive Lingo Dingo! Which verb will help you save the world?

Parents Guide / Math Skills Development Children know many math concepts through early play. As infants they know that they are small and their mother and father are big even though they do not know the words. Toddlers know that if they put one block on top of another, they will have two even though they do not know the words. They know that if they have 2 blocks and you have 10, you have more and they want them. Toddlers will often sort objects although we may not know the criteria they are using to form their sets. Very young children know the sequence of their day if there is a schedule to their day.

- Upgrade your KWL Chart to th 21st Century 0 Comments July 22, 2011 By: Silvia Tolisano Jul 22 Written by: 7/22/2011 12:39 AM ShareThis One of the take aways from the Curriculum Mapping Institute this past week was that it brought an upgrade to THE trusted KWL (Know, What to Know and Learned) Chart to the forefront.

Learning the Habits of Mind that Enable Mathematical and Scientific Behavior Math/Science Matters: Resource Booklets on Research in Math and Science Learning Booklet 2 Issues of Instructional Technique in Math and Science Learning Learning the Habits of Mind that Enable Mathematical and Scientific Behavior How DO We Learn Math? What makes it possible to learn advanced math fairly quickly is that the human brain is capable of learning to follow a given set of rules without understanding them, and apply them in an intelligent and useful fashion. Given sufficient practice, the brain eventually discovers (or creates) meaning in what began as a meaningless game.— Keith DevlinShould Children Learn Math by Starting with Counting? It seems obvious that our children must have a wide range of experience with real world objects before counting, addition, or subtraction mean anything to them. But are other topics, such as calculus, better learned as abstract rules — as a game that we play with symbols? And what about the topics in the middle? For instance, how best can we break our algebra students of common errors such as distributing the square or canceling out addition terms?

Gardner's Multiple Intelligences Howard Gardner of Harvard has identified seven distinct intelligences. This theory has emerged from recent cognitive research and "documents the extent to which students possess different kinds of minds and therefore learn, remember, perform, and understand in different ways," according to Gardner (1991). According to this theory, "we are all able to know the world through language, logical-mathematical analysis, spatial representation, musical thinking, the use of the body to solve problems or to make things, an understanding of other individuals, and an understanding of ourselves.

9 Mental Math Tricks Math can be terrifying for many people. This list will hopefully improve your general knowledge of mathematical tricks and your speed when you need to do math in your head. 1.