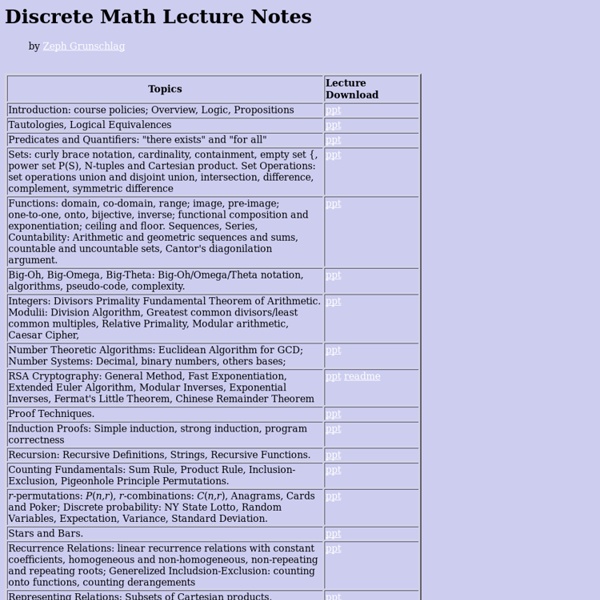 K-MODDL > Tutorials > Reuleaux Triangle If an enormously heavy object has to be moved from one spot to another, it may not be practical to move it on wheels. Instead the object is placed on a flat platform that in turn rests on cylindrical rollers (Figure 1). As the platform is pushed forward, the rollers left behind are picked up and put down in front. An object moved this way over a flat horizontal surface does not bob up and down as it rolls along. Elementary Concepts in Statistics In this introduction, we will briefly discuss those elementary statistical concepts that provide the necessary foundations for more specialized expertise in any area of statistical data analysis. The selected topics illustrate the basic assumptions of most statistical methods and/or have been demonstrated in research to be necessary components of our general understanding of the "quantitative nature" of reality (Nisbett, et al., 1987). We will focus mostly on the functional aspects of the concepts discussed and the presentation will be very short. Further information on each of the concepts can be found in statistical textbooks.

23 Go To Resources for Finding Great Code English | Español | Français About Us Menu ≡ home > resources > articles > 23 go to resources for finding great code 23 Go To Resources for Finding Great Code Newest Questions - Mathematica current community your communities Sign up or log in to customize your list. Jain's True Value of Pi I will be releasing a new body of work that gives the True Value of Pi, based on the Harmonics of Phi (1.618033...), Einstein for Everyone - StumbleUpon Einstein for Everyone Nullarbor Press 2007revisions 2008, 2010, 2011, 2012, 2013 Copyright 2007, 2008, 2010, 2011, 2012, 2013 John D. 10 Search Engines to Explore the Invisible Web It’s not Spiderman’s latest web slinging tool but something that’s more real world. The Invisible Web (or The Deep Web) refers to the part of the Internet that’s not indexed by the search engines. Most of us think that that search powerhouses like Google and Bing are like the Great Oracle — they see everything. Unfortunately, they can’t because they aren’t divine at all; they are just web spiders who index pages by following one hyperlink after the other.

6174 (number) 6174 is known as Kaprekar's constant[1][2][3] after the Indian mathematician D. R. Kaprekar. This number is notable for the following property: Take any four-digit number, using at least two different digits. (Leading zeros are allowed.)Arrange the digits in ascending and then in descending order to get two four-digit numbers, adding leading zeros if necessary.Subtract the smaller number from the bigger number.Go back to step 2.