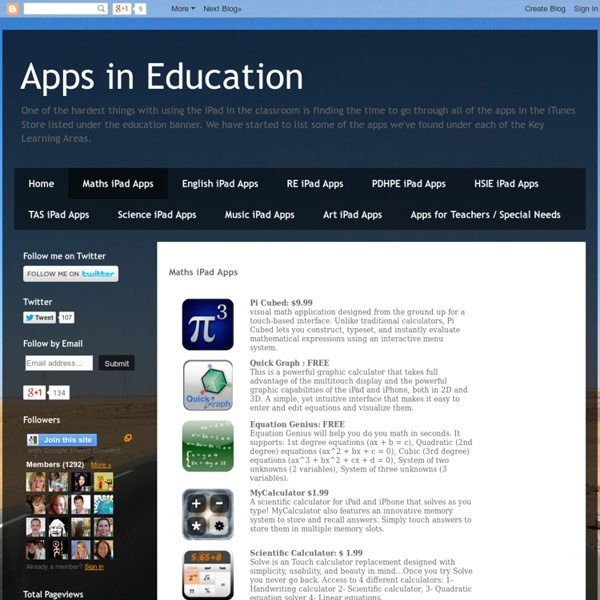 The 10 Comandments of iPad Tablets We all have probably heard the story of Moses, bringing down the 10 commandments on two stone tablets from Mount Sinai, but there are also commandments that apply to our iPad tablets. Here are the top 10. 1. Thou shalt keep thy iPad fully charged. Keeping a good charge on your iPad will ensure that it is ready to go when you are. Four stages of competence In psychology, the four stages of competence, or the "conscious competence" learning model, relates to the psychological states involved in the process of progressing from incompetence to competence in a skill. History[edit] The Four Stages of Learning provides a model for learning. It suggests that individuals are initially unaware of how little they know, or unconscious of their incompetence. As they recognize their incompetence, they consciously acquire a skill, then consciously use it. Eventually, the skill can be utilized without it being consciously thought through: the individual is said to have then acquired unconscious competence. [3]

Graphing Stories Or: Best Lesson Ever Or: Why It’s Nice To Have Some Totally Extraneous Skills Or: Skip The Blah-Blah. Downloads At The End. The Blah-Blah I know this isn’t new. 20 Amazing iPad Apps for Educators When one looks at how technology has changed education over the past decade, one can’t help but be blown away by the sheer number of iPad apps for educators that have absolutely flooded the electronic marketplace. There are so many iPad apps for teachers released every month that even the most plugged-in educator would have a difficult time processing and utilizing them all. Luckily, when teachers are looking to learn how to use iPads in the classroom, they need to look no further than TeachHUB magazine and TeachHUB.com -- an educator’s primary go-to resource when researching iPad apps for teachers and iPads in the classroom.

Drawing on the iPad See how these 12 compare to other styluses: Check out our in-depth iOS stylus charts. Steve Jobs may hate the idea of using a stylus on his touchscreen devices, but the fact remains that some consumers simply prefer an intermediary accessory for interaction. Whether it’s too cold outside for direct contact, you’re worried about touchscreen germs, or you need a sketching tool, sometimes a stylus can be a good thing. Accessory manufacturers seem to agree, having produced a plethora of styluses for Apple’s iOS devices. As some people know, in my not-so-secret other life, I enjoy drawing cartoons. Since I bought my first iPad back in April 2010, I’ve been using the device for quite a bit of my scribbling and coloring—most of that with Ten One Design's Pogo Sketch.

Learning styles Learning style is an individual's natural or habitual pattern of acquiring and processing information in learning situations. A core concept is that individuals differ in how they learn.[1] The idea of individualized learning styles originated in the 1970s, and has greatly influenced education.[2] Proponents of the use of learning styles in education recommend that teachers assess the learning styles of their students and adapt their classroom methods to best fit each student's learning style. Teaching Fractions with Sketchpad Share A quick quiz: How many fractions are there? Fractions like 13/37 and 1/100 rarely appear in elementary mathematics curricula. This may sound like an absurd question, but in the context of elementary mathematics curricula, it makes a lot of sense. Think about it: Children encounter fractions like 1/2, 3/4, and 2/6 all the time, but do they ever see 1/100, 31/90, or 499/500? Unlikely.

Top 200 best iPad apps 2011 If you've got yourself an iPad Air or new iPad mini, you'll want to start downloading the best iPad apps straight away. And if you already have an iPad 4 or older iPad, you might want to update it with some new apps. It's the apps that really set iOS apart from other platforms - there are far more apps available on the App Store for the iPad than any other tablet. So which which ones are worth your cash? And which are the best free apps? Luckily for you we've tested thousands of the best iPad apps so that you don't have to.

5 iPad Apps Every Teacher Should Have Just to wrap up our week of apps for teachers here are some favourites that will make your iPad a little more productive in the classroom. Enjoy iWork Until Microsoft release office for the iPad iWork offers the MS Works equivalent of a productivity suite for the iPad. Pages, Numbers and Keynote make for a fairly impressive productivity suite for $30, or $10 each. Teaching & Classroom Resources @ www.theteachinglab.com The Elements: A Visual Exploration: Sounds a bit pricey for a periodic table, but the vividly animated illustrations of every substance our world is made of more than make up for it. $14