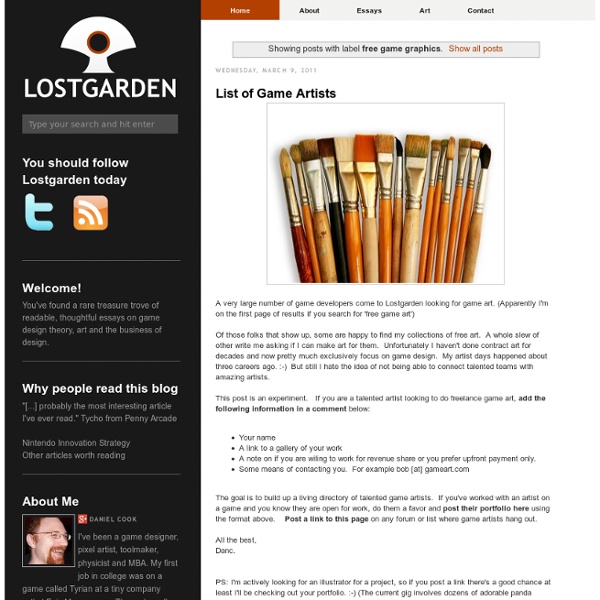 It is once again time for a prototyping challenge! The rules are the same. You are an elite programmer that wants to make something fun without spending ten years in art school learning how to draw stick figures. This time, we are tackling an ancient, yet still fascinating, genre that is long overdue resurrection: The God Game. Back in the day, there was a game call Populous where you played a god. I've divided the challenge up into two sections. Challenge Part I: Core MechanicsHave you ever experienced the simple joy of sorting your Legos? As with all mechanics, the written design is a starting point. The mapThe land starts out with randomly sorted PlanetCute prototyping tiles, piled up to five levels deep. There are several types of tiles: Basic tiles: There are a few basic tiles, grass, dirt, water.Rare tiles: Each basic tile has a rare analogue such as emerald, ruby or sapphire. Prayer listAlong the side of window is a list of patterns that various villagers want you to build. Related:  References et textures

The Cinematography of "The Incredibles" Part 2 See Part 1 here.Continuing with my case study of the shot compositions from Pixar's film "The Incredibles". All images used here are ©Disney/Pixar (unless otherwise stated). Composition in film includes many different aspects; color, shape, line, contrast, positioning, cropping, viewpoint, rhythm, perspective, proportion, geometry, and many more. The dinner table sequence is a nice one that showcases how well you can move the camera around depending on which character(s) you want to make as the focus of the shot. With 5 characters all facing inwards, turning their heads left an right according to which other person they are talking to, you create scenario that can have a million different ways you can shoot this scene from. A 2 shot. Warm colors, warm lighting, all conveying a comfortable family environment. Characters are never blending into the background too much, color tones and shape (silhouettes) are always clear to make the image fast and easy to read. Rule of Thirds is everywhere.

Mochi Media - Developer FAQ The effective cost per 1000 impressions, or eCPM, allows you to understand how much money you have made in the past per thousand views and the variety of ads that have shown in your game. Our money comes from advertisers in different forms. Sometimes they buy per view, per click or per action of the ad in your game. Your eCPM will fluctuate throughout the day based on your traffic and our ad inventory.

Aris Kolokontes art. Mochi Game Developer Fund #ConceptCraniopagus Blog on deviantART Mars Colony Online Simulation Mars Colony is first most a simulation, secondly entertainment, and thirdly bound by the laws of the game engine, 3D rendering technology and the capabilities of the designer and artist. As such, there have been a lot of interesting discussions lately around artwork. Namely the juxtaposition of object artwork in a imaginary facility on Mars, that closely tracks the mechanical requirements of the simulation, and meets the bar of quality and realism set by the game’s designer. As such, then objects that are interacted with, must meet certain criteria – but especially the nebulous “It must look right.” Fortunately there is public information on visionary ideas of what colonization of a planet like Mars might be, but a strong lack of DETAIL. Beyond DETAIL, there are the mid-ground elements, like duct work, clutter and graphics on the habitation unit panels. Then comes the background. To that end, we know, somewhat what the surface of Mars looks like.

Millennium Park Planning of the park began in October 1997. Construction began in October 1998, and Millennium Park was opened in a ceremony on July 16, 2004, four years behind schedule. The three-day opening celebrations were attended by some 300,000 people and included an inaugural concert by the Grant Park Orchestra and Chorus. The park has received awards for its accessibility and green design.[3] Millennium Park has free admission,[4] and features the Jay Pritzker Pavilion, Cloud Gate, the Crown Fountain, the Lurie Garden, and various other attractions. Some observers consider Millennium Park to be the city's most important project since the World's Columbian Exposition of 1893.[4][5] It far exceeded its originally proposed budget of $150 million. Background Views of what became Millennium Park in 1981: (Left) Train on tracks, now under what became Chase Promenade South; (Right) View from the Willis Tower of rail yards and parking lots, with Richard J. Features Jay Pritzker Pavilion Crown Fountain

Moonbase Lunar Colony Simulator Title Moonbase, Lunar Colony Simulator Game Type Management Sim Company Wesson International Players 1 MAJOR MS-DOS PROBLEM - The PC Version of the program (below) won't run under later versions of MS-DOS (Microsoft Disk Operation System, with the 'C:>' Command Prompt) i.e. Windows XP, Vista Basic, Windows 7... Facility Resupply Needs (kg/month) Power Needed (kWe) Man Power Crew Capacity Description - requirements of ever type of building and what they produce. [JUN06] "Coiled tubing units are so compact and have such great potential, the Mars Drilling Project is evaluating a coiled tubing unit to drill for water on Mars." I thought I would include a review of this game, as it is a similar concept to colonization, and so might be of interest to some readers. This is a very unusual game, quite apart from the run of the mill. Also mine Helium-3 for [as yet un-discovered] radiation free Fusion Reactors. For once the blurb on the back cover, actually reflects the game, so I will include it:

Borderlands [Beta - Xbox 360 / PS3] | Unseen 64: Beta, Unreleased & Unseen Videogames! Borderlands is a science fiction FPS with RPG elements developed by Gearbox Software for PlayStation 3, Xbox 360 and PC. The game was originally revealed in the September 2007 issue of Game Informer magazine. [Info from Wikipedia] When the game was shown again in April 2009, Gearbox changed the graphic style of the game using a “cell shading” technic, that they like to call “Concept Art Style”, instead of the original “realistic” look. Some of the beta places and characters seen in the early screens are not be present in the final version or were heavily changed. Also, in the final game’s code are still hidden lots and lots of beta unused elements, as we can read from Celice posts in the Cutting Room Floor Forum :