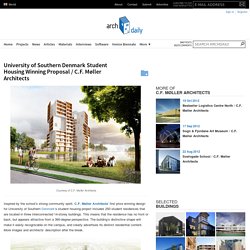 Møller Architects’ first prize winning design for University of Southern Denmark’s student housing project includes 250 student residences that are located in three interconnected 14-storey buildings. This means that the residence has no front or back, but appears attractive from a 360-degree perspective. The building’s distinctive shape will make it easily recognizable on the campus, and clearly advertises its distinct residential content. More images and architects’ description after the break. The project constitutes a link between the 1966 linear university campus and the new Cortex Park, a Research and Knowledge Park designed by C.F. The site’s terrain slopes gently towards an elongated wetland to the south and the residential building becomes part of the science park structure, with the three towers forming a clear landmark on the development’s eastern end.

Architects: C.F. Vo Trong Nghia Architects - House for Trees. Under rapid urbanization, cities in Vietnam have diverged far away from their origins as rampant tropical forests. 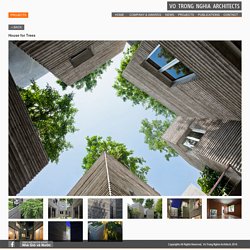 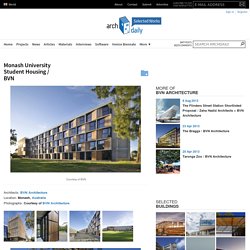 Fundamental to the project was the need to create a community whilst supporting the individual; therefore, the courtyard is the meeting point and entry to each building. It refers to traditional college accommodation where students interact from private spaces to the common. Shared spaces and vertical circulation are located at the centre of each building encouraging interaction.

The main communal spaces are double storey volumes playing an important role in connecting all levels and defining the architectural composition. This project has achieved a 5 star Green Star As Designed rating and is in the process of assessment for an As Built 5 Star rating. . * Location to be used only as a reference. 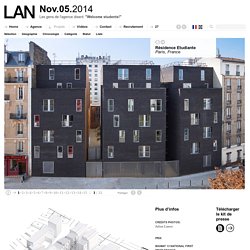 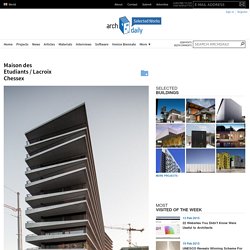 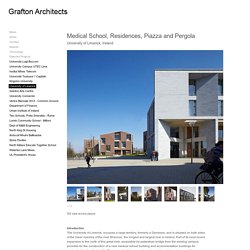 Part of its most recent expansion to the north of this great river, accessible by pedestrian bridge from the existing campus, provides for the construction of a new medical school building and accommodation buildings for students attending the facility. These new buildings are also intended to address a large public open space which will ultimately become the focal point for this expansion of the campus to the North.