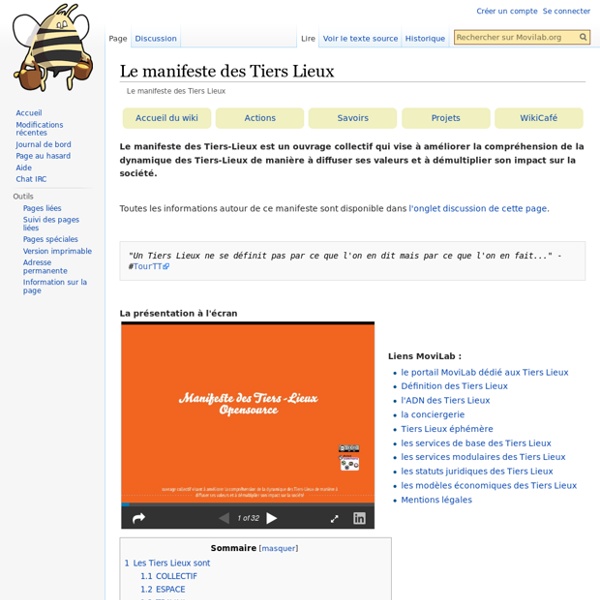 Can the Maker Movement Infiltrate Mainstream Classrooms? New York Hall of Science/Maker Faire At the White House Maker Faire recently, where President Obama invited “makers” of all ages to display their creations, the President investigated a robotic giraffe, a red weather balloon and shot a marshmallow cannon made by a student. With so much fanfare and media attention on the event, some educators are hopeful that the idea of tinkering as a way of learning might finally have made it back to the mainstream. The 5 Coolest Coworking Spaces in New York City While technology has allowed us to live in what TNW Editor Brad McCarty refers to as “The Next Workplace,” corporate mindsets and mundane office life stands in the way of a truly progressive workstyle. Today’s entrepreneurs in New York City’s thriving tech scene won’t stand for reactionary ways. The city is home to several innovative incubators like Prehype and Betaworks, and early stage accelerators like TechStars, DreamIt Ventures, NYC Seed and ERA, all experimenting with new ways to cultivate young companies in the city that never sleeps.

ARCHITECTES, COWORKING, ESPACES EN RÉSEAUX /////////////////////PHOTO CI-DESSUS: La Nave, espace de coworking à Madrid/////////////////////“SPACE MATTERS”Space matters. It represents a prominent aspect of humanity’s existential nature – as the primordial basis of architecture and a basic prerequisite for our exploration of our world. Our entire lives are literally embedded in space. We are constantly surrounded, affected and shaped by it – whether consciously perceived or unconsciously experienced. Schools of the 21st Century - NSW Department of Education We need to equip our students for the world of tomorrow. That's why we are delivering up to 1,600 new or refurbished classrooms and learning spaces across NSW. It's an important investment to help all students build the required skills for successful lives. Students learning with new technologies

The system is failing, hack the system We live in an unsustainable world. Our climate is warming. Our food system is failing. Our clean water sources are drying up. But fear not, social entrepreneurs are here to the rescue! 5 Ingredients for Building Community Over the past few years, people often ask how Designer Fund has built a community of over 100 top designers including founders, leads and angels. Building and sustaining our community from the ground up hasn’t been easy. I’ve learned that you need to intentionally design a community with at least five key ingredients: Purpose, People, Practice, Place, and Progress. People naturally gravitate to communities that represent their values and beliefs. The mission behind an organization is fundamental to our personal narrative of “why” we should spend our time and money toward it. Just look at any religion, cause, brand or company you care about.

As a digital nomad, trying to get work done in a hotel can be isolating, not to mention difficult if your neighbors won’t stop shouting at one another through paper-thin walls. Across the world, coworking provides a hip solution for independent workers, with locations ranging from tiki huts in the middle of jungles to swank urban art centers. Here are a few we enjoy: Hubud, (Bali, Indonesia) Just a few feet down the road from a monkey forest, Hubud’s bamboo office has one of the best Wi-Fi signals in Ubud (though we’re not quite sure how much that means), as well as an organic cafe that serves green juice and other healthy goodies. Macao: chronicle of an occupation Walking hastily past Formigoni's Pirellone bis building, many suddenly had an amusing thought: are the Lavoratori dell'arte completely mad? Could this be Macao? The group continued along Via Galvani towards Milan's central station but then, just after crossing Via Gioia, their thought became a certainty: they are mad!

Using archetypes to match learning spaces with physical and digital spaces We all know that education is changing rapidly. We've all been to conferences where the keynote speaker shows slides depicting how vastly different the world is now to 25 years ago and how vastly different it will be in another 25 years. We know that the internet has lots of information and that the educator's job is to support students as they wade through the mire that is the World Wide Web. So just how is this changing the physical education landscape? Maker democracy: Roberto Unger, progressive politics, and collaborative experimentation It is Maker Day. You catch the ziptrain into the city. As the conburbs flash by, you browse the Maker Day app on your phone. Maker Day has only been around a couple of years.

Sloyd Education Theory: Making Things With Your Hands Makes You Smarter I love learning, and I hate school. Sitting in a classroom while a teacher drones on is my idea of torture. It's unnatural and it's boring. But if there's a physical problem to solve—let's say I'm making something in the shop, and it keeps breaking, and I have to find things to read/listen to/watch in order to figure out why it keeps breaking, and then I make it and it doesn't break, I love that. Otto Salomon, a revolutionary Swedish educator in 19th-Century Sweden, also realized that classrooms were boring. He also found that children misbehaved as a result.