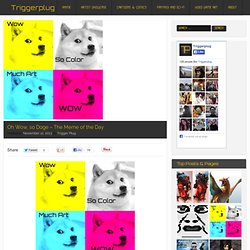 I say as both my wife and myself prepare for a busy day ahead of us. She walks over, what I show her I cannot remember, and she gives me a compliment. Meme of the Day: G-G-G-G-GIFS!!! Upon seeing that Doge was so popular (and entertaining), I couldn’t help but look for other memes to share. 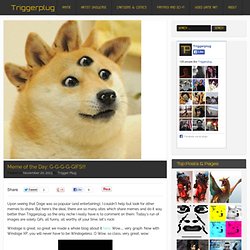 But here’s the deal, there are so many sites which share memes and do it way better than Triggerplug, so the only niche I really have is to comment on them. Today’s run of images are solely Gifs, all funny, all worthy of your time, let’s rock: Windoge is great, so great we made a whole blog about it here. Wow… very graph. Now with Windoge XP, you will never have to be Windogeless. But enough Windoge, he’s old news. And DBZ too. Proof (maybe)! Sea Creatures, Aliens, and More… Upon risking the reduction of quality on my blog (if such a thing exists for Triggerplug) I will be diving into a more tabloid-ish topic. 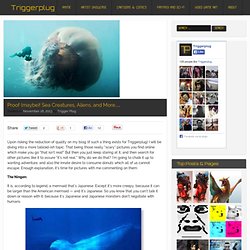 That being those really “scary” pictures you find online which make you go “that isn’t real!” But then you just keep staring at it, and then search for other pictures like it to assure “it’s not real.” Why do we do that? I’m going to chalk it up to wanting adventure, and also the innate desire to consume donuts which all of us cannot escape. Meme of the Day: Right in the Feels. Right in the Feels… while the majority of memes get you laughing, this one plays with your emotions and leaves you in the gutter… of emotion. 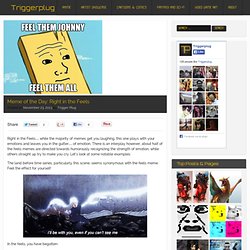 There is an interplay however, about half of the feels memes are directed towards humorously recognizing the strength of emotion, while others straight up try to make you cry. Let’s look at some notable examples: The land before time series, particularly this scene, seems synonymous with the feels meme. Feel the effect for yourself: HAHAHA NO – Meme of the Day. I think a part of myself understands this meme, and the other part is still left wondering what is happening. 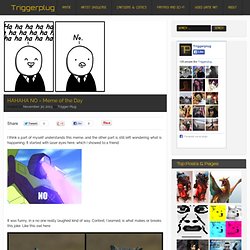 It started with laser eyes here, which I showed to a friend: It was funny, in a no one really laughed kind of way. Context, I learned, is what makes or breaks this joke. Like this owl here: Right, still no context. The amount of confusion and embarrassment on her face is almost… overwhelming. Just as Planned…. Meme of the Day. Alright, so there’s this anime called Death Note, and in said Anime, many things happen, including this line right here which is now apparently famous: At first, there isn’t anything too funny about all this, the general reaction to Light’s planning really looks like the following: Oh the satisfaction, so I was surprised to see that this bit go viral. 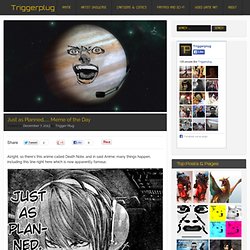 Video Game Logic – Meme of the Day. Lots of people like video games, and the holidays are in full effect, which means video games will be bought and enjoyed. 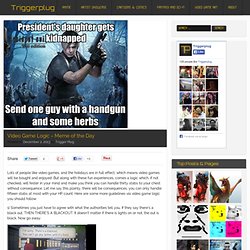 But along with these fun experiences, comes a logic which, if not checked, will fester in your mind and make you think you can handle thirty stabs to your chest without consequence. Let me say this plainly, there will be consequences, you can only handle fifteen stabs at most with your HP count. Here are some more guidelines via video game logic you should follow: 1) Sometimes you just have to agree with what the authorities tell you.

If they say there’s a black out, THEN THERE’S A BLACKOUT. 2) Gun bullets are not necessarily life threatening, particularly in a third person viewpoint. 3) It is not the amount of manpower that makes a difference — it is the man. 4) Size is not a factor when it comes to inventory. 5) The obvious is not necessarily the correct when it comes to captions. Meme of the Day: Horse Head Mask. We all know this Meme, we all know him: Horse Head… Where did he come from, who is he? 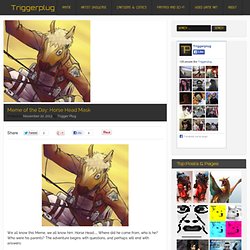 Who were his parents? The adventure begins with questions, and perhaps will end with answers: The Origin of Horse Head: I like to think that Horse Head doesn’t really wear a mask. Perhaps it is a horse head mask covering his face — but I believe it is more likely that his horse face covers a mask, his self projected through a supernatural ability. We all wear masks, metaphorically speaking. Raised by talking horses, and an alien among aliens. Feeble attempts were made to return to his horse brother. In this anonymity within the Internet, Horse Head found some comfort. And this was when Horse Head learned the ways of everyday human living. To Brush Teething: To Audience making: Meme of the Day: Well, There’s Your Problem. You called me about a problem? 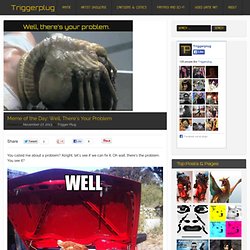