This is what happens when you put Mr Bean's face on some famous historical portraits - Lost At E Minor: For creative people. If Hermione Were The Main Character In "Harry Potter" 16 Struggles All Women Who Look Like "Nice Girls" Have To Deal With. I am a nice person…sometimes. 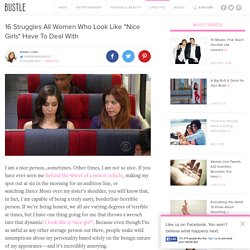 Other times, I am not so nice. If you have ever seen me behind the wheel of a motor vehicle, staking my spot out at six in the morning for an audition line, or watching Dance Moms over my sister’s shoulder, you will know that, in fact, I am capable of being a truly nasty, borderline-horrible person. If we’re being honest, we all are varying degrees of terrible at times, but I have one thing going for me that throws a wrench into that dynamic: I look like a “nice girl”. Because even though I’m as awful as any other average person out there, people make wild assumptions about my personality based solely on the benign nature of my appearance—and it’s incredibly annoying.

By “nice girl,” I mean that when my face is in repose, I look friendly and approachable. People are always asking you to watch their stuff. Una crisis de pareja explicada en 32 GIFs de Ryan Gosling. If The Characters Of <em>Pride And Prejudice</em> Could Text  Someone has made fake London Underground signs, and whoever did it is a ruddy genius. Este restaurante ha encontrado la mejor manera de trolear a Yelp. 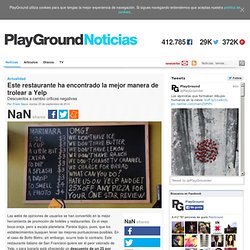 The ultimate guide to tube etiquette: 20 things you need to know to be a good commuter. © Robbie Khan Riding the tube: it’s harder than you’d think. 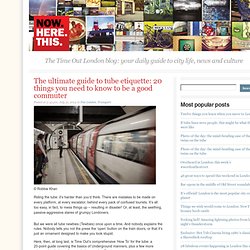 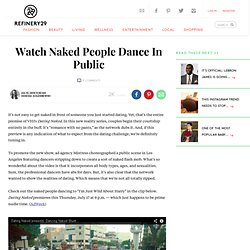 Yet, that's the entire premise of VH1's Dating Naked. In this new reality series, couples begin their courtship entirely in the buff. 12 Things Men Do Differently To Women. #7 Is Priceless. This Is What Disney Characters Would Look Like in the Real World. Punziella.tumblr.com. 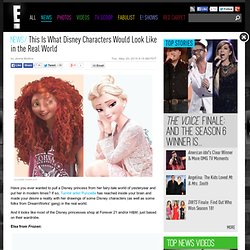 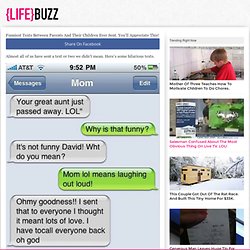 You’ll Appreciate This! Share On Facebook Almost all of us have sent a text or two we didn’t mean. Londoners' 28 worst workplace screw-ups. Student's April Fool phone prank on teacher goes viral. Students at a Catholic college in America have got her own back on a teacher who made them answer their phones on loudspeaker if they rang during a lesson. 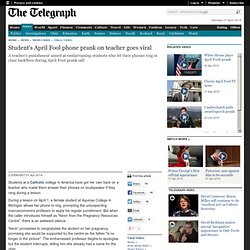 During a lesson on April 1, a female student at Aquinas College in Michigan allows her phone to ring, prompting the unsuspecting macroeconomics professor to apply his regular punishment. But when the caller introduces himself as "Kevin from the Pregnancy Resources Centre", there is an awkward silence. 'Kevin' proceedes to congratulate the student on her pregnancy, promising she would be supported by the centre as the father "is no longer in the picture".

The embarrassed professor begins to apologise, but the student interrupts, telling him she already had a name for the child. "The first name will be April, and the middle name will be Fools," she teases as the class bursts out laughing. After a pregnant pause the blushing professor got the joke and smiled with relief. Jude Law Makes Funny Faces With Jimmy Fallon. Jude Law is lucky that women find a sense of humour sexy - because these faces certainly are not. 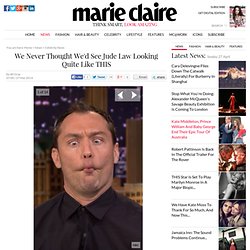 During a visit to US chat programme The Tonight Show, the British actor, 41, proved that he's game for a laugh as he joined host Jimmy Fallon in a Funny Face-Off. Jimmy presented Jude with short video clips of kids making their best funny faces. We're guess Jude was thinking of his own four kids because he instantly snapped into silly dad mode as he attempted to recreate their faces. For the final challenge, Jude and Jimmy had to recreate this brilliant face. Comedian Chris D’Elia Perfectly Impersonates Drunk Girls — And It’s Everything. 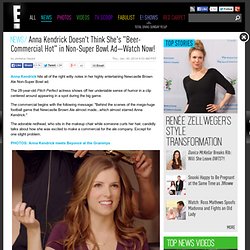 The 28-year-old Pitch Perfect actress shows off her undeniable sense of humor in a clip centered around appearing in a spot during the big game. The commercial begins with the following message: "Behind the scenes of the mega-huge football game that Newcastle Brown Ale almost made...which almost starred Anna Kendrick. " My Imaginary Well-Dressed Toddler Daughter. As an homage to Johnny Cash, Quinoa is proud ... Parody Pinterest account makes fun of parents who dress their kids cool [18 pics] In real life, Tiffany Beveridge is a writer with two averagely dressed sons, but on Pinterest she’s a hip mom with an even hipper young daughter named Quinoa. 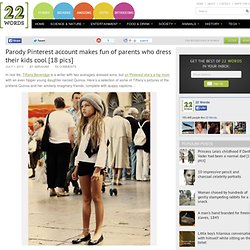 Here’s a selection of some of Tiffany’s pictures of the pretend Quinoa and her similarly imaginary friends, complete with quippy captions… Share the hilarity with your friends using the buttons below! I Wish This Guy Was My Neighbor... He's Hilarious! Atención a cómo subían las escaleras las modelos... 23 Things That Enrage New Yorkers. What Happens When the President Sits Down Next to You at a Cafe - Robinson Meyer. I learned that even Obama knows young people don't use Facebook anymore. Before Thursday into Friday, my head cold got worse, so on Friday morning I walked down to a bar-cafe-restaurant in my neighborhood.

I had been there for a few hours when youthful, vigorous men and women wearing Business Semi-Formal started quietly going one by one among the customers sitting near me. They would crouch, adopt an expression of deep sympathy, and say something. The customer would look a little confused, pick up laptop and coat, and move to another table. Scientists tell us their favourite jokes: 'An electron and a positron walked into a bar…' Physics ■ Two theoretical physicists are lost at the top of a mountain. Starbucks Sends Cease and Desist to Brewpub Serving ‘Frappicino’ Beer, Owner Responds. A small brewpub some 40 miles outside of St. Louis was forced to change the name of one of its products after receiving a formal cease and desist letter from Starbucks. The coffee giant's lawyers sent a letter earlier this month asserting that Exit 6's "Frappicino" brew — which owner Jeff Britton claims would in fact have been called "Frappuccino" if it weren't for his poor spelling — may have been mistaken for an officially licensed Starbucks product, and that wouldn't haven't been good.

For his part, Britton has now apologized — profusely, repeatedly, sardonically — for "any damage Exit 6 did to Starbucks. " He even sent along a check for $6. How sweet. Britton probably heard about what the chain did to Bangkok coffee vendor Starbung, now known as "Bung Tears," and of its rigorous crackdown on Charbucks of New Hampshire. Rihanna Cara Delevingne Barbados Vacation Instagram Pic. Among other things, Rihanna is known for her lavish vacations.

Also, among other things, Cara Delevingne is known for her over-the-top facial expressions. We know these international babes are good friends — at one point, Delevingne was reportedly recording her album with Rihanna's producer, and it seems like things only warmed up from there. She talked about RiRi's great advice for W magazine, saying the singer helped her out when she was suffering from workaholic syndrome.

Oh, and there was even a fantastical rumor that they were going to be roommates. So, when you get these two down to Barbados? It begins with an adorable, smiley snap of the pair goofing around and, presumably, having the time of their lives. But, it only gets better from there. Apparently, Rihanna and Ms. Seriously, though, these two are adorable together. The 28 Most Flawless Responses To A Wrong Number Text…LOL! Some Concerns About Sauron's Battle Plan. 38 Test Answers That Are 100% Wrong But Totally Genius At The Same Time.