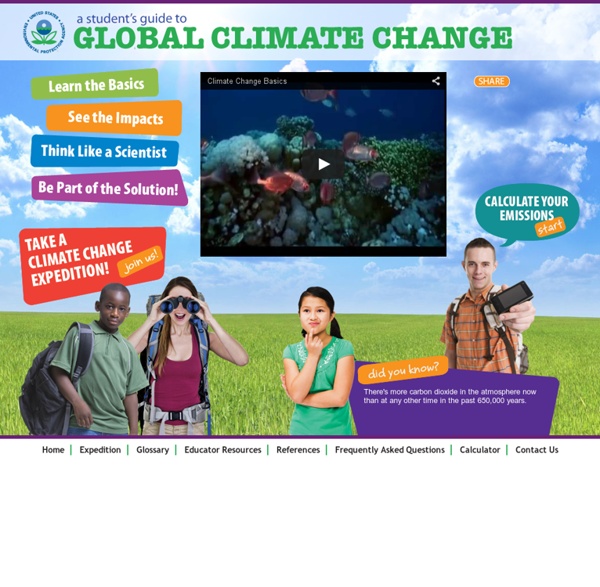 Polar Bears and Climate Change Floods. Droughts. Heat waves. Massive storms. Climate change is not just about polar bears, the iconic symbol of a melting Arctic. It affects the entire planet. In fact, if our chief scientist, Dr. "Events like these will continue to increase in number and severity as the world continues to warm." What's causing climate change? What's causing climate change? Greenhouse gases (GHGs) in the atmosphere act like a blanket that keeps the earth warm. Other factors such as deforestation have added to the problem. Do scientists agree about climate change? The laws of physics dictate that the world will grow warmer and warmer as greenhouse gas concentrations rise. Are scientists still debating climate change? The important point to remember is that natural fluctuations in the climate system will continue with global warming, but the baseline will climb higher and higher. And once we cross those thresholds, it will be bad news not only for polar bears—but countless other species, including humans.

WWF: Climate change Carbon dioxide, or CO2, is the most significant of the gases in our atmosphere which keep the Earth warm. 4 billion years ago its concentration in the atmosphere was much higher than today - 80% compared to today's 0.03%. But most of it was removed through photosynthesis over time. A natural carbon dioxide cycle keeps the amount of CO2 in our atmosphere in balance. The amount of naturally produced CO2 is almost perfectly balanced by the amount naturally removed.

imgres 1 3,200 Year Old Tree Never Been Captured In A Single Image... (Distractify) Cloaked in the snows of California’s Sierra Nevada, the 3,200-year-old giant sequoia called the President rises 247 feet. Two other sequoias have wider trunks, but none has a larger crown, say the scientists who climbed it. The figure at top seems taller than the other climbers because he’s standing forward on one of the great limbs. The trunk is 27 feet wide and the his mighty branches hold 2 billion needles, the most of any tree on the planet. Giant sequoias exist in only one place, where The President and smaller trees that make up his “House” and “Senate”, reside. The team painstakingly put together a set of pulleys and levers to climb the tree. Awesome stuff. Chael Nichols, Ngm staff. Order Large Format Prints at: NationalGeographicCart.com

WWF: Climate Change | Threats Shop to Support WWF Shop at AmazonSmile to support our global conservation efforts every time you buy. It’s the same Amazon.com you know—same products, same prices—and 0.5% of each purchase price is donated back to WWF. Why Iʼm a Feminist | Samantha Goodyear As a high school student, I encounter sexism all too often. In the past few months, several incidents have occurred that have caused me to reﬂect on the way gender inequality is still so prominent in our culture, especially for me now, as a high school student. It may be hard to grasp that in the year 2014, in a country like Canada where I live, I am still surrounded by sexism, but this is the reality. It often seems like I can't sit through a class without having to speak up in defense of my gender at some point. Now, I consider myself a feminist, and proudly wear that label. A couple of weeks ago, a teacher told our class that men are stronger leaders than women. Standing up for gender equality is so important to me because when they get to high school, I want my little brothers to be able to take whatever courses they want and dress however way they want without pressure or judgment. Gender roles are only part of the problem, though.

The Fairy Tale Forest By Ildiko Neer | Travel Klix Hungarian photographer Ildiko Neer began operations in 2009. He draws his inspiration from nature, but a special thrill is wood – the sun makes its way through the trees, the sound of leaves and stunning colors of autumn. All this was reflected in the works of photographer. This amazing photographer really have the eye for a good nature photo. Landscapes, landscapes news, landscapes photos, nature, nature landscapes, nature news, Nature Photos, Photos, travel landscapes, travel nature, Travel News, Travel Photos, Travel Tips