What A Wonderful World With David Attenborough 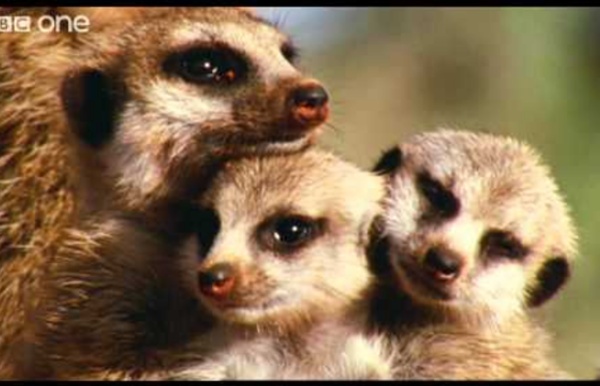 Zoo Animals and Their Discontents Photo Dr. Vint Virga likes to arrive at a zoo several hours before it opens, when the sun is still in the trees and the lanes are quiet and the trash cans empty. Many of the animals haven’t yet slipped into their afternoon ma­laise, when they retreat, appearing to wait out the heat and the visitors and not do much of anything. Virga likes to creep to the edge of their enclosures and watch. Games, Activities for ESL Classroom Teaching Actions, Colors, Numbers Practice Vocabulary Related to Action Verbs, Colors, Numbers, with this ESL War Game. Animals, Colors, Clothes, Numbers

21 More Strange Animals You Didn’t Know Exist You might think you’ve seen the world over, under, around and through, but there will still be wonders that will make your eyes pop. Even if you’re a dedicated animal enthusiast, you can’t honestly expect to know all of the 1,367,555 non-insect animal species, that are identified on the face of Earth today! Besides, new animal species might be discovered by the time you finish reading this text, so there will always be some new surprises for us out there. [Read more...]

Classroom Games for Intermediate & Advanced English Learning, Teaching a, an, & Articles, Singular/Plural Practice A an the spin using this ESL fun Game. Adjectives vs. Wildlife is absolutely thriving at Chernobyl disaster site It's hard to find a bright side to the world's worst-ever nuclear disaster, but wildlife may beg to differ. After the 1986 fire and explosion at the Chernobyl Nuclear Power Plant released radioactive particles into the atmosphere, everyone left, never to return. But now researchers studying animal populations have made a seriously counterintuitive discovery: The Chernobyl site looks less like a disaster zone and "more like a nature preserve," rife with elk, roe deer, red deer, wild boar, foxes, wolves, and others. "It's very likely that wildlife numbers at Chernobyl are much higher than they were before the accident," says Jim Smith of the University of Portsmouth in the UK.

She Was Called The World's Ugliest Woman, Now She's An Inspiration by Kase Wickman 3/17/2015 Imagine you’re 17 years old. You’re surfing the web, procrastinating. You’re just passing the time on YouTube, watching inane videos and knowingly letting yourself rappel down into the rabbit hole of the internet. It’s nothing out of the ordinary, thousands of people are doing the exact same thing you are right at this exact second. Except, in all likelihood, when you click a video plainly titled “THE WORLD’S UGLIEST WOMAN,” you won’t see your own face looking back at you. Animal Mind Control Scott Youtsey/Miracle studios A normally insatiable caterpillar suddenly stops eating. A quick look inside its body reveals the reason: dozens of little wasp larvae gnawing and secreting digestive enzymes to penetrate its body wall. They have been living inside the caterpillar for days—like little vampires, feeding on its “blood”—and are finally making their exodus to build their cocoons on its bright-green exterior. In the caterpillar’s brain, a massive immune reaction is taking place—the invertebrate equivalent of a cytokine storm—and among the factors being released is an invertebrate neurohormone called octopamine. “It’s a very important compound for controlling behavior in insects,” says invertebrate behavioral physiologist Shelley Adamo of Dalhousie University in Halifax, Nova Scotia.

» Celebrate Grammar Day with this fun quiz! To share this quiz with your readers, embed this in your blog post by pasting the following HTML snippet into your web editor: Please attribute this content to grammarly.com/grammar-check. Get it free now Are you sick of making embarrassing grammar mistakes? Animals Rule Chernobyl 30 Years After Nuclear Disaster Marina Shkvyria watches for animal tracks as she walks toward an abandoned village in the Chernobyl Exclusion Zone, the area sealed to the public after a nuclear power plant exploded here 30 years ago, on April 26, 1986. Spotting one, she crouches and runs her finger over the toes of a wolf print in the loose sand. It may seem strange that Chernobyl, an area known for the deadliest nuclear accident in history, could become a refuge for all kinds of animals—from moose, deer, beaver, and owls to more exotic species like brown bear, lynx, and wolves—but that is exactly what Shkvyria and some other scientists think has happened. Without people hunting them or ruining their habitat, the thinking goes, wildlife is thriving despite high radiation levels. Shkvyria is a wolf expert at the Ukraine’s National Academy of Sciences, and one of a handful of scientists following the fate of Chernobyl’s wildlife. She discovered the wolf pack near the village using unorthodox, but cheap, methods.

Masters of Disguise By Wil Longbottom Updated: 07:29 GMT, 8 December 2011 Stare at these pictures for long enough and you might just spot some clever creatures playing the ultimate game of hide and seek. This Satanic Leaf-tailed Gecko is barely visible against the leaves in the Andasibe-Mantadia National Park, Madagascar. These amazing animals are true masters at blending effortlessly into their environment as a means of survival in the natural world. Blending in: This Satanic Leaf-tailed Gecko hides from predators in Andasibe-Mantadia National Park, Madagascar, or is it just a leaf? Nothing to see here: A Bat-faced Toad hides among dead leaves in Amacayacu National Park, Colombia

Ten ways talking in English baffles Swedes A Viking - sometimes pronounced 'Wiking', in Sweden. Photo: Shutterstock While Swedes were recently ranked the world's best non-native English speakers, there are a few common - and often charming - mistakes The Local's team has spotted while chatting to them in their second language. 1. Sheep shoes The World's Smallest and Deadliest Animals Smallest And Deadliest Animals: Poison Dart Frog The sprightly and brightly colored frog may look enchanting, but it can produce enough poison to kill 10 humans. Thriving in humid, tropical environments of Central and Latin America, the poison dart frog oozes black slime from its back, which is actually a neurotoxin used to ward off predators. Australian Box Jellyfish Found across the northern half of Australia – particularly in Queensland – the box jellyfish washes up on the shores after heavy rain and high tide.

Everyone Believes These 16 "Facts" But Unfortunately They're Complete Lies 1. Chameleons change their color to blend into their surroundings. The color changing skill that chameleons have is actually to express their mood and mating behavior. Instead of a camouflage technique, it's a way to communicate. 2. Camoflauge in Animals Mimicry Some animals and plants look like other things -- they mimic them. Mimicry is another type of deceptive coloration. It can protect the mimic from predators or hide the mimic from prey. If mimicry was a play, there would be three characters.