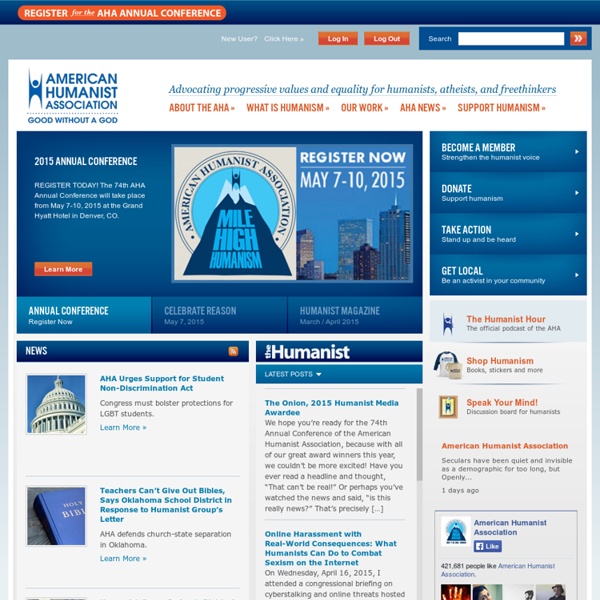 The Christopher Hitchens Web WhitePagesGoesGreen.org by YellowPagesGoesGreen.org (Yellow Pages Directory Inc.) is a leading online directory allowing users to search an online database and telephone directory for all telephone numbers in the USA. Using the above boxes, simply type in a name and location. Even if you don't have the complete information, the telephone number lookup database can help you find phone numbers. Using WhitePagesGoesGreen.org, you'll be on your way to finding residential phone numbers and connect with the person you're looking for. Research Finds that Atheists are Most Hated and Distrusted Minority Intolerance is a bitter beast. There are many groups in America that are subject to discrimination and prejudice, but none are more hated than atheists. Research conducted a couple years ago at the University of Minnesota in Minneapolis found that atheists are more distrusted than muslims or homosexuals in the US. Austin Cline from about.com writes, “Every single study that has ever looked at the issue has revealed massive amounts of bigotry and prejudice against atheists in America. The most recent data shows that atheists are more distrusted and despised than any other minority and that an atheist is the least likely person that Americans would vote for in a presidential election. It’s not just that atheists are hated, though, but also that atheists seem to represent everything about modernity which Americans dislike or fear.

Göbekli Tepe By Charles C. Mann Photograph by Vincent J. Humanist Manifesto III Humanism is a progressive philosophy of life that, without supernaturalism, affirms our ability and responsibility to lead ethical lives of personal fulfillment that aspire to the greater good of humanity. The lifestance of Humanism—guided by reason, inspired by compassion, and informed by experience—encourages us to live life well and fully. It evolved through the ages and continues to develop through the efforts of thoughtful people who recognize that values and ideals, however carefully wrought, are subject to change as our knowledge and understandings advance. This document is part of an ongoing effort to manifest in clear and positive terms the conceptual boundaries of Humanism, not what we must believe but a consensus of what we do believe.

GOD AND NATURE Before he even opened his mouth, most of the 1,600 people in the audience were on their feet. Hands flew together and a chorus of shouts and whoops filled the large Richmond, Kentucky, auditorium, which had reached capacity well before that warm October night’s Chautauqua lecture was scheduled to start. In three separate viewing rooms in buildings just steps away from the assembly hall at Eastern Kentucky University’s Brock Auditorium, video screens had been erected to simulcast the event to the 600+ disappointed fans turned away at the door. Who was responsible for this adoring, zealous support in a small college town in rural Kentucky? Whose most recent book did this throng of mostly young adults clutch in their hands, hoping to see his autograph scrawled upon its title page? A great British evolutionary biologist—a man hailed for his skill at communicating science to the masses—Richard Dawkins.

NeuroTribes "The Structure of Flame" by autistic artist Jessica Park. Courtesy of Pure Vision Arts: In 2007, the United Nations passed a resolution declaring April 2 World Autism Awareness Day — an annual opportunity for fundraising organizations to bring public attention to a condition considered rare just a decade ago. Watch Daniel Dennett’s ‘How to Tell You’re an Atheist’ speech May 28, 2012 This past year at the Global Atheist Convention in Melbourne, famed American cognitive scientist, philosopher and atheist, Daniel Dennett, delivered a speech entitled “How to Tell You’re an Atheist.” Dennett, along with Richard Dawkins and the late Christopher Hitchens, might best be described as the Holy Trinity of atheism. Where Hitchens was a brilliant, militant and supremely eloquent orator, able to logically eviscerate believers left and right, and Dawkins was the scientist provocateur of the three, Dennett has been the more subtle tactician, combining the best of Hitchens and Dawkins without as much attention. Dennett looks rather like a hybrid of a college philosophy professor and Santa Claus dressed in business-casual attire, which works to his favor: his grandfatherly, non-confrontational approach might be better able to convince the faithful to entertain atheism than Dawkins and Hitchens’ militancy.

Physics and the Immortality of the Soul [Cross-posted at Scientific American Blogs. Thanks to Bora Z. for the invitation.] The topic of “Life after death” raises disreputable connotations of past-life regression and haunted houses, but there are a large number of people in the world who believe in some form of persistence of the individual soul after life ends.