Sirius. Sirius appears bright because of both its intrinsic luminosity and its proximity to Earth. 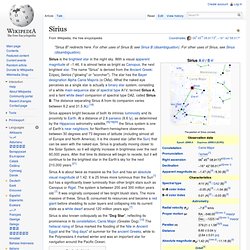 At a distance of 2.6 parsecs (8.6 ly), as determined by the Hipparcos astrometry satellite,[5][19][20] the Sirius system is one of Earth's near neighbors; for Northern-hemisphere observers between 30 degrees and 73 degrees of latitude (including almost all of Europe and North America), it is the closest star (after the Sun) that can be seen with the naked eye. Sirius is gradually moving closer to the Solar System, so it will slightly increase in brightness over the next 60,000 years. After that time its distance will begin to recede, but it will continue to be the brightest star in the Earth's sky for the next 210,000 years.[21] Sirius A is about twice as massive as the Sun and has an absolute visual magnitude of 1.42.

It is 25 times more luminous than the Sun[7] but has a significantly lower luminosity than other bright stars such as Canopus or Rigel. Observational history[edit] Kinematics[edit] Family tree of the Greek gods. Cygnus (constellation) Cygnus contains Deneb, one of the brightest stars in the night sky and one corner of the Summer Triangle, as well as some notable X-ray sources and the giant stellar association of Cygnus OB2. 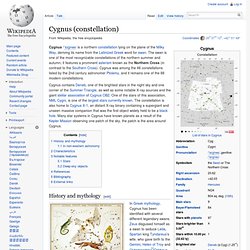 One of the stars of this association, NML Cygni, is one of the largest stars currently known. The constellation is also home to Cygnus X-1, an distant X-ray binary containing a supergiant and unseen massive companion that was the first object widely held to be a black hole. Orion (constellation) The earliest depiction that has been linked to the constellation of Orion is a prehistoric (Aurignacian) mammoth ivory carving found in a cave in the Ach valley in Germany in 1979. 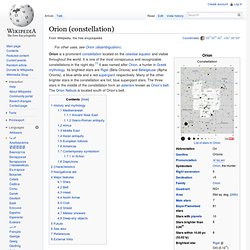 Archaeologists have estimated it to have been fashioned approximately 32,000 to 38,000 years ago.[2][3][4] The distinctive pattern of Orion has been recognized in numerous cultures around the world, and many myths have been associated with it. GODDESS WISDOM. Shamans as Schizophrenics. If we assume that what western clinicians call “schizophrenia” is a neurobiological condition, we would expect to find it among all humans. 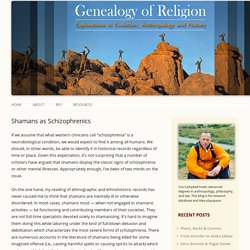 We should, in other words, be able to identify it in historical records regardless of time or place. Given this expectation, it’s not surprising that a number of scholars have argued that shamans display the classic signs of schizophrenia or other mental illnesses. Appropriately enough, I’ve been of two minds on the issue. On the one hand, my reading of ethnographic and ethnohistoric records has never caused me to think that shamans are mentally ill or otherwise disordered. In most cases, shamans must — when not engaged in shamanic activities — be functioning and contributing members of their societies. 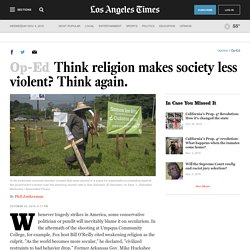 In the aftermath of the shooting at Umpqua Community College, for example, Fox host Bill O'Reilly cited weakening religion as the culprit. "As the world becomes more secular," he declared, "civilized restraints to bad behavior drop. " Former Arkansas Gov. Mike Huckabee offered similar sentiments after the 2012 school shooting in Newtown, Conn., blaming such wanton violence on the fact that "we have systematically removed God from our schools. " The theory is simple: If people become less religious, then society will decay. The Book of Enoch full film. Encyclopedia: Medieval Cosmology and Worldview. Medieval cosmology was centered around the concept of the Ptolemaic universe, named after Greek astronomer Ptolemy (ca. 150 CE). 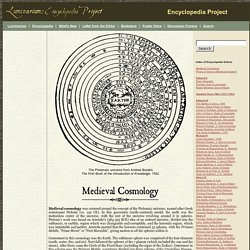 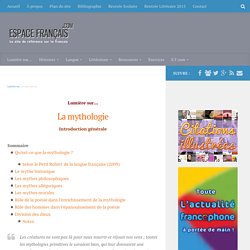